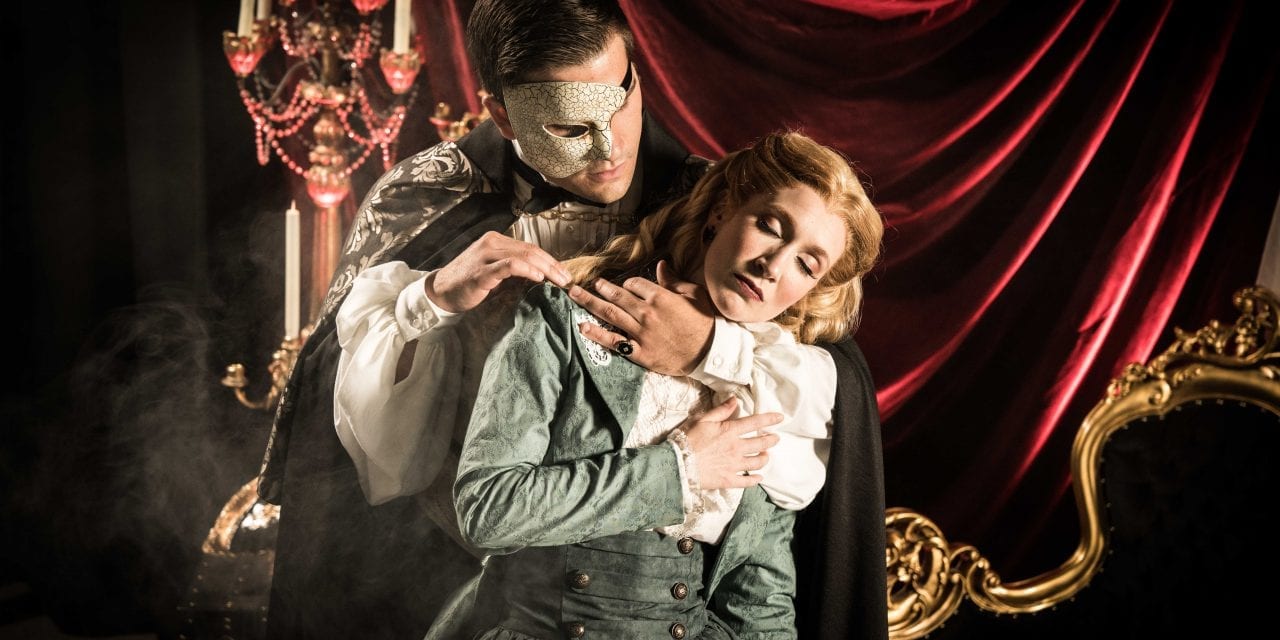 SANDY – In 1910, Gaston Leroux published his novel The Phantom of the Opera. There have been many subsequent interpretations since then, most notable of course is Andrew Lloyd Webber’s 1986 musical, The Phantom of the Opera. A lesser known musical version, Phantom, debuted in 1991 from composer Maury Yeston and playwright Arthur Kopit. Directed by John J. Sweeney, Hale Centre Theatre has chosen to produce this overshadowed tale of the haunted Paris opera house and the Phantom (played by Preston Yates) that resides there.  It is hard not to compare this production to Andrew Lloyd Webber’s musical, making it a bold choice for HCT. While there are many aspects of the musical and HCT’s production that work well and have stand alone merit, Phantom does not measure up.

Upon entering the theatre, the enormous and excessively lavish TV screens that wrap around the top of the theatre showed images of lavender fields, perhaps an acknowledgement of HCT’s sponsor and stage namesake, Young Living Essential Oils. While the bright purple flowers were only in appearance before the production started, they were out of place and not flitting for the mood and atmosphere of the show. These screens largely distract from the production, rarely adding value. While I found there were a couple of times that they may have added a nice touch, like the Paris landscape during the outdoor scenes on the Paris streets, it was not enough to make up for the other times where they are simply a frivolous addition. I was pleased to see, however, that they were not quite as overused as in previous productions I have seen in this theatre. 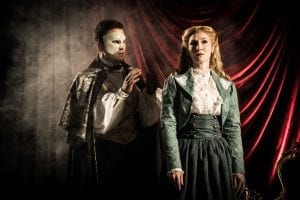 Preston Yates as the Phantom and Lisa Zimmerman as Christine Daae.

Aside from the television screens, the design elements are of utmost quality, and in this production are nothing short of extravagant. Set designer Kacey Udy and lighting designer Michael Gray expertly provide an immaculate setting that is elegant as well as ominous. While I tend to gravitate to more simple theatre, I do appreciate the masterful craftsmanship and ingenuity of the Centre Stage theatre, and the ease of seamless transitions that occur from set pieces being flown in from above and the movement of the stage. The stage opens up from the bottom to reveal Phantom’s lair, and large set pieces easily appear on stage, providing many different and interesting settings. The famous crystal chandelier was astonishing. As it falls, it is certainly a spectacle like none other. The use of pyrotechnics and flickering lighting throughout enhanced the effects, and I enjoyed the multitude of candles that sometimes lit the stage themselves.

Costume designer Kelsey Nichols and hair & make-up designer Trisha Ison work together to provide equally beautiful and detailed appearances and personalities of each character. The use of colorful and decadent fabrics, flowers, feathers, bows and the like are splendid, reflecting the luxury the opera house. My favorite costume was Christine’s stunning dress that she wore in the bistro scenes, which truly made her stand out her in those moments. 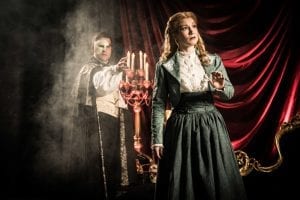 Preston Yates as the Phantom and Lisa Zimmerman as Christine Daae.

Overall, all of the cast members act and sing their parts professionally and proficiently, as one should expect from HCT, showcasing some of the region’s best talent. As Christine Daae, the Phantom’s talented love interest, Lisa Zimmerman represents the role beautifully. The strong ensemble maintained great vocals and musical expertise due to musical director Anne Puzey. The music is full-bodied and operatic, while also incorporating a notable French style. Choreography by Jennifer Hill Barlow was also excellent, with the beautiful dancing helping to enhance the production and tell the story visually.

Unfortunately, although the actor’s provide good performances, the chemistry between the characters was lacking. In the theatre, audiences yearn for palpable chemistry and connection between characters, and this was absent among most. I did not feel there was a truly strong or believable connection between Christine and the Phantom; Christine and her lover Count Philippe de Chandon (played by Cleveland McKay Nicoll); or the Phantom and his caretaker, Gerard Carriere (played by David Weekes). Exceptions to this would be the dancers Riley Cappellucci & McKay Elwood, and La Carlotta (played by Raina Thorne) and her husband, Alain Cholet (played by B. J. Whimpey).

Preston Yates’s characterization of the Phantom, or Erik, as he is commonly referred to in this version, is misunderstood and tormented. Like most good villains, Eric is an outcast and does not fit in with the world he resides in. In this production, the Phantom is less demonized, possibly allowing the audience to feel more empathy for him and his situation. Yates utilizes humor at times and makes the audience laugh to enhance the character’s humanity. While this version incorporates more of Eric’s backstory and claims to be more humanizing, I struggled to believe his motivations were as strong here, making his choices and actions less practical. He seems less obsessive and intense, so I was somewhat confused by his impulsive and violent behavior. Unfortunately, this caused me to disengage with his character and the production as a whole.

Though I wanted to appreciate this production like I appreciate the tale itself, I found myself largely uninterested. While I could see the events unfolding before me as heartbreaking, I was not moved to heartache. There were many objectively touching moments, but I never seemed to find the connection or emotion to make them work for me. This production feels lighter than other versions, and I found myself missing a menacing darkness. If you are like me and prefer the more famous The Phantom of the Opera musical, I am inclined to think that you might be bored by this production. However, I know there are those who enjoy both, and while HCT’s Phantom has its shortcomings, it is indeed a spectacle nonetheless.

Phantom plays at nightly (except Sundays), with matinees on Fridays at 4 PM and Saturdays at 12:30 PM and 4 PM through November 9, at Hale Centre Theatre (9900 South Monroe Street). Tickets are $22-52. For more information, visit www.hct.org. 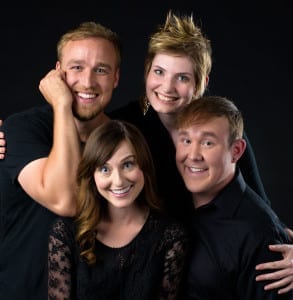 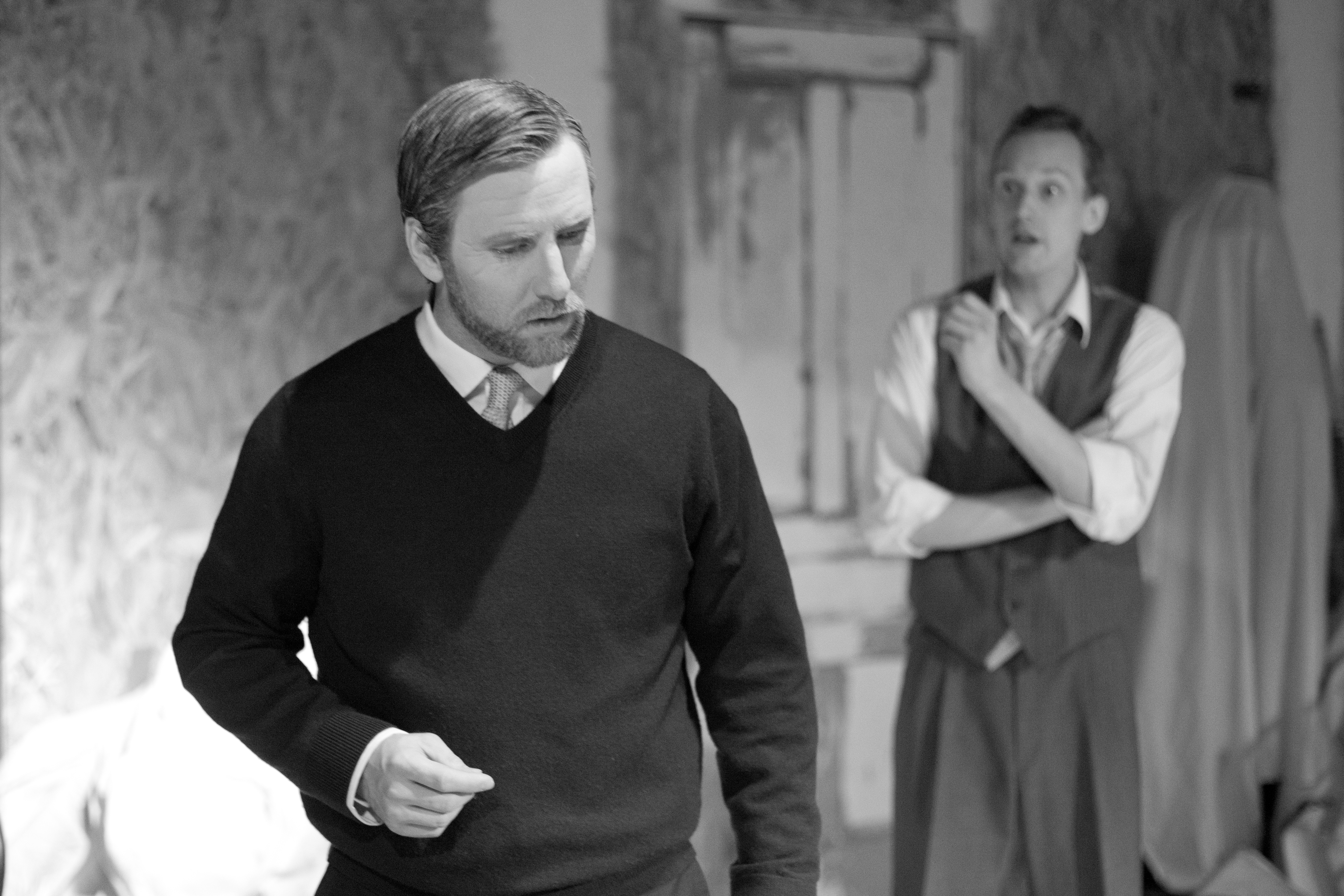 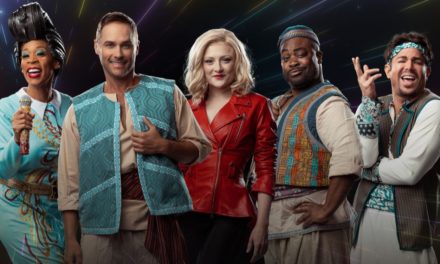 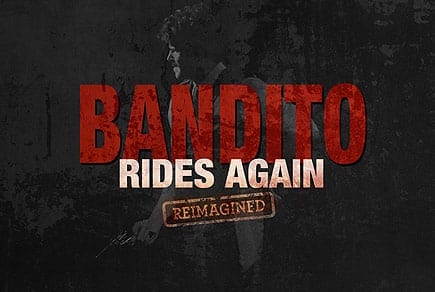