Meet the UTBA Board 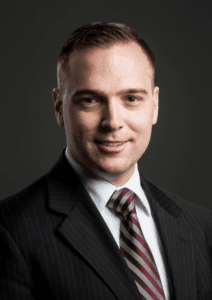 Russell Warne has been writing play reviews since 2006 and was the managing editor for UTBA from 2010 to 2017 before becoming president of the organization. He has been a member of the American Theatre Critics Association since 2012. Mr. Warne earned a minor in theatre studies and a bachelor’s degree in psychology from Brigham Young University. As president of UTBA, he oversees the editing and publication of reviews, new reviewer applications, and the internal functioning of the organization. He earned a doctorate degree in educational psychology and is a psychologist in his day job. As President, his duties include overseeing review publication and content, selecting new reviewers, and serving as a liaison to theatre companies. Readers can email him at russell@utahtheatrebloggers.com. 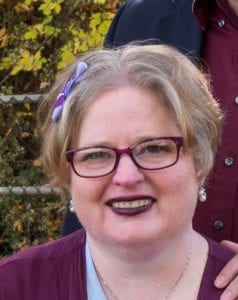 Maren Swensen has a PhD in Industrial Organizational Psychology and works as a Counselor at the Humanitarian Center in Salt Lake City helping refugees who have been resettled in the United States learn work skills and English so that they can better acclimate to life in their new country. She also serves as an expert witness on disability for the courts with the Social Security Administration and is an Adjunct Professor of Human Services at Southern New Hampshire University. Maren is the mother of two girls and stepmother of four other fantastic children. Maren has a minor in theatre and has been a member of the American Theatre Critics Association for four years. She is proud to be the Vice President of Utah Theatre Bloggers. In her spare time she loves to read, play piano, sing, and snuggle with her cat. Readers can contact her at maren@utahtheatrebloggers.com. 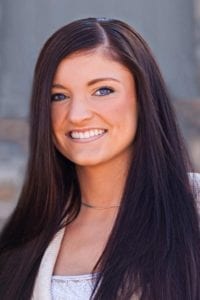 Tara Nicole Haas is an advocate for the arts and an animal rights enthusiast. She holds an M.A. in Theatre History, Theory, and Criticism from Brigham Young University and a B.S. in Theatre Arts with a minor in Music from Utah Valley University. Tara has been involved in many aspects of the theatre, but enjoys being a spectator in the audience the most. She has been writing for UTBA since 2012, and has developed a deep love and appreciation for journalistic criticism. She also wrote her Master’s Thesis on the importance of journalistic theatre criticism and the value of theatre. Tara hopes to enrich the lives of others by promoting quality theatre, and she is particularly passionate about a continually developing strong arts presence in Utah. Because of this, she is excited to take on her new role as Secretary for UTBA. When not attending the theatre, Tara works as an Aviation Records Specialist for a medical transport company, and enjoys spending time with her husband and pets. Ms. Haas’s UTBA duties are related to communication, including social media and the email newsletter. She also manages the records for the web site. Readers can contact her at tara@utahtheatrebloggers.com.

Chad had been involved with UTBA as the organization’s Treasurer since 2017. His professional background in finance and analysis includes experience at three Fortune 500 companies which will be beneficial in managing the financial affairs of UTBA. Chad has a bachelor’s degree in accounting from BYU-Idaho and an MBA from the University of Arkansas with emphases in retail and finance. Chad is an advocate for the National MS Society and hopes to be a part of curing Multiple Sclerosis. Chad also enjoys volunteering as a youth soccer coach for his three children. As treasurer, Chad is in charge of supervising the finances of UTBA. He can be contacted at chad@utahtheatrebloggers.com.

With over ten years of non-profit fundraising, Justin Ferrell has UTBA’s development officer since 2017. His UTBA duties are all related to fundraising and donor relations. Readers may contact him at justin@utahtheatrebloggers.com. 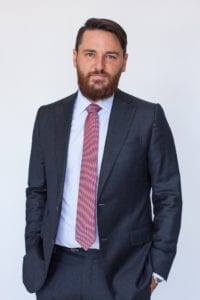 Since graduating from law school in 2009, Mark has been advocating for the underprivileged and disenfranchised as an immigration attorney.  He has practiced in Washington State, California, and Utah.  He has represented more than 15,000 clients across the globe. Mark speaks fluent Spanish.  He is a supporter of local arts in Salt Lake City, including the Utah Opera. Mark’s UTBA duties are related to legal issues, including maintaining nonprofit status for the organization. Readers may contact him at mark@utahtheatrebloggers.com.