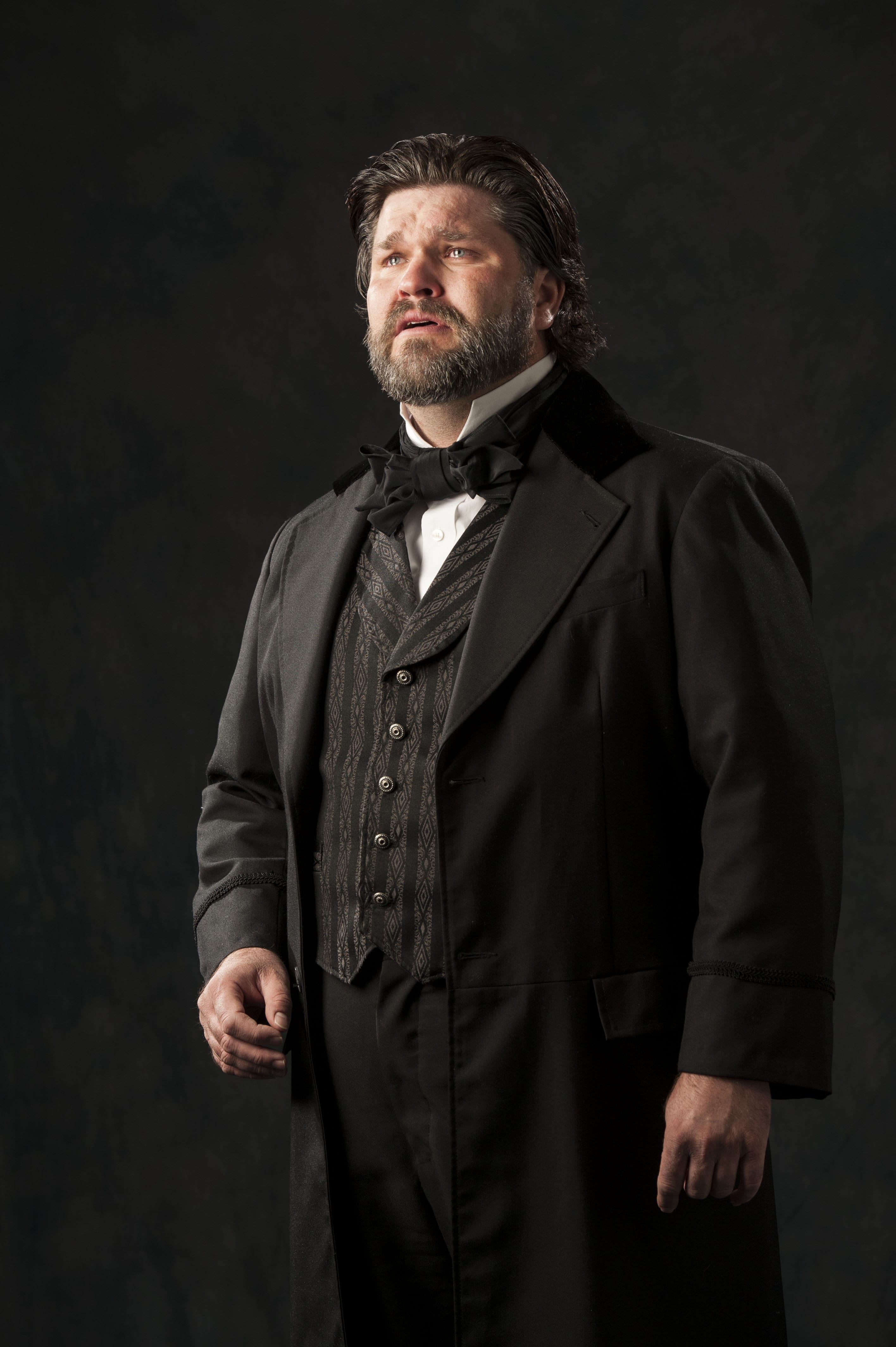 CEDAR CITY — It was an unlikely chain of events that brought J. Michael Bailey to star as Jean Valjean in Les Misérables at the Utah Shakespeare Festival. His childhood home of Clinton, Utah, had little in common with the entertainment industry. Bailey was kind enough to sit down with UTBA during the busy opening week of Les Misérables and the rest of the Utah Shakespeare Festival to talk about his past and his role as Jean Valjean. Although a farm in northern Utah is an improbable place to produce a future stage actor, the seeds of Bailey’s career were unmistakeably planted in the small town environment. “As a child, I sang a lot with my family. My mother was a songwriter and a singer; my father was a singer. As a family, we sang at fairs, in chapels, and anywhere else public. Of course, as a child you always whine about that stuff. But that’s where the love of music and the singing and performing started. I had no idea that theatre would be the way I was going to go.”

“My aspirations as a child were to be a cowboy or a professional football player,” Bailey said with sincerity. “Then I realized in high school that I was never going to be fast enough to play football, and I looked at people who had played football for many years and their bodies were breaking down with arthritis and other problems.”

Like most people in the theatre world, though, Bailey had an epiphany as a young person. “I saw The Phantom of the Opera when I was 18, on a trip I wasn’t supposed to be on because it was so expensive. But my choir teacher told me that she would pay for half of it. And there in L.A., my eyes were opened. Theatre was in my blood.”

That trip to L.A. was life-changing for Bailey. “I’m now a theatre fiend and I can’t get enough. I didn’t even do a theatre production until I got out of high school. Even after I saw the show [The Phantom of the Opera], I knew I wanted to do theatre, but I didn’t know how. I was a country boy used to feeding the chickens and watering the horses. Hard knocks was my university and just doing theatre was how I started.” Bailey explained, “A play moved me and changed my life. And now I want to do the same to other people. Being in a profession where you touch someone else’s life and make a difference is an important thing, which is why I’m drawn to this role quite a bit.”

If an actor wants to touch an audience, it’s hard to find a better show than Les Misérables. “Les Mis is definitely not fluff. It’s about what’s most important for me in life.” Bailey continued, “It’s odd, but Les Mis went Biblical for me. The two great commandments were love God and love your fellow man. What does loving your fellow man mean? Treating others with dignity and respect and being selfless. Once Valjean does this, he improves the lives of others. Everything he does, once the transformation happens, is because he becomes aware and driven to make the world around him better. I think that’s what appeals to people when they see it. I think that’s what the music has done for years. It makes people want to be better than they are.”

Bailey expounded as to why the lessons audiences learn from the story of Jean Valjean are so powerful. “Valjean is continually tested throughout his life, even after he’s made the decision to be a good person. That’s what relates to people. Once you’ve made a decision to be good, you still have trials ahead of you. One moment that I think is overlooked by audience members is when Valjean has the opportunity to do away with Javert at the barricade. And he has justification, too, because Javert can use his forces to take out Marius, who is romantically linked to Valjean’s daughter now. But, instead, Jean Valjean takes the higher road—again. He realizes that Javert is just doing his duty. Javert’s not a bad man—although maybe an overzealous one. Valjean realizes then that he can do the easy thing or the right thing. That’s a powerful, moving moment that often gets lost in a play full of moving moments.”

There are certainly challenges involved in playing the role of Valjean. Bailey is aware of the vocal difficulties of the music, and he knows of other actors who have been unable to keep up with the demands of the score on a busy performing schedule. There’s also the fact that, in just a quarter century, the part of Jean Valjean has taken on the status of a major acting role in the Western theatrical canon. Like any other role of similar stature, a set of beliefs about how Valjean “should be played” have developed in the theatrical community among artists and audience members.

Bailey, though, is unphased by the challenge of making the role uniquely his, while satisfying the Utah Shakespeare Festival audience. He described his approach to playing Valjean by saying, “I just take the role on with fresh eyes from the very get-go. I don’t want to rely on anything I’ve previously seen or anything I’ve heard. The easy thing is that the music is so beautiful, and gripping emotionally that you take your own journey with it anyway. If I just follow my own emotions it’s easy to make my Jean Valjean unique. But that’s true with acting in general. If you just follow what it does for you and follow it through your truth, then it works. It’s when you copy someone else that you’re fake and not genuine. In this production, we’re keeping some iconic moments, but the director and I are approaching it with fresh eyes about how the impulses and intentions work.” When talking about the rewards and benefits of doing Les Misérables for a Utah audience, Bailey reflected on his fellow cast members. “The situation where I get to play opposite Brian Vaughn as Javert is great. So are Max Robinson [as Thenardier] and Melinda Pfundstein [as Fantine]. When my character recognizes that Fantine is being taken away, and the realization comes that I had a part to do with that, that has always been a potent and sensitive part of the show for me. But it wouldn’t be as powerful without other wonderful actors on the stage doing their part.”

That emotional arc, though, is in contrary to roles that Bailey has played in the past, particularly the title role in Sweeney Todd. “Sweeney takes it upon himself to take revenge, and so we learn that no good ever comes from revenge. On the opposite end, Valjean decides not to take revenge, and he takes the higher road. Because of that, his life not only changes for the better, but he changes so many lives around him for the better. He becomes selfless, a catalyst for making the world a better place. The similarities between the two roles are in the humanity, not the music. In Les Mis the musical complexity is the range I have to sing; in Sweeney Todd the complexity is finding a dissonant note in a chord. But this is my first tenor role since Sweeney, and it’s been a lot of fun.”

When asked to sum up a moment that is a microcosm for the entire play, Bailey quickly answered, “I think ‘Who Am I?’ is the part of the show that’s most poignant for me. Valjean already made the decision to be better, but that’s where he makes the decision to be the best he can be. He decides to sacrifice his entire life for the benefit of someone else. It’s potent that he would sacrifice everything, because he has to in order to improve the lives of others.”

The Utah Shakespeare Festival production of Les Misérables plays on select days through September 1 and from October 4 through October 20. Tickets are $32-69. For more information, visit www.bard.org. 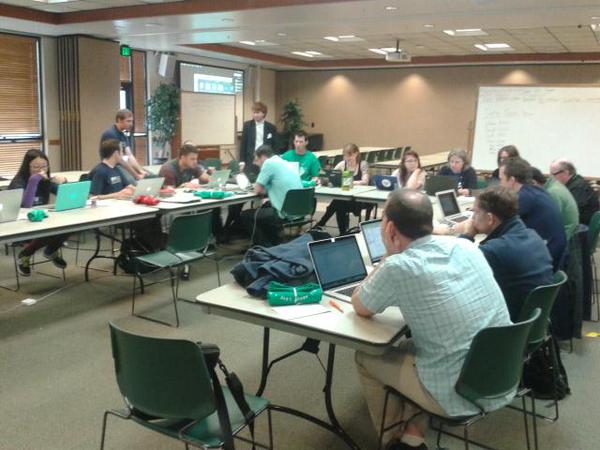 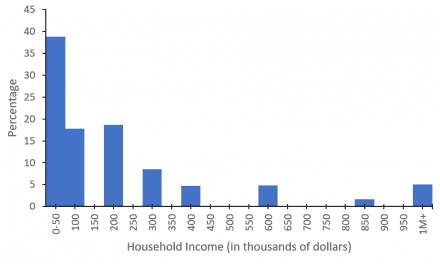 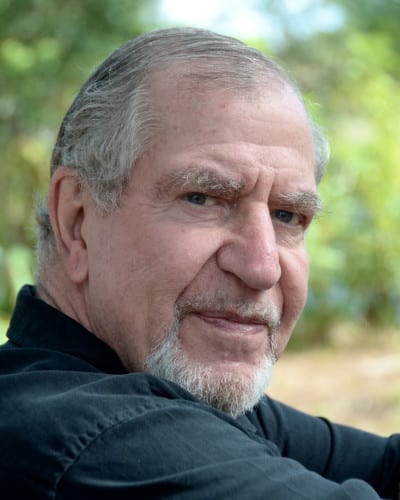