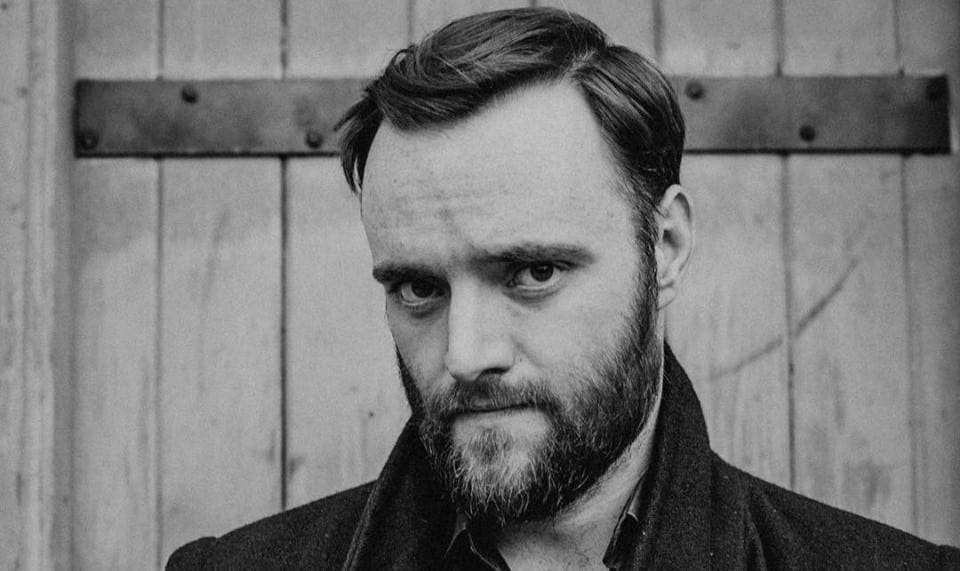 PROVO — Though an outdoor play during October does not sound appealing, the current Grassroots Shakespeare Company production of Hamlet is worth enduring the cold, even if the show is not without flaws.

The centerpiece of this play is Shawn Francis Saunders in the title role. Saunders is accomplished at making his lines flow “trippingly on the tongue,” and it was sometime soothing to close my eyes and just listen to him do justice to the rhythm and cadence of Shakespeare‘s language. Saunders is also adept at conveying ambiguity in Hamlet’s mental state, and I was engrossed in trying to determine whether Hamlet was insane, malingering, or slipping in and out of lucidity. Saunders’s energetic, sometimes frantic Hamlet had the instability that made it believable that he would stab an unknown person behind a curtain or leap into a grave. 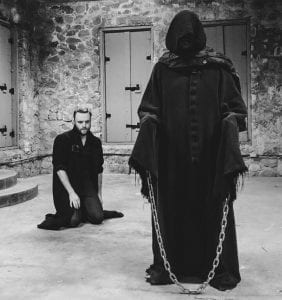 Shawn Francis Saunders as Hamlet and Carlos Nobleza Posas as the ghost of Hamlet’s father.

Laura Chapman as Ophelia was another asset to the production, and it is a shame that she did not get as much stage time as she deserved. When her character turned mad, Ophelia’s catatonic demeanor and empty stares were superbly unsettling. I also appreciate the sexual chemistry that Chapman had with Saunders in their opening scene (including a nice touch that would later augment the play’s tragic ending for both characters) and her devastating reactions when Hamlet later shuns Ophelia.

Another bright spot in this cast was Bryson Smellie as Laertes. I’ve written before that Laertes is my favorite supporting character in any Shakespeare play, and Smellie’s performance of the role was satisfying. Smellie gave Laertes a playful relationship with his sister Ophelia, which made his mourning and thirst for revenge in the wake after Ophelia death palpable. Additionally, Brandon Bills in the role of Horatio had a dignified presence that fit in well with the play’s setting at a royal court.

I was less pleased with several other cast members, though, each of whom played too much for laughs and thus undercut the tension of the play. As Claudius, Carlos Nobleza Posas was a flat villain from a 19th century melodrama, especially when in Act IV he had a maniacal laugh. His cartoony demeanor also undermined the danger Hamlet was in by living at the court and the believability that Claudius could scheme his way to the throne. A major misstep in the acting was in Jarrith McCoy and Toria Truax-Jones portrayal of Rosencrantz and Guildenstern as foppish dandies, a character choice that was grating in every scene. (The two were much more entertaining and effective as the gravediggers in Act V.) Finally, I was disappointed with Soren Paul Budge’s performance as Polonius. Budge delivered most of his lines directly to the audience in an attempt for laughs. While the character does have his comic moments, making Polonius a buffoon makes it difficult to see him as part of a conspiracy against Hamlet. 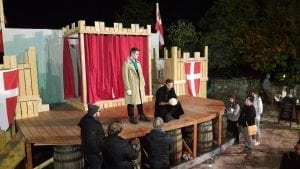 Standing on stage: Brandon Bills as Horatio. Kneeling on stage: Shawn Francis Saunders as Hamlet. “Groundlings” standing in front of the stage.

Thus, Hamlet had two contrasting acting styles, with Saunders, Chapman, Smellie, and Bills opting for emotional, realistic, and raw performances, and Posas, McCoy, Truax-Jones, and Budge choosing to create comical, silly characters. The result was a production that sometimes was as uncertain about its goals and actions as Hamlet himself. The play does not work as a “tragical-comical-historical-pastoral” blend, especially when the body count rises and the more comical actors had to adjust their performances to handle the somber story. Local audiences know that Grassroots Shakespeare Company mounts most of their productions as a collaboration among the cast and without a director, and a lack of harmony in some artistic decisions is a risk that the company takes on a regular basis.

On the other hand, Grassroots has stepped up the quality of the costumes and their set. While the costumes still have the trademark Grassroots bohemian mix of modern and historical pieces, the actors’ clothes were more detailed and layered, and seemed to be of a higher quality than usual. The set has added platforms at the side and a small upstage center with red curtains that could close it off—the perfect performance space for The Murder of Gonzago, Hamlet‘s play within the play. The platforms curtains and the white upstage curtains matched the four Danish flags that decorated the set and served as a reminder of the location of the action. All in all, the production values in Hamlet are some of the highest for any Grassroots production, but it is clear that the company has not forgotten its ragtag college town roots. 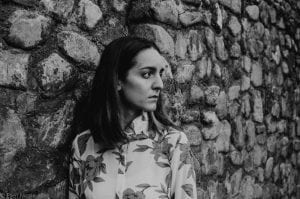 And there are so many other goodies in this production. The visits Hamlet receives from the ghost of his father have a genuine eeriness that makes the ghost one of the most memorable characters of the play. Ophelia’s funeral was brilliantly staged in front of the stage, thereby turning the “groundlings” into funeral attendees. The stage pictures in critical scenes like the play within a play or the final swordfight had a beautiful symmetry that was appropriate for a Renaissance-era play. So many moments like this reinforced the brilliance of the language and reminded me why I love this play so much.

So, bring a coat, gloves, a blanket, and a scarf, because there is much to love in this Hamlet. Saunders’s adeptness with Shakespearean monologues is—by itself—worth the price of admission. People who wonder why the play is considered Shakespeare’s masterpiece will certainly gain some insight by attending this production.

The Grassroots Shakespeare Company production of Hamlet plays Fridays, Saturdays, and Mondays through October 29 at 7:30 PM and October 31 at 10 PM at the Castle Amphitheater (1300 East Center Street, Provo) on the grounds of the Utah State Hospital. Tickets are $5-15. For more information, visit grassrootsshakespeare.com. 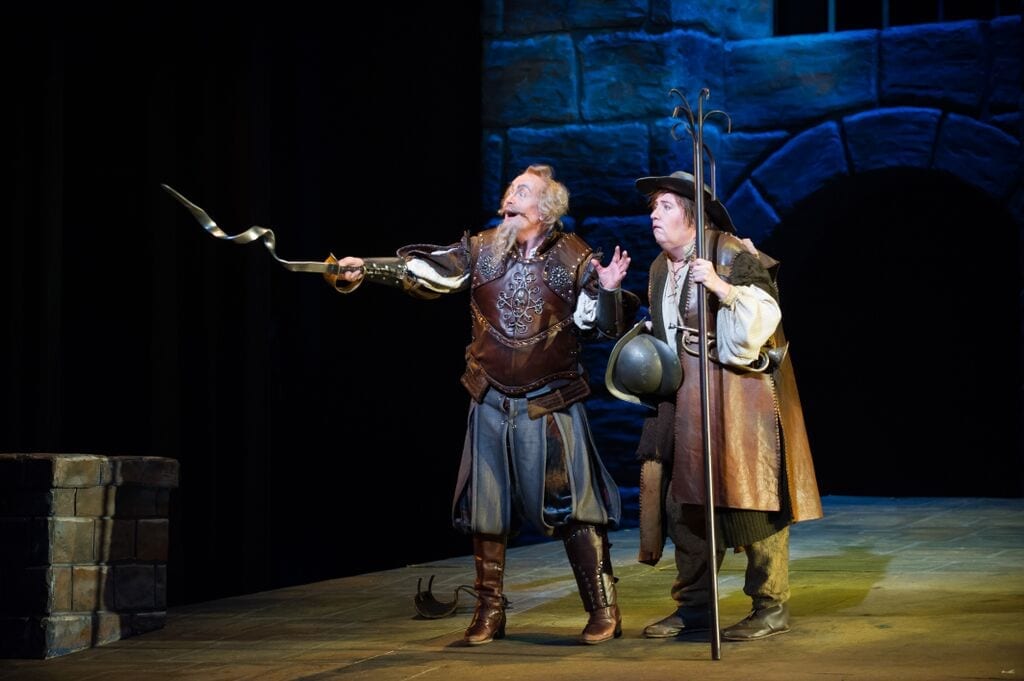 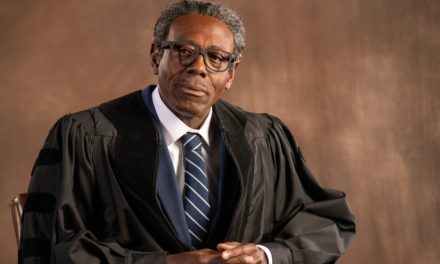