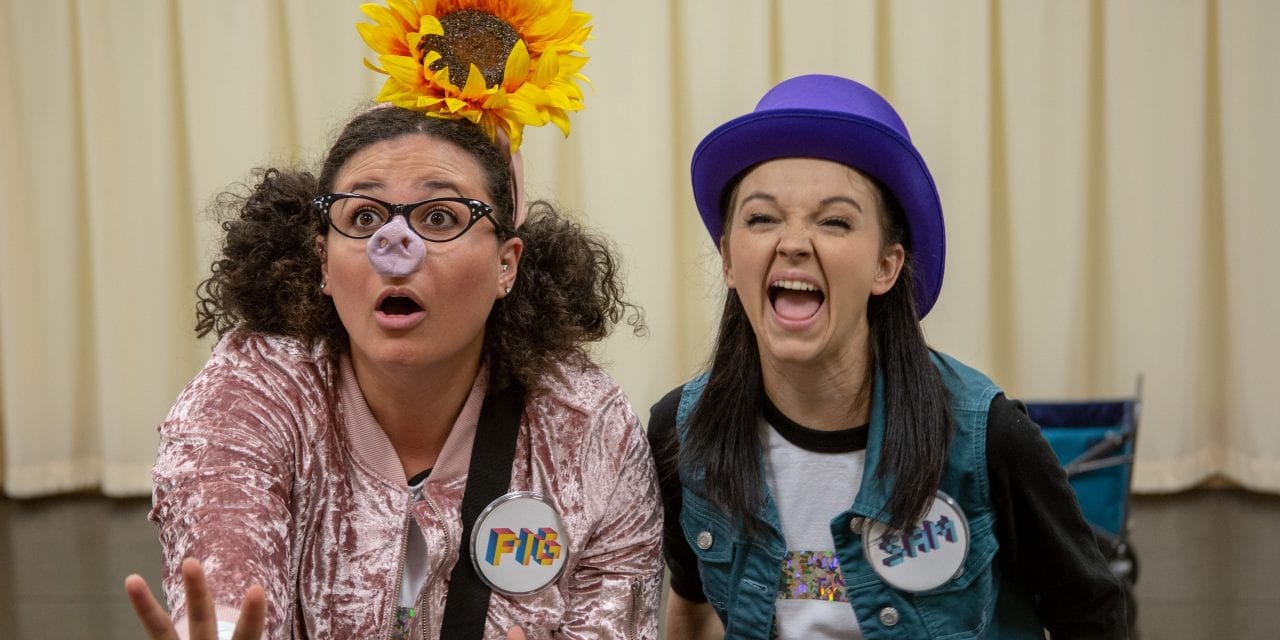 OGDEN — As a sixth grade student and fifth grade teacher, my son and I were an ideal audience for the world premiere of Zombie Thoughts.  Written by Jennifer A. Kokai and her elementary-aged son Oliver Kokai-Means, Zombie Thoughts presents a choose-your-own-adventure intended for 4th-6th grade audiences.  Its recent public performance was one of only four opportunities to see this new work outside its upcoming 46-school tour.

In Zombie Thoughts, two video game avatars discuss the challenges they face as they try to level up through their game.  One character, the positive and exuberant Pig, is ready to tackle anything that comes their way.  The avatar representing nine-year-old Sam, however, struggles with generalized anxiety disorder and discovers that the real enemies are not the ones in the game; rather they are the zombie thoughts that make her worry about things that aren’t real.

The play features only two actresses, Katie Jones Hall and Alicia Washington, who are each prepared to play either Sam or Pig as determined by the choices of the audience.  Seeing Hall as Sam and Washington as Pig, I was most impressed by how the dialogue went far beyond a memorized script and became a very natural back-and-forth exchange. Set, props and costumes were all kept minimal, making it easy to take this production on the road.  The show was performed with the room’s natural overhead lighting, and no amplification was used.  With so few design elements, it is difficult to write a theatrical review more detailed than to simply say that under the direction of Cheryl Cluff, the plot was easy to follow and the central theme of anxiety remained at the forefront of each scene. 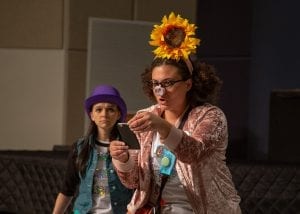 Instead of responding to this production’s theatrical elements, I found myself taking notes as a teacher and parent.  Would this production be something I’d want to bring into my school?  Would I recommend it to the parents of my students?  Which ideas did I want to discuss with my son on the ride home?  Comparing anxiety and other disorders and disabilities to the special abilities of an avatar was genius.  Pig explained to Sam that even if an avatar did not have a neuro-typical design, they could still win the game, “they just have to learn to play it differently.”  Pig was full of great advice for Sam.  “Everybody feels stupid sometimes,” she explained.  It was also Pig who noticed that even though they had lost each of the battles in the game so far, they were still making progress.

However, as Sam’s “zombie thoughts” became progressively more overwhelming for her, my own reactions intensified as I watched her nearly lose the fight.  Washington discarded the physical attributes of Pig and temporarily became an imaginary representation of Sam’s mom.  As Sam wrestled with anxiety over her mother’s perception of her, my heart began to pound.  Thankfully, after what felt like an agonizing length of time, Sam persevered, chanting, “I am the boss of my brain.  It is not the boss of me.”

A quick question and answer session wrapped up the evening and ensured that the elementary children in the audience had understood the show’s intended message.  It also contributed to my overall impression that I hadn’t really attended a production; rather, I’d been invited to an elementary school assembly on anxiety.  Zombie Thoughts provided a vehicle through which anxiety became a more concrete idea that students could discuss.  Sam and Pig provided positive examples for kids who feel disappointed in the “avatar” they’ve been given.  As my son talked animatedly about wanting Sam and Pig to visit his school, I left with a renewed appreciation for theatre as an art form that can spark conversations and companies such as Plan-B who are passionate about providing those opportunities.

Free public performances of Zombie Thoughts are scheduled to occur at branches of the Salt Lake City Public library on October 13 at 11 AM (main branch), and 1 PM (Chapman branch), and October 25 at 4:30 PM (Glendale branch). The school tour will continue through January 18, 2019. Visit https://planbtheatre.org/zombiethoughts for for more information on how to attend or how to schedule your elementary school for the tour. 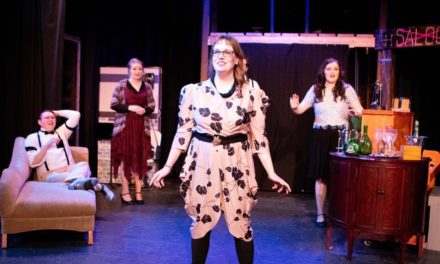 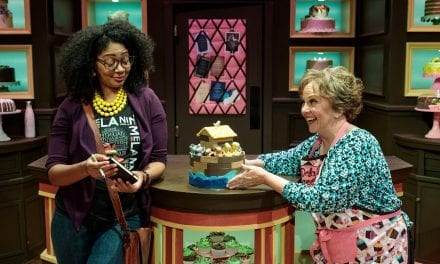