Hurricane Theatrical makes a splash with THE LITTLE MERMAID 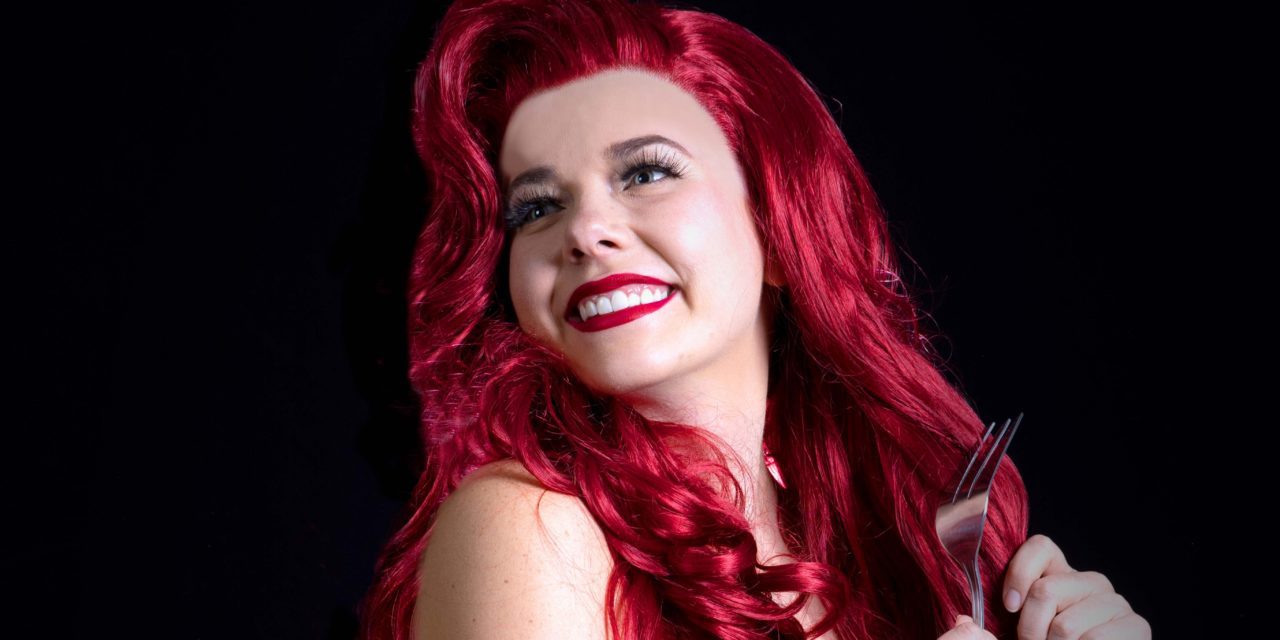 HURRICANE — In a sea of quality community theater in Southern Utah, it is wise not to discount the offerings of what some might assume to be one of the smaller players in the game, Hurricane Theatrical. Clearly, there is much more than small town charm backing this company. Their production of Disney’s The Little Mermaid sparkles like the sunlight glinting off a dinglehopper in the sand. From scenery and special effects to vocal and dancing skills, this production of a Disney favorite, with music by Alan Menken, lyrics by Howard Ashman and Glenn Slater, and book by Doug Wright, has charm and talent in spades, or seashells, as it were.

Before even a note of this familiar score is sung, the audience is transported to the mythical undersea world, thanks to the scenic design by Nathan Merrill. A clear delineation between water and land exists throughout the performance by placing Prince Eric’s ship on one side of the auditorium and Ariel’s secret treasure trove on the other. Between the two, the stage itself allows the undersea world and life on land to exist almost simultaneously, with little need for major set changes, thus greatly enhancing the seamless nature of the show. 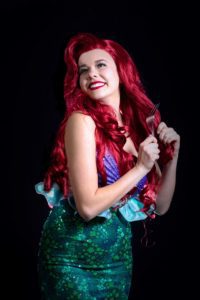 Under the direction of Kyle Myrick, the story of the headstrong teenage mermaid Ariel who longs to be a human, unfolds to reveal all the magic of the Disney film version, with plenty of additional music that develops the story even more. That magic is led by the very capable Sammy Myrick, who embodies the enigmatic qualities of a Disney princess, while bringing to life the sweet and sassy nature of Ariel. Although she is the wife of the director, it is clear from the beginning that the decision to cast Sammy in the title role was not one of nepotism, but natural talent, as she is impeccably suited to the character. Early on the microphones created a slightly hollow sound for several of the characters, but as the production continued the problem resolved and Sammy Myrick’s rendition of “Part of Your World” was enough to transport me back to a 1989 movie theater when I first heard those hauntingly beautiful lines.

But of course, even a mythical mermaid can’t bring the magic to life all by herself. Matching the vocal prowess of his female counterpart and creating a palpable chemistry on stage between the romantic leads, Jayden Wright turned in an excellent performance as Prince Eric. Although he could be more careful enunciating some of his lines (a problematic area in which he is not alone) Wright’s musical delivery and confidence on stage made him easily believable as a royal. In particular, his rendition of “Her Voice” in the middle of the first act endeared him as the reluctant prince, while his body language made it impossible not to root for the lovesick boy. 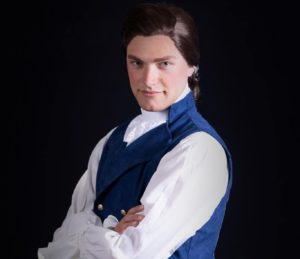 While Eric is swooning, Sebastian is crooning — both “Under the Sea” and on land. Played by James David, Sebastian’s energy and charisma packs a punch in all the right places. From the Calypso party of “Under the Sea” to the gentle and romantic “Kiss the Girl” — both of which features the wonderful ensemble cast in all its singing and dancing glory — the story of The Little Mermaid simply would not be complete without everyone’s favorite crustacean. Sebastian’s ability to bring humor to the stage is enhanced even more when paired with the wonderfully talented Adam Cheney in his portrayal of Chef Louis. Chasing a crab around a table never looked so fun; but it was nothing compared to the culinary comedy Cheney portrayed on his own during “Les Poisson.”

Rounding out the show’s humor trifecta, Austin Jackson’s version of Scuttle, the somewhat scattered seagull, served as a delightful interruption to the romantic storyline. Jackson’s high-energy ability to deliver a litany of bungled human words and phrases culminated in the amusing, “Positoovity,” that easily lands as one of the songs I was humming on the drive home. 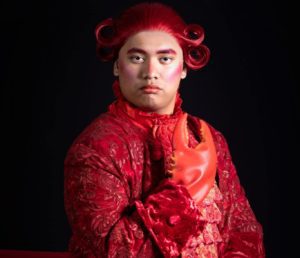 But what would all this positive energy be without a villain to balance it out? Churning up her evil plots from the depths of the sea, Ursula (played by Grace Celeste Wells) is as wonderful as she is wicked — truly a high mark in the show. With eye makeup that pops, and a vocal belt that pops even more, Wells’s rendition of the evil sea witch during this performance was stellar. Flanked by her excellent electric eels Flotsam (played by Ashley Stackhouse) and Jetsam (played by Makayla Nelson Klumpp) Ursula is a queen you love to hate and a force with which to be reckoned.

Similarly strong is the supporting cast, with Flounder (played by Isa Johnson) and the Mersisters’ rendition of “She’s in Love” serving as yet another high point. And a review of this nature simply cannot overlook the well-balanced vocal talent of Ariel, Eric, Sebastian and King Triton (the latter played by Bart Pace) in the moving quartet, “If Only.”

With as story like The Little Mermaid, timing is a key element in several moments of this show and, unfortunately, that is one area that fell flat. At the end of “Kiss the Girl” there should not be such a lengthy pause before Flotsam and Jetsam break up Ariel and Eric’s near kiss. In fact, it seemed nearly every time the prince and his would-be princess came close to locking lips they were forced to pause while they waited for whatever was to interrupt them. This is definitely something to iron out during the latter half of this show’s run.

Additionally, the balance between the vocals and instrumental backing music needs to be addressed. There are so many great lines in these songs, and, at times, the lead lyrics struggled to cut through the accompaniment enough to let those clever jokes land.

The Little Mermaid plays Fridays, Saturdays, and Mondays at 7 PM and Saturdays at 2 PM through September 3 at the Hurricane Fine Arts Center (63 South 100 West, Hurricane. Tickets are $8-18. For more information, visit hurricanetheatrical.com. 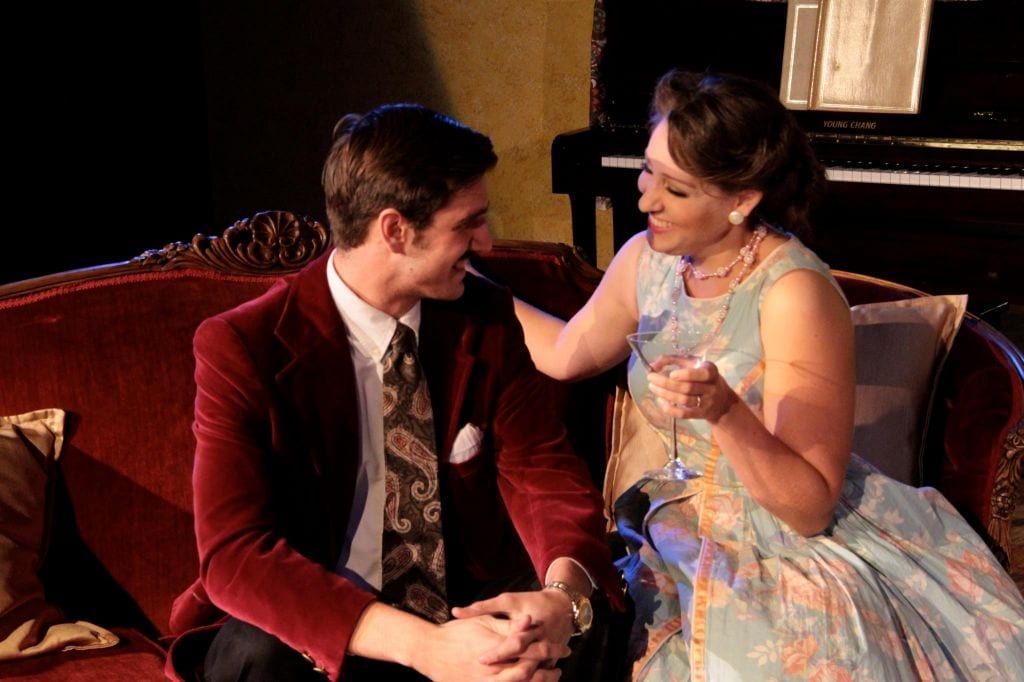 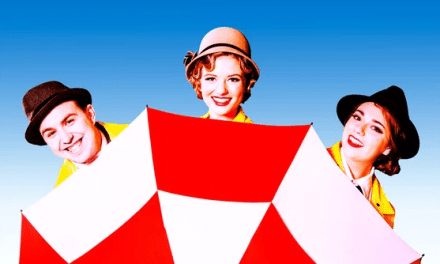