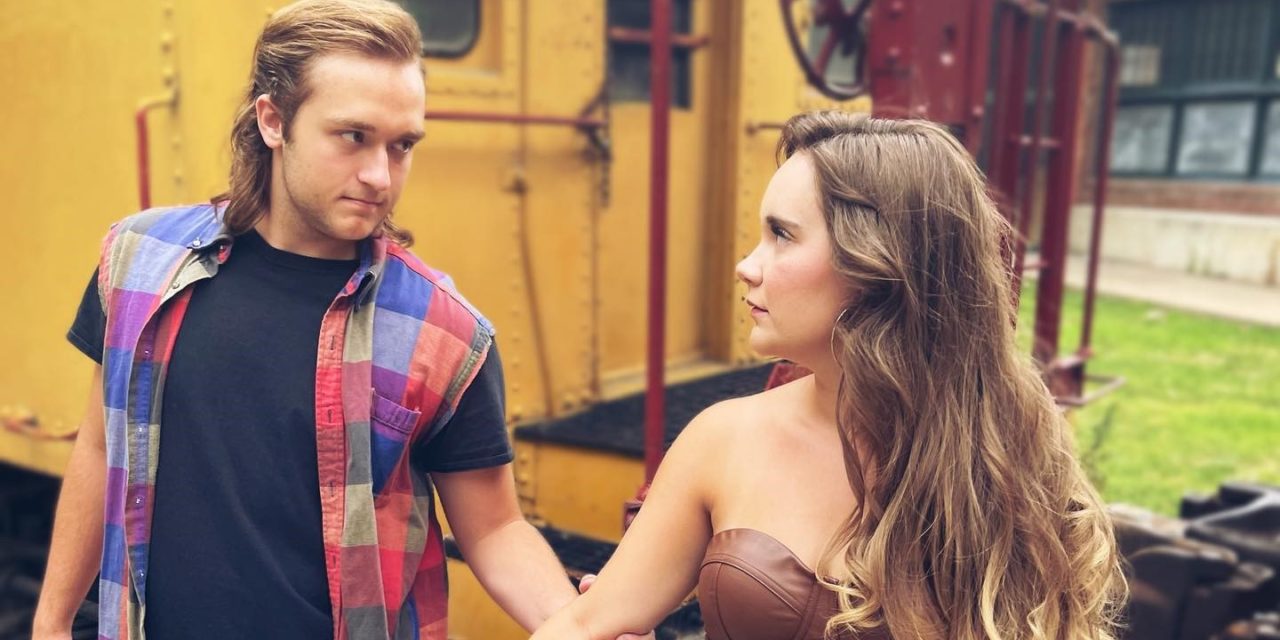 KAYSVILLE — In the late 1990s as a young college student I saw the Broadway production of Footloose on one of my first trips to New York City. Based on the famous 1984 film, it was certainly not on any list of favorite shows for me, but it was a lot of fun and full of a lot of energy and fun songs of my youth. The current production of this show at the Hopebox Theatre in Kaysville, directed by Amy Turner, echoed a lot of the energy that I remember from 24 years ago and had much to praise for a community production. 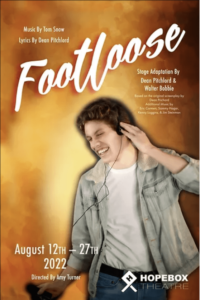 The first thing I want to point out is the excellent energy and impressive cohesion of the ensemble that was evident from the very first number. Choreographers Kayley Turner and Kelsey Turner have done a fantastic job with the one thing I have mentioned in many reviews at the Hopebox, managing the difficult and limiting space that they have to work with there. When I see big production shows, something I really enjoy is being able to watch ensemble members shine and have specific characterization, and within this production, there was an abundance of this characterization. Watching each of the players, I felt I truly was in a small town and each person on stage had a back story. If I could sit down and talk to each person, I bet they would tell me about the stresses of their character and what their motivations are, which speaks to the strong direction of Turner.

As a child of the 80s and 90s, the costumes by Ann Gardener and Stacy Herron reflected that era impeccably. The adults were wearing dresses that I remember seeing my teachers and other adults in my life wear, and the teenager fashions reflected all of my positive and negative junior high and high school fashion memories.

Some of the standouts in the cast were Rusty, played by Keely Parry, and her side kicks, Urleen, played by Grace Scothern, and Wendy Jo, played by Emily Nuttall. Not only did they have excellent musical harmony and timing as evident by a song and reoccurring theme, “Somebody’s Eyes,” that becomes essential to the plot line, but each of them also had the strong character development that I was referencing earlier. For instance, during one part where all the teenagers are bored with the adults during a bunch of murmuring I heard Nuttall say, “we have been discussing this for an hour,” with a tone I have felt in my soul during every boring meeting.

In a show about teenagers it can be hard for the adult to hold their own, but the adult in this show did. Previously I have struggled to find much redeeming quality in the character of Reverend Shaw, but Jeff Parry brought a lot more humanity to the character and brought out the empathy in me. Kristin Parry, as Vi, was a solid rock and reminded me so much of the strong mothers in my own life. The song, “Learning to be Silent,” with Kristin Parry and Tara Wilson as Ethel was a haunting echo of the difficulties that still remain as a woman with certain expectations. They are joined in that song by Julia Bradford, who plays Ariel, the Reverend’s daughter with a great balance of wanting to please her father and wanting to have her independence and escape this town.

Noah Bradford as Ren had extraordinary dancing skills, which made the plot of dancing being banned in the town more interesting, because I found myself longing to have more dancing every time Noah Bradford was on stage.

The second act of the show did drag a little, and it was hard to tell if it was more a dip in energy or the poor writing of the script, which is not a fault of this company. Overall they have done well with the material given. Another technical aspect that was a standout in the show was the lighting design by Derek Raynor, who utilized many different colors and lighting patterns to keep the production visually pleasing.

One of the reasons I enjoyed this production was that it brought some variety to what seems to be a bit of sameness in the summer Utah theatre scene. I love when the local theatre companies branch out a little and do a show that may not be done as often or try new things with familiar shows. Director Amy Turner has done a great job refreshing this storyline.

Footloose plays at The Hopebox Theatre (1700 S Frontage Rd, Kaysville) on Mondays, Thursdays, Fridays, and Saturdays at 7:30 PM (Saturday matinees at 2 PM) through August 27, 2022. Tickets are $14-$20. For more information, please see their website. 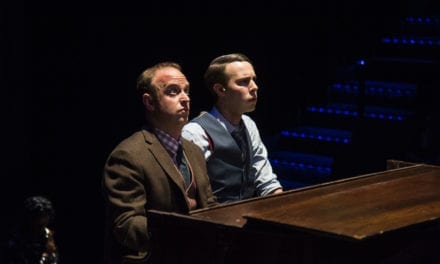 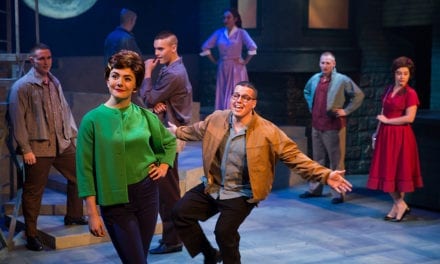