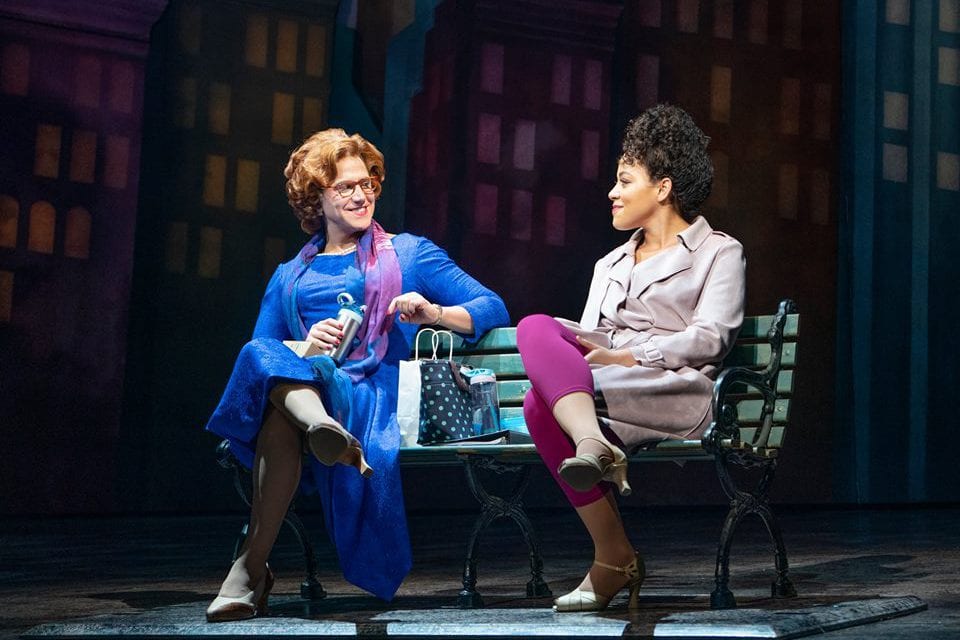 NEW YORK — The Broadway musical Tootsie is based on the 1982 movie by the same name starring Dustin Hoffman. Playing currently at the Marquis Theatre in Times Square, the play follows Michael, a struggling actor played by Tony Award winner Santino Fontana, who finds that his only way to gain the role he wants is to transform into Dorothy Michaels, a diva with a heart of gold. To help transfer the movie to the Broadway stage, the plot now follows a Broadway production on its way to opening night rather than a soap opera. The show opens with a traditional welcome to the dream life in New York song, the type that helped me want to move there when I was a teenager. The score by David Yazbek has a familiar feel and is certainly catchy in the moment, but not necessarily memorable afterward. I admit there were some moments of great humor, especially some fantastic references to choreography and the opening to act two, by Michael’s best friend Jeff played by the fantastic Andy Grotelueschen. In this number entitled, “Jeff Sums It Up,” Grotelueschen gets the opportunity to deliver perhaps the best “I told you so” in history, and we all feel better for it.

Playing opposite Fontana was Lilli Cooper as Julie Nichols. Nichols gives an endearing and authentic performance, and I truly enjoyed watching the friendship between her character and Fontana’s character build. I was also impressed with how Cooper built her own characterization through songs such as, “Who Are You?” Another strong character worth mentioning was Sandy, played by Sarah Stiles. An extremely comedic role, this character could have easily slipped into campy territory; however, Stiles managed to maintain that perfect balance, making songs like, “What’s Gonna Happen,” a delight.

Truth be told, Tootsie is mostly a start vehicle, and that is where Fontana shines and certainly why he won a Tony for this role. A production like this could tour well, but I have to wonder how may people could vocally handle a role like Michael/Dorothy as impressively as Fontana did. From the opening, “Whaddya Do,” as Michael to the, “I Won’t Let You Down,” and, “Unstoppable,” as Dorothy, the range of vocal power on display was truly stunning. Fontana’s ability to change character in a moment was well trained. I hope that if a touring production is mounted and sent to Salt Lake City, great care is taken into the casting decision of the role of Michael/Dorothy.

Technical elements of costume design were eye catching and signature to the detailed work of famed designer William Ivey Long. From the sudden decisions of costume changes within the show to the challenge of realistically dressing a middle-aged man to look like a middle-aged woman showed great skill indeed.

For all the praise, the set design by David Rockwell seemed standard, as did the lighting by Donald Holder. In a year that brought creative sets like in Hadestown and completely outside of the box thinking with lighting like in Oklahoma!, the cookie cutter designs of shows like Tootsie begin to feel tired and overdone. Those kinds of sets are relying on the star power of Fontana and the other stellar standouts in the cast to keep the audience coming.

It will work. The audience should come to see such a performance. The book by Robert Horn and lyrics by Yazbek have enough humor for a delightful evening. However, the title role will remain one that will be one of the hardest for actors to tackle, and Fontana deserves all the accolades he has received. 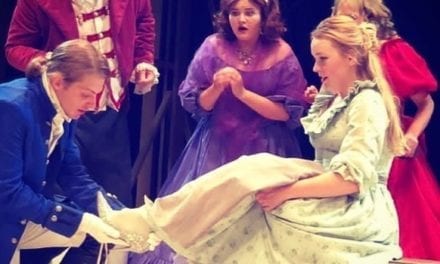 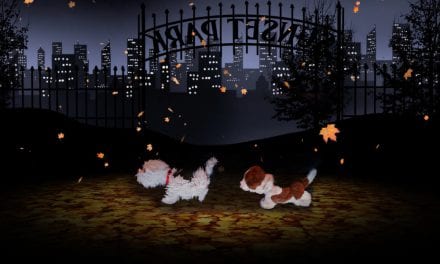 Endearing NEW OWNER will take you OFF THE MAP