OREM — 2010 marks the 150th anniversary of Annie Oakley’s birth. Annie Get Your Gun is a fictionalized account of the high-spirited Oakley and the romance she develops with Frank Butler, a famous marksman in Wild West variety shows.

With its masterpiece Irving Berlin score, it’s hard to go wrong when staging Annie Get Your Gun. Berlin’s biggest Broadway hit is bursting with memorable musical theater classics. Cast an actress capable of pulling off the big role of Annie and you have a sure-fire combination. The SCERA Outdoor Shell Theatre has the charming, spit-polished performance of Lauren Hughes in the lead role, and this production doesn’t go wrong. But at times it sure comes close.

This is the fourth Jerry Elison-directed Annie Get Your Gun, and he displays a competent flair as a community theater chief. The program mentions that Elison wishes everyone who auditioned could be cast. This was evident in the 55-member cast, perhaps three times what the show requires, but it punctuates the range of on-stage abilities.

A fine character actress and strong singer, Hughes has a feisty self-confidence to command the role of Annie. Hughes’s joyful ode “Doin’ What Comes Natur’lly’’ presents Annie’s frustration with her obvious lack of sexual allure. She is joined by her younger siblings, played Eva Vancott, Georgia Bowman, Raelyn Sharp and Joseph Larsen who are keen co-conspirators. Complaining that a “man never trifles with gals who carry rifles,” Annie learns that “You Can’t Get a Man with a Gun”—and the solo showcases the delightful performance from Hughes. But wait! There’s still “Lost in His Arms” and “I Got the Sun in the Morning” (and the SCERA moon at night) for the talented actress to sparkle in the spotlight.

The famous theatrical anthem “There’s No Business Like Show Business” is enthusiastically sung by Frank Butler (Rob Holcombe), Buffalo Bill Cody (Eric Glissmeyer), and Charlie Davenport (Ed Eyestone). But the pantomimed staging hog-ties their delivery. Eyestone (or is it Eyesone? The program has it both ways.) is a limber-limbed dancer and appealingly plays Davenport, the manager of the struggling traveling show. Glissmeyer, in a Santa Claus wig as Buffalo Bill, is a fine straight man amid the musical merriment. Frank is accompanied by his irritatingly loud assistant Dolly Tate, amusingly played by Robinne Booth. Though a cardboard character, Dolly serves as light comic relief throughout the show.

Ultimately, it all comes down to the romance between Annie and Frank. When Hughes and Holcombe kiss—in between their sparring—sparks fly. The high point of the show is the competitive duet, “Anything You Can Do.” Holcombe’s baritone is sweet, and the way his Butler looks at Annie is even sweeter. The actor impresses with his tender solo “The Girl That I Marry, ” and his laid-back charm is also seen in the strong “My Defenses Are Down.”

One clever invention is found in four strutting cowboys—costumed only in red union suits, boots and hats—who amble across the stage (twice) to lend back-up vocals to “Moonshine Lullaby” during the Pullman sleeping parlor train scene. But if you had anticipated high-stepping, yee-haw Western dancing from choreographer Mary Linda Thomas, we only saw leaden and largely uninspired dances from the under-rehearsed chorus. The gleeful ensemble clearly enjoyed themselves, and it is to be hoped their enthusiasm will remain for many years.

The script presented here is from the original 1946 Ethel Merman star vehicle that was tweaked in 1966 to include “An Old-Fashioned Wedding.” The producers overlooked a major reworking 33 years later that streamlined the show to keep the action moving at a contemporary pace. This 1999 Broadway revival starring Bernadette Peters completely enchanted this reviewer, and it is surprising that SCERA clung to the original book, since it has aged so poorly.  The SCERA production would have profited from cutting the inane “I’m an Indian Too” from the dusty script. The song is not central to the plot and contains questionable depictions of Native Americans. Moreover, some jokes, such as Sitting Bull’s line that he “never eats red meat, gets feet wet, or invests in show biz,” landed with a thud. The updated 1999 book wisely disposed of these outdated touches and included a subplot of Dolly’s niece Winnie and her budding attraction to love-struck Tommy, along with their superb duet “Who Do You Love, I Hope.”

But an evening spent with Annie Get Your Gun, with its glittering display of Irving Berlin gems, gloriously presents the showbiz dream of the American West. And the SCERA production was enjoyable, scoring points for its on-target tribute to showmanship. 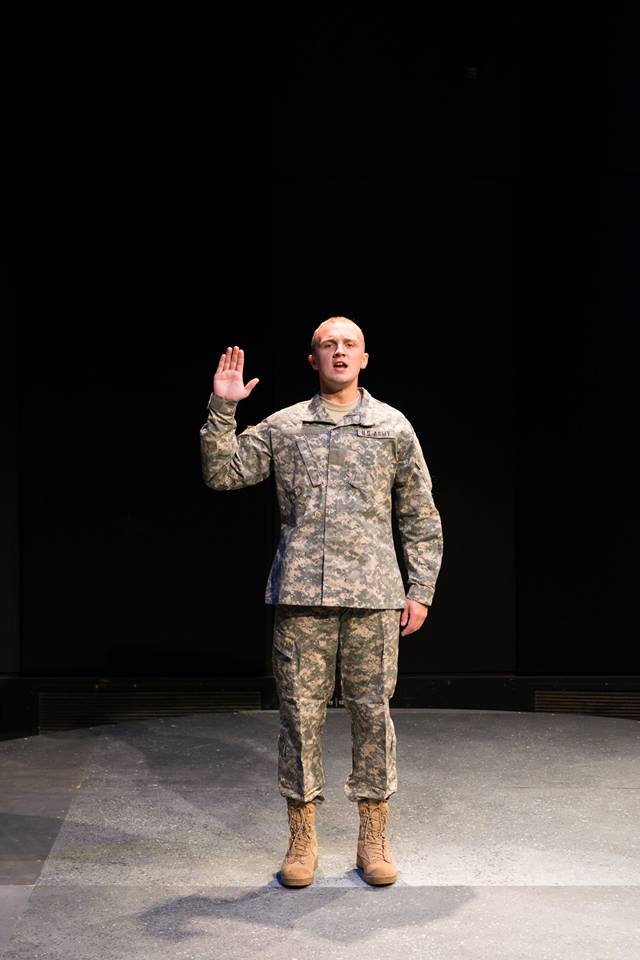