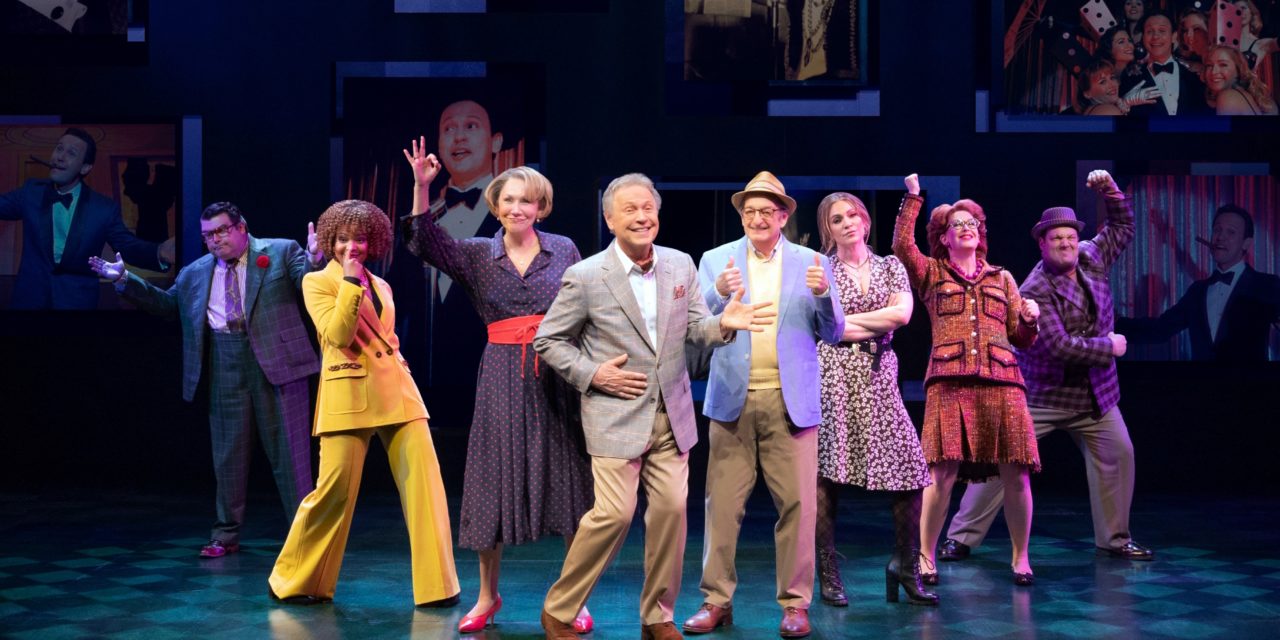 NEW YORK CITY — In 1992, Billy Crystal wrote, directed, and starred in the movie Mr. Saturday Night. It told the story of an aging comic whose best days were behind him. Now 30 years later, Crystal, and his writing partners from the movie, Lowell Ganz and Babaloo Mandell have adapted the movie into a new musical with a score by Jason Robert Brown, and lyrics by Amanda Green. This is what the story should have been all along. 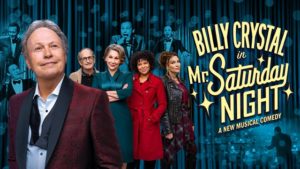 Show closed on Broadway on September 4, 2022, but is available to view on demand, starting December 1, 2022 on BroadwayHD.

Mr. Saturday Night opens with Buddy Young, Jr. performing at a senior citizen’s home.  The jokes come fast and furious, and you see that Buddy was a talented comic who can still deliver to an audience. Through a mixup, Buddy is accidentally included in the “In Memoriam” section of the Emmy awards. This brings a bit of fame back for Buddy, and a young agent, Annie Wells, meets with him to try to rebuild his career, even securing an audition for a movie, which Buddy ruins with his bad temper. Buddy’s long-suffering wife, Elaine, and brother, Stan, are dragged along for the ride.  Buddy’s daughter, Susan, who has a strained relationship with him following some troubled times, is also caught up in the drama.

I was able to view this show, which closed on Broadway on September 4, 2022, through an invitation from the streaming service BroadwayHD. The filming was directed by Matthew Diamond, and John Rando provided stage direction for Broadway. Rando keeps the pace of the musical constantly moving.  The show never felt rushed nor sluggish as it moved from past to present and back again.  Scenic design by Scott Pask helped keep this pace with set pieces that rolled on and off the stage with precision.  Video and projection design by Jeff Sugg helped to set the scenes and allowed for photographic and video clips of Buddy’s career to be included.  This was a clever way to add what were cutaways in the movie. With so much of the clips coming from Crystal’s personal career, it will be interesting to see how this is handled when Mr. Saturday Night is mounted by regional and local companies. Lighting design by Kenneth Posner was artfully used to create closeup moments and direct the attention of the audience to what was important in the scene. 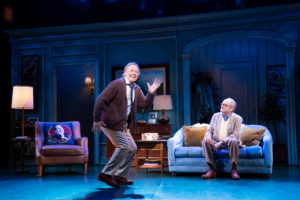 Billy Crystal, playing Buddy, proves in the opening what a consummate comic he has always been.  I found myself laughing out loud through most of Buddy’s routines of rapid-fire jokes.  Crystal and his writing partners have improved upon the movie in this adaptation by making Buddy less acerbic.  Buddy’s comedy and observations are still biting, but do not seem as mean-spirited as they did in the movie. Crystal has made Buddy a more rounded character.  I cared about Buddy in this production and whether he would achieve success again.  The relationship with his daughter Susan, played wonderfully by Shoshana Bean, deepens the story and shows real depth in the characters. The scene at the end of the show on Susan’s front stoop was particularly moving to me.

David Paymer, as Buddy’s brother Stan, was delightful to watch. Paymer does not have a wide range of facial expressions, but the depth of emotion that he conveys is at times joyful and heartbreaking. At several points in the show the audience sees Stan having to deal with the disaster Buddy leaves in his wake. Watching Paymer’s face in the scene when Buddy has set his sights on Elaine, who Stan had fallen for earlier, is extremely moving. And when he and Crystal have scenes together, it is truly powerful. In particular, the scene following Buddy’s failed audition when Stan finally confronts Buddy for his bad behaviors is gut-wrenching. 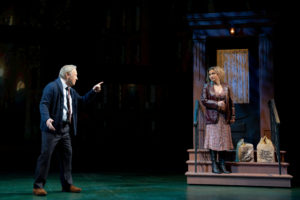 Buddy’s wife, Elaine, played by Broadway legend Randy Graff, is a joy to watch. She conveys the love and devotion Elaine has for Buddy, while still portraying the struggle it can be. In her second act number, “Tahiti,” Elaine describes the love and frustration of being Buddy’s wife.  Graff is artful in her portrayal of a woman longing for time for herself.  And when followed by the duet with Crystal, “My Wonderful Pain,” Graff and Crystal display the depth of love Buddy and Elaine have for each other.  For me, it was part of what sets this musical apart from the movie.

Of particular note in this show are Jordan Gelber, Brian Gonzales, and Mylinda Hull.  These three actors play all the multiple characters Buddy interacts with throughout his career.  They flesh out the musical, and are excellent performers in their own rights. They never seem to tire through all the quick costume changes and entrances and exits they must make to play the myriad roles in the show. 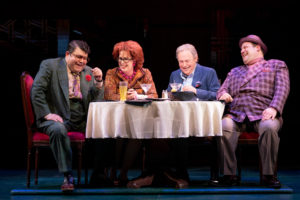 Perhaps the most tenuous part of the show is the music. Jason Robert Brown, known for his shows Songs for a New World, Parade, and The Last Five Years, has written an energetic score.  The songs emulate the style of comedy reviews and musicals of the 1950s and ’60s.  Each song has certain style of its own, but at times they seem to come out of nowhere. Traditionally in musicals, a character speaks until their emotion cannot be contained by speech alone, and they begin to sing to heighten the emotion. In this show, a few of the songs seem to happen because no one has sung for 10 minutes. The quality of the music and lyrics are inventive, but their motivation within the story seems at times haphazard. Brown is a talented composer and arranger, and Green is quite deft at a turn of phrase in the lyrics, but they just seem to spring to life out of nowhere at times.

I very much enjoyed this production and seeing a more rounded take on the character of Buddy Young, Jr. The musical version of Mr. Saturday Night may not have run for long on Broadway, but audiences have this filmed performance to serve as a record of a highly entertaining musical with a supremely talented cast. If Mr. Saturday Night is typical of BroadwayHD’s catalog, then it is a great service to consider for theatre lovers. 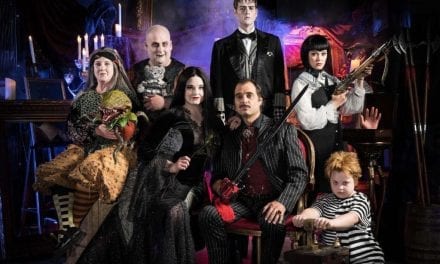 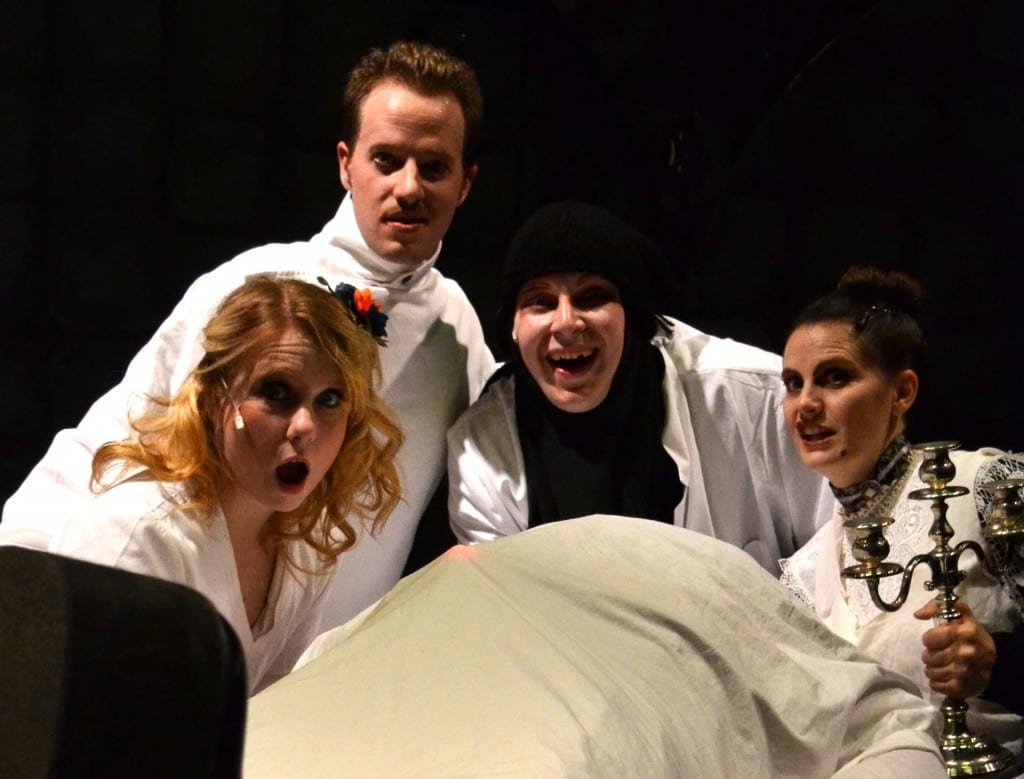