SALT LAKE CITY — Larry Kramer’s 1985 AIDS play The Normal Heart is sadly relevant and was a fitting joint venture for Plan B Theatre Company and the Utah AIDS Foundation.  The two organizations came together to celebrate their anniversaries, the 20th for Plan B and 25th for the UAF.  Sponsored by Julie Brizzee and Jane and Tami Marquardt, the staged reading was free to the public and included a cash bar.  The mood was light among the audience despite the realization that the subject matter of the play, the cause promoted by Plan B and the UAF is very serious.  It was reported that HIV cases in Utah alone have risen 30% since 2007—a truth that is as shocking as it is inexcusable.

“Shocking” and “inexcusable” are words Larry Kramer likely used himself in his incredibly personal struggle to convince the gay community to speak up during the AIDS crisis of the early 1980s.  He documents this fight in the autobiographical The Normal Heart in which the character Ned Weeks seemingly single-handedly attempts to form an army of gay men to battle the oncoming AIDS epidemic while also attempting to find and keep love.  In addition to battling with his gay friends in the play, Ned also fights with the government, his family, the media, and the medical community for greater awareness and concern for those contracting what was then, as now, a puzzling and horrifically frightening disease.

Kramer is an impassioned GLBT activist, and this passion was matched by the actors of Saturday’s production, directed by Jerry Rapier.  Indeed, from the audience’s perspective it appeared as if at least half of the characters’ lines must end in exclamation points in the script.  Kirt Batement, as Ned, did an exceptional job of maintaining the energy needed to play a man trying to save the world from extinction.  His conviction was well-matched from the others in the cast who also conveyed appropriate desperation in their own efforts to maintain their lives and lifestyle in the face of impending death.  John Graham, as Ned’s dying lover Felix, gave a very genuine performance, as did Doug Fabrizio, who played Bruce Niles, a one-time Green Beret who was never able to live up to Ned’s expectations of what a gay “soldier” in corporate New York should be.  The solid performances of these men and the others of the ensemble were supported by that of Christy Summerhays as a very stern but likeable Dr. Emma Bruckner.

Rapier’s direction was strong.  Although a staged reading, there was significant movement, connection between actors, and choreographed action to ensure a full investment from the audience for the play.  Were there more performances, the only critique is that there is a lot of yelling. There is nary a scene that doesn’t involve the characters’ deepest emotional cries, groans, or tears.  If such a lengthy presentation of expressive fervor gets frustrating, well, it could be said, that’s the point.  The question Kramer implicitly asks in the play is, “How long and loud do we have to yell in order to be heard?” He never gives an answer.  Instead, there is simply a final scene in which Dr. Bruckner joins him in marriage to his lover immediately prior Felix’s death.  This act brings some fulfillment to Ned as does the recognition that there is hope for the future, drawn from the realization that there have been some, if not enough, positive changes.

It should be noted that the grim subject matter of the play is given slight comic relief.  There are some wonderfully funny lines that were delivered with excellent timing.  So, too, it should be emphasized, were there some beautifully quiet moments in exquisite contrast to the volume that dominated much of the play.  Doug Fabrizio’s monologue describing his lover’s final hours was heartbreaking.

The Normal Heart is still a play for our time because it reminds us that hearts are still breaking.  There is no cure for AIDS.  Discrimination still takes place.  We have to yell louder.  Thank you to Plan B and the Utah AIDS Foundation for reminding us.

Plan B Theatre Company’s staged reading of The Normal Heart was a one-evening event on August 14th.  For information about future Plan B events and productions, visit www.planbtheatrecompany.org. 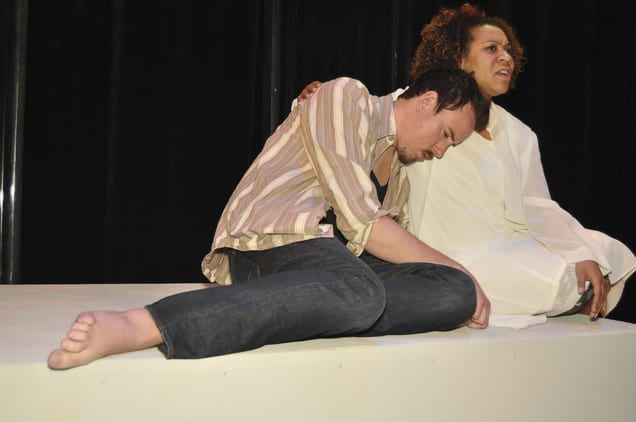 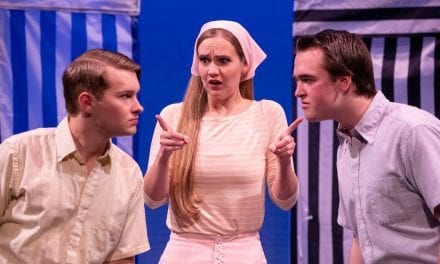 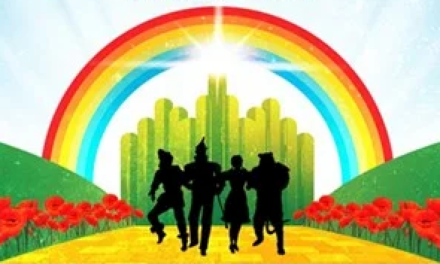