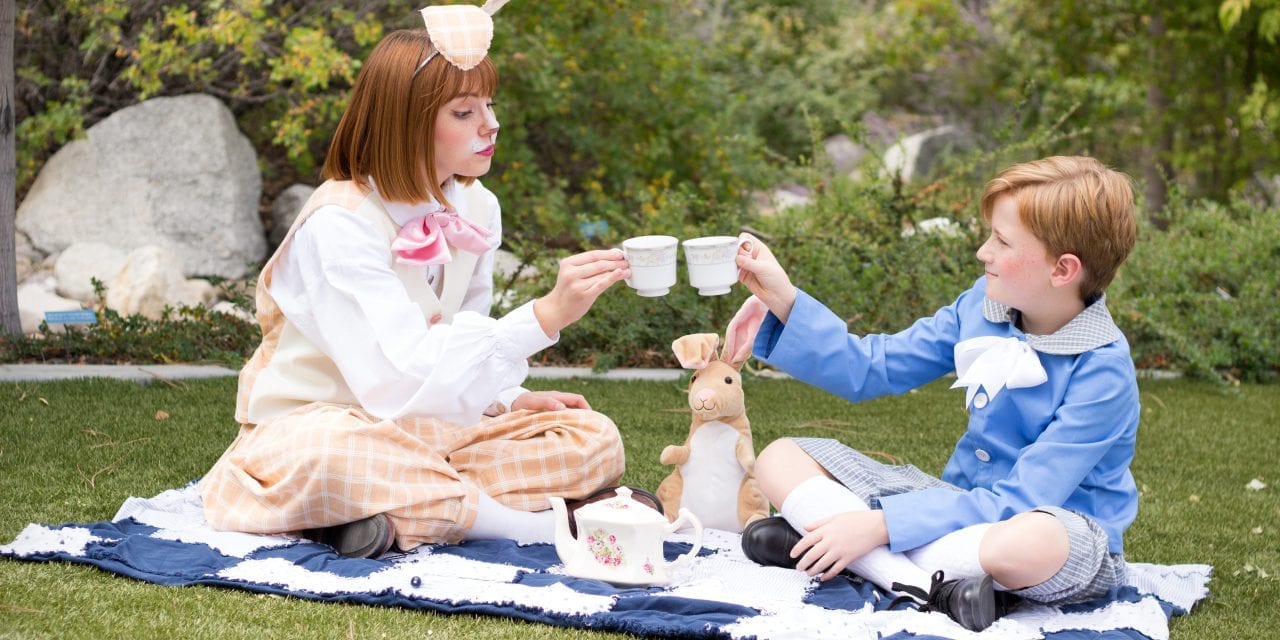 OREM — She’s a stuffed rabbit who loves her owner and lives in a playroom with toys that come alive when people aren’t around. The Velveteen Rabbit is the original Toy Story, and it’s on stage in a new adaptation making its world premiere at Hale Center Theater Orem.

Based on the novel by Margery Williams and with a score by David Paul Smith and a script by David Paul Smith, Brittni Smith, and Chase Ramsey, The Velveteen Rabbit is the classic tale of a stuffed rabbit that yearns to be real. The story is sweet and ripe for being told on stage for a young audience. The script stays faithful to the novel’s storyline, and people who already love the story will appreciate the way the authors honored Williams’s book without making its 70-minute running time (not including intermission) feel rushed. 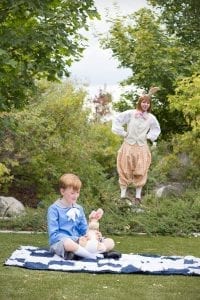 In addition to writing the score and contributing to the script, David Paul Smith also directed and choreographed the show. The blocking and dancing are clean and uncomplicated, making them a nice match for the story. The directing also focused on communicating important information unambiguously, such as the mechanical toys’ rejection of the stuffed rabbit and the way that the real rabbits differed from the velveteen rabbit.

On the other hand, having a stuffed rabbit and an actress play the rabbit simultaneously on stage was confusing for my four-year-old, who thought for a while that the boy owned two rabbits. By the standards for theatre for young audiences, this is a highly abstract staging choice, and I doubt my son was the only child who was confused. Still, the love that a child has for a favorite toy is almost universal, and because the situation was explained so clearly my son was very concerned when the doctor (played by Cody Hale) said that the rabbit had to be burned after the boy had held it while battling scarlet fever.

As the title character, Scout Smith had a endearing innocence to her character, and the rabbit’s childlike nature probably makes it easy for children to sympathize with the character. Scout Smith’s unadorned vocal delivery served the melodic score well, and her hope for a better future was nice to watch. Joseph Paul Branca played the narrator in this new play, and his bright voice, cheery face, and dignified made him an affable force in moving the story along. The only downside is that his role isn’t completely necessary; the narrator often states information that were conveyed through the dialogue in a scene. But kids won’t notice this redundancy, and the narrator’s presence probably makes the show accessible to a younger audience.

The rest of the cast rounds out the show nicely. Kelly Coombs is a joy as the sassy toy mouse during “You’re Not Real” and “The Bunny Has Got to Go,” and as the fairy in the final scene, her sparkling dress (by costume designer Tami Crandall) and polite line delivery was different from all the other characters, giving her an other-worldly presence. (That’s needed for the the deus ex machina ending that the character creates.) Another highlight was Cole McClure and Wade Robert Johnson‘s portrayals of Fluff and Floppy, respectively. These two played real rabbits as haughty characters who acted like how children imagine royalty or other “fancy people” act. The two brought a welcomed splash of humor to the outdoor scenes. Finally, Bailee Brinkerhoff Morris was superb as Nana, the overworked but loving governess. (Someone cast that woman as Mary Poppins!)

This is Hale Center Theater Orem’s first production exclusively for young audiences, and judging by the huge proportion of children in the audience (even by Utah County standards), it is already a success. The Velveteen Rabbit is a serviceable adaptation with a score that never veers into cutesiness. The play works as both an introduction to a classic children’s book and as its own story about love and devotion. I hope that the Orem Hale will follow this production with more productions for children and that parents with children under 10 will give the show a try. 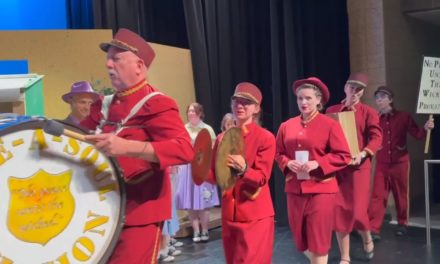