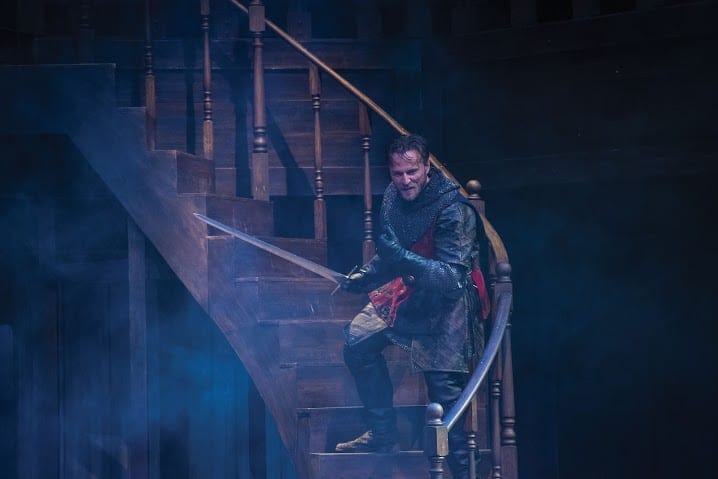 CEDAR CITY — Everyone has a hero. And so does every nation. For William Shakespeare, King Henry V was one of the great heroes of the English nation, and one worthy of being immortalized on stage. But how does a person become a hero? That is the question that Shakespeare explores in one of his most popular history plays, Henry V.

Henry V is the culmination of a four-play series written by Shakespeare. Starting with Richard II, and moving through both Part 1 and Part 2 of Henry IV, this sequence (called the Henriad by scholars) tells the story of the rise and success of the English Lancaster dynasty. The first three stories told the rise and reign of Henry IV, with the latter two telling how Henry’s brash son and heir, also named Henry, matures and becomes one of England’s greatest kings. Producing these four plays in the chronological order of the historical events is part of the Utah Shakespeare Festival’s Complete the Canon initiative, and it has given the series a continuity that is rarely found in productions of these history plays.

Whether seen as a stand-alone play or as the final play in the Henriad, the Utah Shakespeare Festival production of Henry V is a supremely enjoyable experience, with all of the rich language, sumptuous visuals, and splendid acting that the Shakespeare Festival is known for. Director Brian Vaughn has assembled a cast and crew capable of creating a production worthy of inaugurating the Festival’s new Englestad Shakespeare Theatre. Vaughn’s direction emphasized the growth of Henry into one of history’s great English monarchs. Rather than hurrying to the play’s famous speeches and battle scenes, Vaughn chose to emphasize the quiet moments in the script, thereby offering a richer portrayal of Henry’s character. This was particularly clear in the well-known scene where on the eve of battle Henry disguises himself as a commoner in order to gauge the attitude of his army. Vaughn ensured that Henry engaged with his men’s anxieties on their level, thereby showing that Henry V was in touch with the common man, despite his position. Vaughn also allowed gave a deliberate, serious tone to the scenes where Henry must make decisions about his former friends: Bardolph (played by Marco Antonio Vega) and Sir John Falstaff. These scenes contributed to the transition, which began two plays ago, of Henry V from a callow young man to a great king. Of course, showing a great man of history requires a great actor—and the Utah Shakespeare Festival certainly found one to play Henry V. Reprising his role as Henry V, Sam Ashdown showed the psychology of an imperfect man struggling with the burdens that kingship placed upon his shoulders. Henry’s internal deliberations were especially revealing, such as how to mete out justice, as in the scene where he punishes Bardolph for robbing a church in conquered territory. As a result, the confidence Henry displayed in the later scenes through his rousing speeches and forceful will were credible and moving. Ashdown was inspirational in delivering the rousing speeches in the play. Yet, Ashdown could also show a playful side to Henry, as in the lengthy denouement when Henry is courting Katherine, the French princess (played by Leslie Lank). The way that Henry—the domineering force in court and on the battle field—is reduced to a blathering lovestruck young man was charming and sweet. I also appreciated the humility that Henry showed after learning of his army’s resounding victory at the Battle of Agincourt. Ashdown seemed sincere in Henry’s recognition of God’s hand in his success, which emphasized the greatness of Henry’s character. Playing the chorus was Larry Bull, who in the first three plays of the Henriad portrayed Henry IV. Vaughn had Bull dressed in white and serve as an observer for many of the scenes, which gave the impression that the ghost of Henry IV was watching his son fulfill his destiny and supporting the young king from afar. This directorial conceit was powerful and strengthened the production’s connection to the earlier plays in the series. The only time when this theatrical choice did not work was when Bull also played the Governor of the conquered French town of Harfleur, because the governor was an enemy of Henry V’s. But generally, Bull’s quiet, dignified presence was an asset to the production.

The entire supporting cast of Henry V was capable of meeting the standards of excellence set by Ashdown and Bull. As the Archbishop of Canterbury, Peter Lohnes made a legalistic, rambling speech about Salic law clip along nicely and sound more natural than it should. When Lohnes later played the French king Charles VI, he provided the needed dignity for the role and resisted the urge to play a flat French stereotype. Lohnes’s Charles seemed like a suitable adversary for Shakespeare’s hero king. The trio of captains in Henry’s army—Fluellen (a Welshman played by Todd Denning), Macmorris (an Irishman played by Jack Lafferty), and Jamy (a Scotsman played by Luigi Sottile)—were particularly important in this era of modern tensions among the peoples of the British Isles. These three imbued their characters with individual personalities without having them lose their regional character. The result was that Shakespeare’s message—that the patriotism and honor of Henry V’s reign belonged to more than just the English—was clearly communicated. This allowed me to feel connected to the story and that an American like me could share in the jingoistic pride from the exploits of Henry V and the Battle of Agincourt. Space does not permit me to heap enough praise on the rest of the cast. As a unified group, though, they were successful at showing the state of Henry’s nation and army. For example, as the war drew on, the ensemble members seemed to be more tired, dirtier, and more worn down—an effective nonverbal way of showing the toll of war on the group as a whole. The performers in the battle scenes also executed some exhilarating fight choreography (by fight director David Woolley) that lived up to the expectations set by the battle scenes from earlier plays in the Henriad.

In my review of the Utah Shakespeare Festival’s production of Henry IV, Part Two, I lauded David Kay Mickelsen’s costumes. Therefore, I appreciated that some of those same costumes appeared in Henry V—another touch that unified the series of plays. The new costumes were no less amazing, whether it was the glistening French army’s armor, the stately dress for Katherine, or the grubby clothing for the low class characters mourning Falstaff’s death. I also immensely enjoyed Donna Ruzika’s lighting designs, which added to the feeling of danger during battle or the dignity of the French or English courts.

So, what makes a hero? In Henry V there are many possible answers to that question: success in battle, humility, a connection with the common man, or a sense of justice. The Utah Shakespeare Festival has created a piece of theatre that explores these possibilities in an entertaining and pleasing way. Vaughn has helmed a production that is a fitting conclusion to the Henriad series.

The Utah Shakespeare Festival production of Henry V plays various evenings at 8 PM through September 10 in the Englestad Shakesepeare Theater on the campus of Southern Utah University. Tickets are $20-73. For more information, visit www.bard.org. 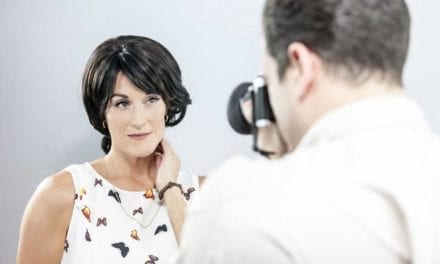