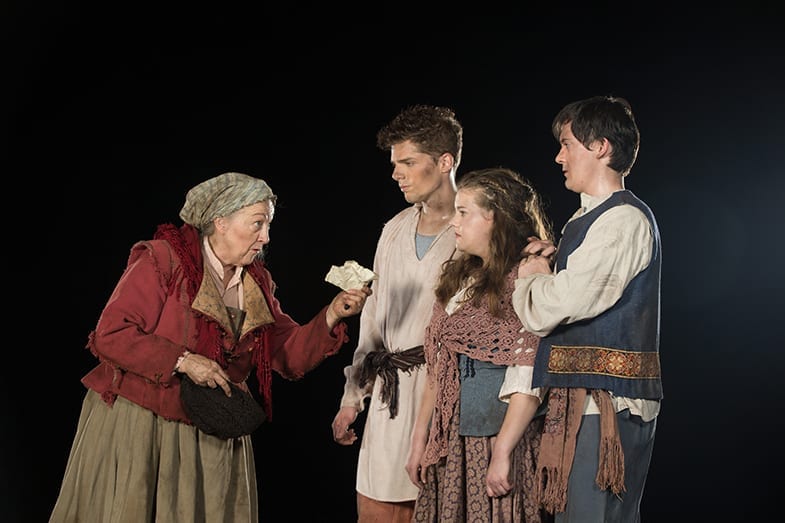 PROVO — After over a decade of following an army in wartime, Mother Courage says, “I’m getting tired of this wandering life.” But despite the personal costs of war and the weariness caused by her nomadic lifestyle, Mother Courage just cannot pull herself and her family away from the lifestyle she has chosen for them. The unflinching moral lessons of Mother Courage and Her Children are on full display in a worthwhile new production at Brigham Young University.

Mother Courage and Her Children tells the story of the title character who lives during one of the bloodiest times in Europe’s history during the Thirty Years’ War. Mother Courage follows one of the Protestant armies during the war to scrounge out a living selling supplies and food to the soldiers. Over the course of a dozen years, Mother Courage and her three children (named Eilif, Kattrin, and Swiss Cheese) each experience the devastation of war firsthand.

Barta Heiner plays Mother Courage so well that I pity the next actress that I see in the role because I will be thinking of Heiner the entire time. Heiner builds pathos for Mother Courage in her sufferings. Yet, Heiner also simultaneously undercuts the pathos as Mother Courage places material gain over her family’s well being. Heiner gives Mother Courage a pluckiness and indomitable spirit that allows her to carry on through the grim events of her life. While endearing, this optimism never becomes naive; for Heiner, it’s just a survival mechanism that Mother Courage has developed over the years to muddle through her life and survive. Heiner’s first entrance exudes joviality, and this positivity never wavers, even when Mother Courage faces personal tragedy or has been captured by an opposing army. In every moment of the play, Heiner is spellbinding as she infuses Mother Courage with a layers of sorrow and hope. This was apparent when Mother Courage and the cook (Joseph Swain) plead for charity at the parsonage or as she copes with her son leaving her to become a soldier. This production would have been painful to sit through if Heiner had been the only actor who created a noteworthy performance. Thankfully, every supporting cast member rose to her level to create a tight ensemble that powerfully conveyed the force of the ideas of playwright Bertolt Brecht. One problem of Brecht’s work is that the supporting characters are typically very flat, and their dialogue is telegraphic and artificial. Yet, all of the supporting cast was somehow able to breathe life into these characters. Dallin Halls was fun to watch as Eilif, especially as his final scene as a hardened war veteran contrasted with the idealism he expressed when he enlisted. As Swiss Cheese, Jordan Nicholes showed the characteristic shrewdness that his character inherited from Mother Courage, which permitted Swiss Cheese to become paymaster for a regiment. When the war caught up with him, Nicholes showed Swiss Cheese’s desperation as he tried to escape from the personal horrors of the war. Alana Jeffery as Yvette and Leah Hodson as Kattrin. Photo by Jaren Wilkey.

Although her character, Kattrin, is mute, Leah Hodson ensured that Kattrin was not pushed to the side of the action. With just gestures, body language, and eye contact, Hodson created meaningful relationships with other characters, especially Mother Courage. The curiosity and playfulness when she examined and then tried on Yvette’s shoes was emblematic of how Hodson could create an interesting character without saying a word. Finally, Alana Jeffery was interesting as Yvette, a woman who also works to survive in wartime, and whose life turns out much differently than Mother Courage’s. Jeffery’s voice is strong enough to make the song in her first scene sound better than the piece (composed by Darius Milhaud) deserved. Additionally, Jeffery showed that Yvette’s key to survival was her pragmatism, and this ability to adapt to circumstances provided Jeffery with opportunities to show different dimensions of Yvette, including sultriness, tenderness, and sorrow.

The driving force behind the strong cast was director David Morgan, who stayed faithful to Brecht’s artistic style and ideals. Morgan doesn’t flinch at the subversive messages of the script and subtly shows how Brecht undercuts traditional cultural wisdom (such as during the hymn “A Mighty Fortress Is Our God”). Morgan is also skilled at disrupting the action of the play without making the play feel choppy. This skill was especially apparent in the scenes where Mother Courage would be rummaging through her wagon as her children engaged with other characters. Finally, I appreciated Morgan’s use of silhouettes and shadows to show action in other locations or to illustrate the themes of the main scene on stage. Mother Courage and Her Children is the sort of play that an atheist writes when he tries to create a Greek tragedy without the Gods. Like the protagonists of ancient Greek drama, Mother Courage has an inherent character flaw that results in her downfall. But Brecht refuses to let her downfall be the consequence of some decree of the Gods, which makes her ruin the result of her own actions. Therefore, it is difficult to fully sympathize with Mother Courage because her choices result in negative outcomes for her and her family. But it is also hard to fully blame Mother Courage because she did not choose to live in a time of war.

As one of Bertolt Brecht’s most famous works, Mother Courage and Her Children has all the strengths and weaknesses of Brecht’s writing. Brecht builds many of his plays around a compelling protagonist, and Mother Courage is probably the most engrossing character he created. On the other hand, Brecht’s hallmark preachiness is interwoven into almost every scene. The result is a two-hour secular sermon on the evils of war and the dehumanizing results of capitalism. Brecht’s work is an acquired taste, and the things that people love about his plays and that push audiences away are all in this script (translated by Eric Bentley) and in BYU’s production. As one of the most important theatre philosophers of the 20th century, though, Brecht’s work is worthy of attention from every theatre fan, and BYU has a production that serves as a fine introduction to Brecht.

The visual style is characteristic of many Brecht productions, with a mostly bare stage punctuated by a single leafless tree in the center of the stage (set design by Russell Richins). Without any curtains or backdrop, the Pardoe stage looked spacious, which made it feel like there was no escape from fate for the characters. Combined with Michael Handley‘s pale lighting, the visual elements of the production made the characters emotionally naked as they stood under the audience’s gaze.

Mother Courage and Her Children is an important contribution to the Utah theatre scene. Audience members can see it as a showcase of spectacular acting, a lesson in 20th century theatre artistic theory, or a study of human psychology under stress. Regardless of what an audience member takes from Mother Courage and Her Children, it is worth the attention and applause of Utah audiences.

Mother Courage and Her Children plays Tuesdays through Saturdays through April 1 at 7:30 PM and March 19 and 26 at 2 PM at the Pardoe Theatre in the Harris Fine Arts Center on the campus of Brigham Young University. Tickets are $8-15. For more information, visit www.byuarts.com. 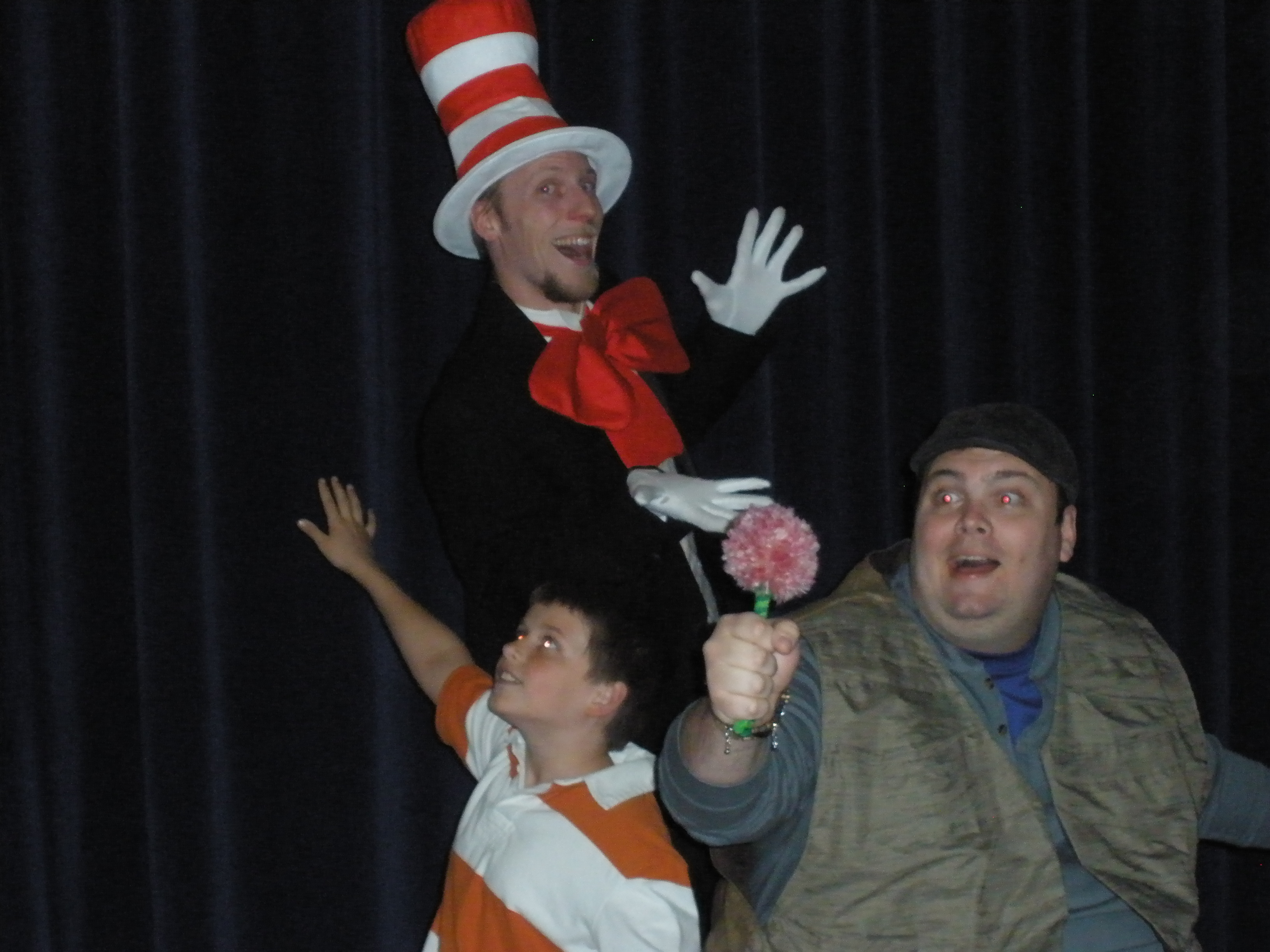 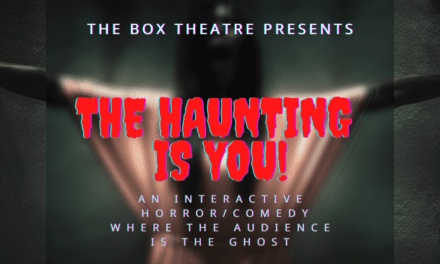 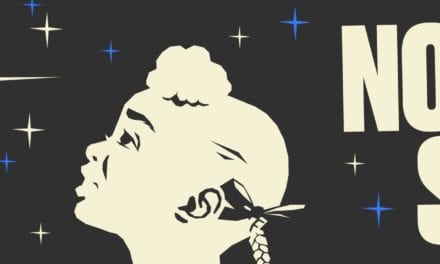