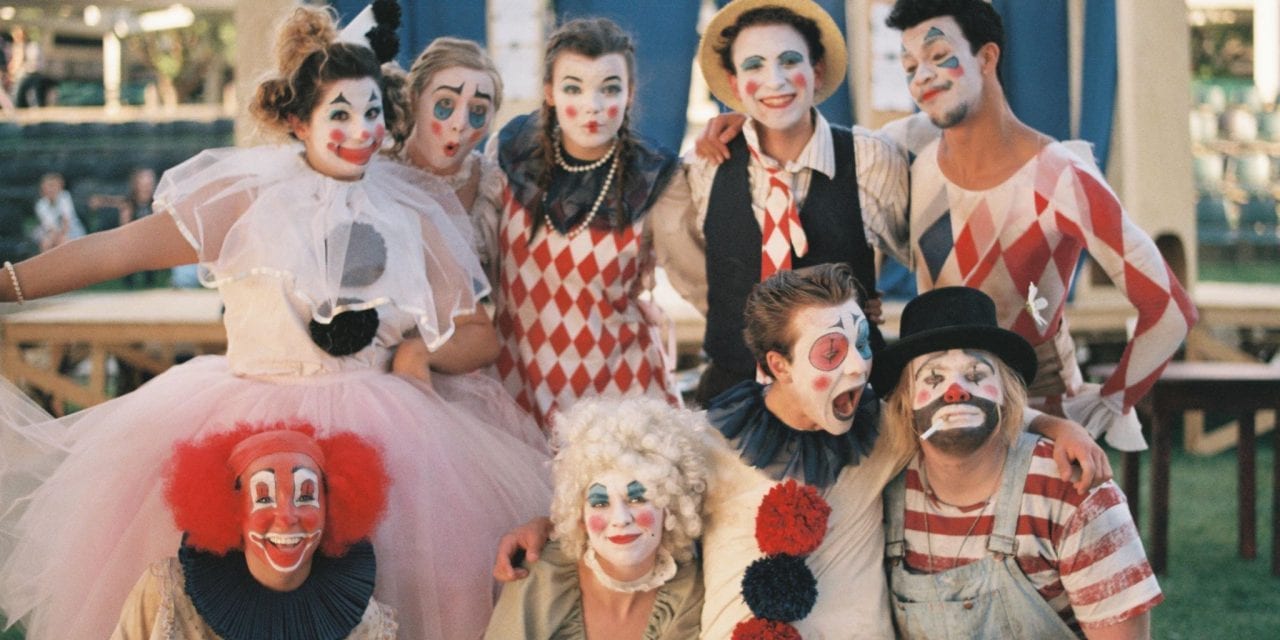 OREM — Some of the most interesting theatrical productions in Utah happen on the campuses of the state’s colleges and universities. As evidence, I present Utah Valley University’s new outdoor production of Tartuffe.

Tartuffe takes its story directly from the commedia dell’arte tropes that were commonplace in Molière‘s time. The hypocritical Tartuffe (played by Wade Robert Johnson) pretends to be a holy man, convincing Orgon (played by Becca Ashton). Orgon decides that Tartuffe should marry Orgon’s daughter, Mariane (played by Kat Hawley). Of course, Mariane prefers to marry Valere (played by Tristin Smith) instead. Meanwhile, Tartuffe is also pursuing Orgon’s wife, Elmire (played by McKell Peterson), who is repulsed by Tartuffe as much as Mariane is.

Director Cleveland McKay Nicoll made the daring choice of telling the story of Tartuffe without dialogue, with the minor exception of a one-sentence announcement explaining the events of the upcoming scene. To bring his concept to fruition, Nicoll had his actors perform the entire story with classical clowning techniques. While effective, what surprised me was the sweet innocence that the clowns injected into the play. Nicoll’s clowns (with their vintage costumes designed by Ariane Tomlinson and makeup designed by Whitney Black) are the childlike clowns of yesteryear—not modern creepy clowns that induce coulrophobia. Nicoll was innovative in creating silly scenes and finding new ways of moving the action forward without retreading jokes or actions. Finally, I appreciate Nicoll’s use of the natural water feature in the courtyard where the play was performed. I have seen other plays in the same space where directors ignore the feature or try to work around it. Instead, Nicoll embraced its presence and used it innovatively in the opening scene and when Mariane and Valere exchange tokens of their love. 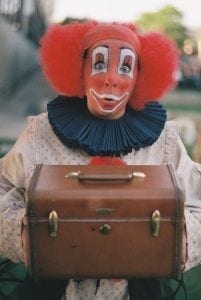 By relying on physical action to convey almost all information about plot and character, Nicoll was showing a great deal of trust in his actors. Thankfully, they were a cast worthy of that trust because of their wholehearted commitment to the director’s vision. As the title character, Johnson was appropriately lecherous as he attempted to woo Mariane and Elmire. Hawley, in the role of Mariane, blended the distress of the typical commedia daughter with some stubbornness, which increased the comic value of her resistance toward marrying Tartuffe. Plus, her knack for comedic timing and humorous physicality made the scene where Mariane fights with Orgon about marrying Tartuffe the highlight of the production. Peterson also impressed me with her pantomiming skills, which showed Elmire’s frustration with her husband and the disdain and disgust her character had towards Tartuffe.

Though I commend the cast and creative team for making this experimental production successful, there is one nagging question: After removing all the dialogue from Tartuffe, is it still Molière’s play? I’m not sure whether I saw an adaptation of Tartuffe, or whether a Tartuffe stripped of Molière’s wit and knack for dramatic structure is a completely different play. The creative team seems to think that this production is still Molière’s play; the program credits Molière as the play’s author, and there is no one listed as an adapter.

Regardless of whether this production is “really” Tartuffe, the show was still highly enjoyable. UVU’s Tartuffe was the most daring production I have seen in Utah County in several months. Generally, the worst part about it is that it has closed.

Tartuffe played in the courtyard of the Sorensen Student Center on the campus of Utah Valley University through September 12. For more information about UVU theatre productions, visit www.uvu.edu/theatre. 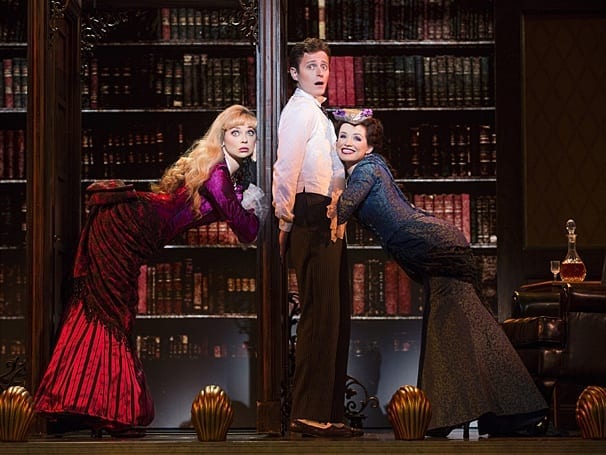