SALT LAKE CITY — I Am Jane is the poignant tale of Jane Elizabeth Manning James, a free Black Mormon pioneer. I was vaguely familiar with Jane Manning as a Black convert who lived for an extended period in the Joseph and Emma Smith Mansion House in Nauvoo, Illinois. My knowledge, however, extended to only a very small portion of the remarkable story of Jane Manning James.The stirring production, written by Margaret Blaire Young and directed by Lisa Edwards, draws heavily from a life history Jane dictated near the end of her life in 1908. Through Jane’s eyes, we see the Manning family’s arrival in Nauvoo after walking barefoot many of the 800 miles from Connecticut. We see her short but peaceful sojourn with the Smith family, her trek across the plains to arrive in Salt Lake City, and the progress of her family in Salt Lake City.

Jane’s story is told through the “play acting” of an endearing cast of characters. I honestly cannot pick out a single poor performance among the cast. Tamu Smith was perfect as the ever strong and optimistic Jane Manning James. Her candor and humor were well executed, and her portrayal of deep emotion was stunning. Keith N. Hamilton (who is also Executive Director of the I Am Jane Foundation) was delightful in the part of the Jane’s blundering yet sweet husband, Isaac James. Peggy Matheson was convincing as Agnes Thomas, a white woman whose friendship with Jane stretches her character and strains her family. And I would be remiss if I failed to mention Abe Mills’ role as narrator and Elijah Abel, a Black Mormon Elder, many-time missionary, and friend to Jane’s family.

As a descendent of white Mormon pioneers, I had often heard the stories of perseverance in persecution, faith in trials, and returning peace for prejudice. I had no idea, though, what this time must have been like for Black Saints who endured not only the prejudice of mobs and zealots, but of those within their own faith. This prejudice continued even after the pioneers settled in Utah, and the Saints were not free from mob cruelty and racism against Blacks. While I know I can never really understand the pain and isolation endured by Jane and her contemporaries, I have a new understanding and gratitude for their endurance and faith.

The subject matter was both thought provoking and heart wrenching, but it was delivered in a way that was inspirational and filled with hope. The cast carried the difficult subject matter with impressive vocals and well executed humor. The period was brought to life through Negro Spirituals (music director Carey Drisdom), impressive costumes (Camille Schroeder Morris), and a simple set (Travis Coyne). My only critique on the play’s execution would be sound quality. There were times when the characters’ speech was difficult to understand (particularly when they spoke quickly or with intense emotion) and when the sound system detracted from the powerful vocal performances.

Perhaps my love for this story blinded me to some of the shortcomings of the performance. You’ll have to judge for yourself. The powerful script portrayed the kind of strength and charity that is rarely seen, and I left the theater with deepened appreciation for those who have endured the unthinkable for their beliefs. Just one of her many challenges would be more grief than most of us will endure in a lifetime. Having been one of less than 30 free Blacks in Utah, having buried six of her eight children (the first of which was a product of rape by a white minister), having been abandoned by her husband, having her repeated petitions for temple blessings denied, Jane Manning James was still able to conclude her life history, “And I want to say right here that my faith in the gospel of Jesus Christ of Latter-day Saints is as strong today—nay it is if possible stronger—than it was the day I was first baptized.” Jane’s story is one of the rare kind that can be told in boldfaced honesty, without embellishment or exaggeration, and still inspire anyone who encounters it.

I am Jane plays at the Grand Theatre, 1575 South State Street, in Salt Lake City, every evening (except Sundays) through June 19th at 7:30 PM.  There are also 2:00 PM matinee performances on Saturdays.  Tickets are $9-24, depending on your status (adult, senior, or Salt Lake Community College student/employee/faculty) and the location of your seat.  Visit www-the-grand.org for more details. 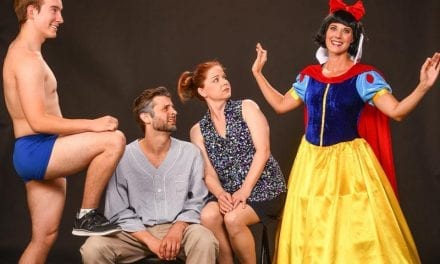 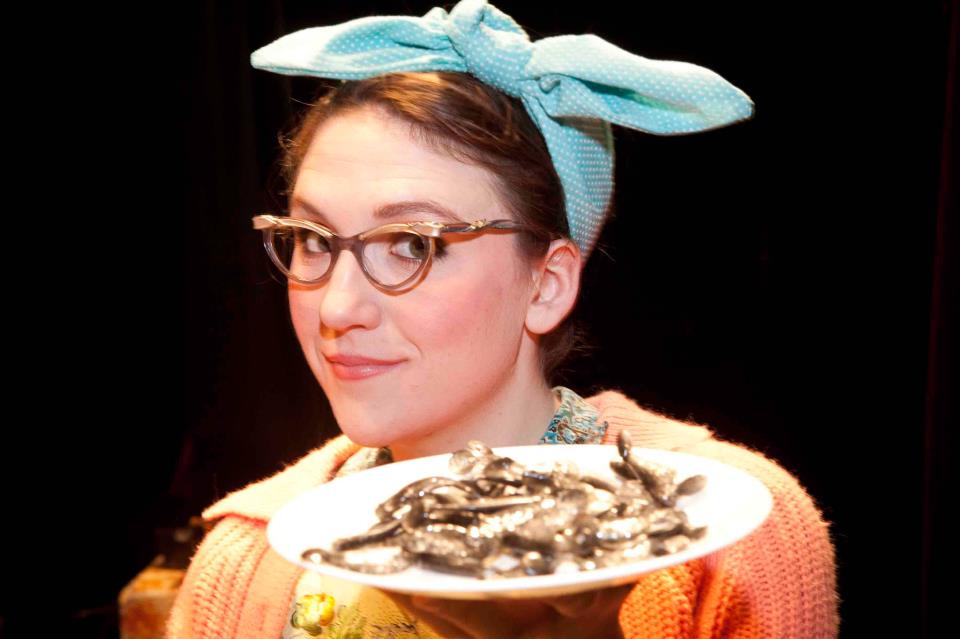