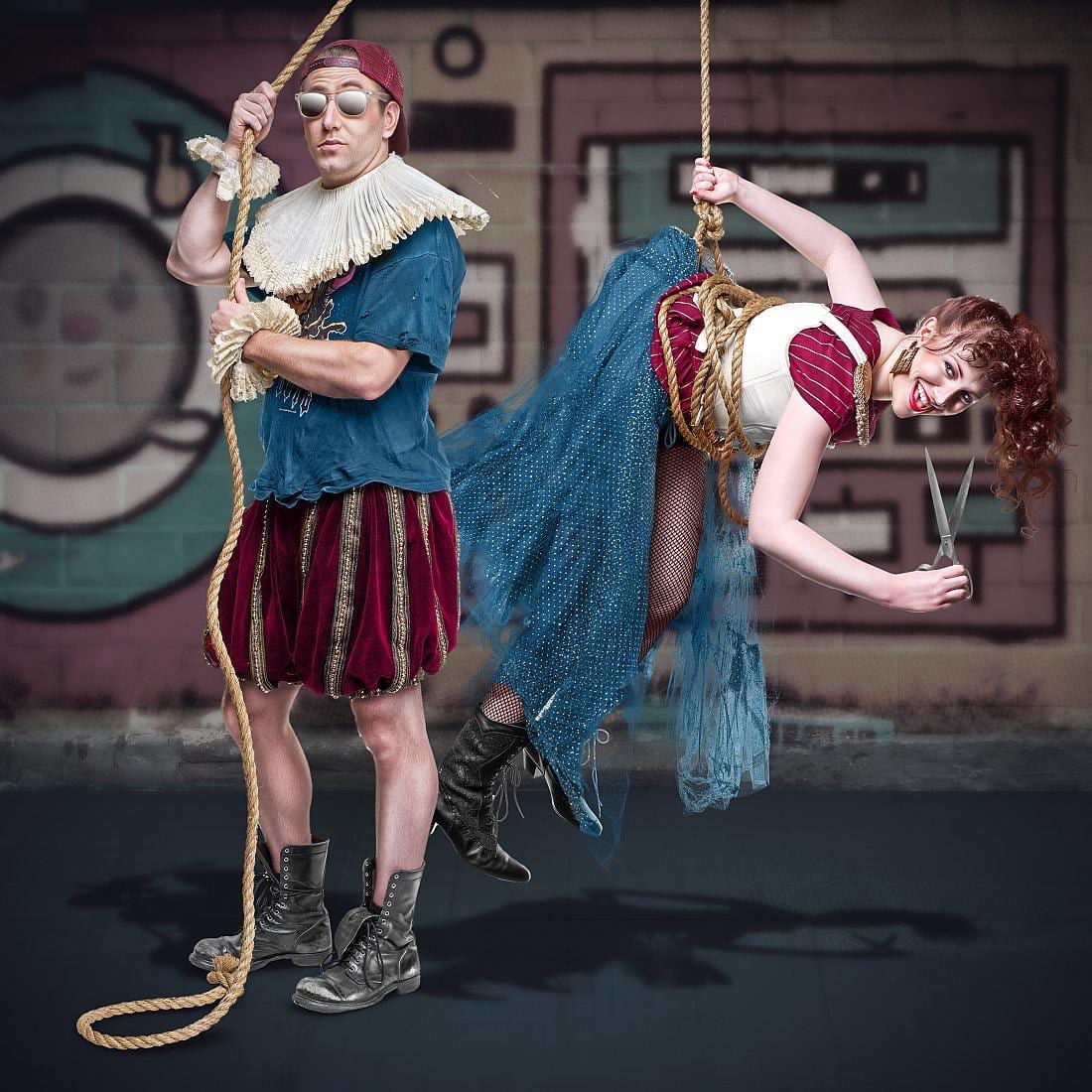 OREM — The Taming of the Shrew, like many of Shakespeare‘s best plays, is so versatile. The film 10 Things I Hate About You moved the story to a high school at the turn of the millennium, while BBC (in their excellent miniseries Shakespeare Retold) turned Katharina into a powerful British politician. In Utah I have seen stage productions set in the 1960’s and in the 21st century. And Utah Valley University’s production of The Taming of the Shrew is set in the 1980’s. As a result, the show has a unique visual style and a humor that made the play an ideal Shakespeare experience. The Taming of the Shrew can be a difficult production to direct because of the dramatic ways that opinions about women have changed since Shakespeare wrote the script. Yet, Lisa Hagen handled this production masterfully by making the production so silly and enjoyable that it was difficult for me to take the sexist overtones seriously. Hagen injected humor in almost every scene, such as the hilarious way she had the characters fall in love at first sight, or the constant humiliation that Grumio (played by Case Spaulding) experienced. As a result, Hagen has created a production that is a unqualified joy to watch, and I was never bored as the evening unfolded.

Starring as the shrew Katharina was Toria Truax, who ensured that her character lived up to her well earned reputation. Truax quickly established Katharina as an insufferable woman, and it was clear why many of the male characters didn’t want to have anything to do with her. I also loved how jaded and detached she was from the people around her. Playing opposite Truax as Petruchio, the confident man who woos Katharina and tames her during the play, was Eric Geels. He made Petruchio’s decision to marry Katharina a far more logical decision than in many productions I have seen. As portrayed by Geels, Petruchio is rich, debonair, and confident that he could have any woman he wanted. Therefore, he chose Katharina as a challenge, and his ultimate success in marrying her is a conquest for Petruchio. The poise which Geels gave to Petruchio made the character a likeable, even as he was mistreating Katharina, or when he talks about his desire to “wive it wealthily in Padua.”

Some members of the supporting cast were just as enjoyable to watch as Truax and Geels. Topher Rasmussen as Lucentio, who courts Katharina’s younger sister, Bianca. Rasmussen’s wonderful first encounter with Bianca (played by Aubrey Wilde) was well performed, and it showed why Lucentio would go to such great lengths to pursue Bianca. Coral Chambers was another standout as Baptista, the mother of Katharina and Bianca. Chambers cracked me up in most of her scenes through her interactions with Geels, Truax, and Wilde, which made Baptista a more than the generic befuddled parent character that Baptista usually is. However, all of the cast created superb performances, and each contributed to the success of The Taming of the Shrew.

If the great direction and acting weren’t pleasing enough, the play was a visual masterpiece, thanks to technical director Daniel Whiting. The set (designed by Stephen Purdy) was detailed, with its variety of textures (astroturf, wood, wallpaper, and simulated brick and concrete) and levels were well suited to every scene of the play. But what made this play memorable is the 1980’s costumes (designed by Jennessa Law-Fulton) and hair (Megan Ann Bisbee). Both visual aspects of the play were integral in establishing the 1980’s setting. The bright colors, leg warmers, and other hallmarks of 1980’s fashion established the mood of the play perfectly, and the illusion of the time period was disrupted. And I can’t say enough about the big hair (especially for Baptista and Katharina), which was a constant reminder of the ’80s.

Really, I can’t praise The Taming of the Shrew enough. The production is nearly flawless, and there is so much humor in it that even newcomers to Shakespeare will find plenty of material that they can enjoy. Veterans of Shakespeare will appreciate the fun setting and Haden’s careful direction. With such high quality work like this production at Utah Valley University, it’s no surprise that this department has—two years in a row—won so many of the most prestigious collegiate theatre awards from the Kennedy Center’s American College Theater Festival. Readers who miss this production are cheating themselves out of one of the season’s best Shakespeare shows in northern Utah.

The Taming of the Shrew plays every Thursday, Friday, Saturday, and Monday through April 26 at 7:30 PM and on April 26 at 2 PM at the Noorda Regional Theatre on the campus of Utah Valley University. Tickets are $8-12. For more information, visit www.uvu.edu/theatre. 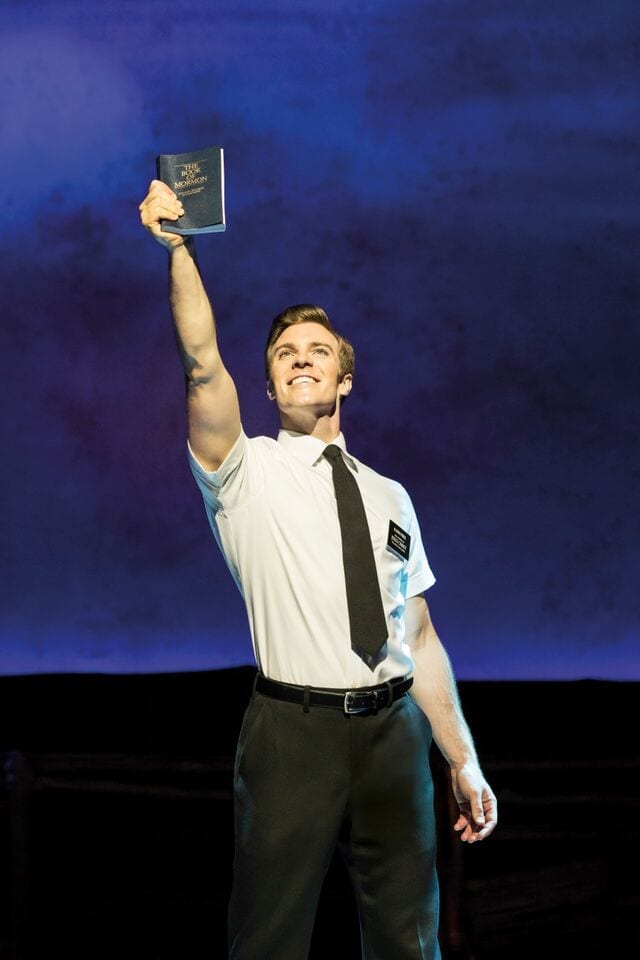 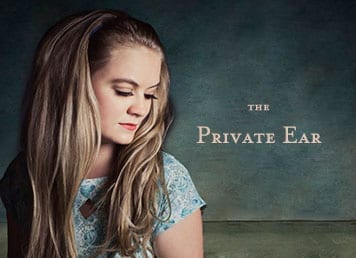 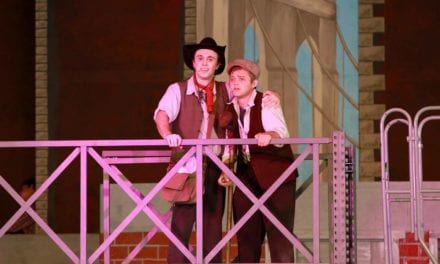 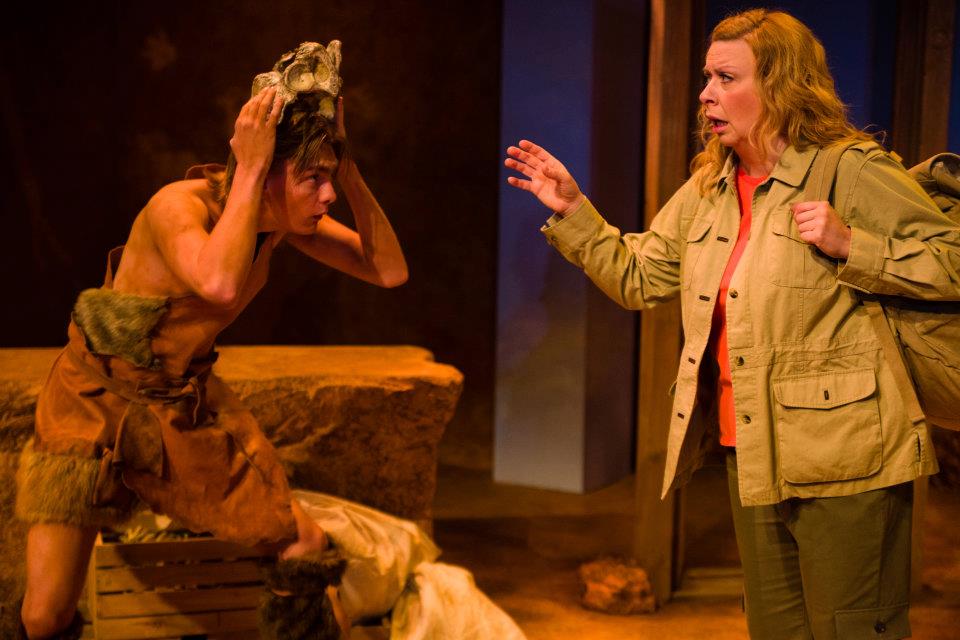 COURSE 86B IN THE CATALOG is more than just history