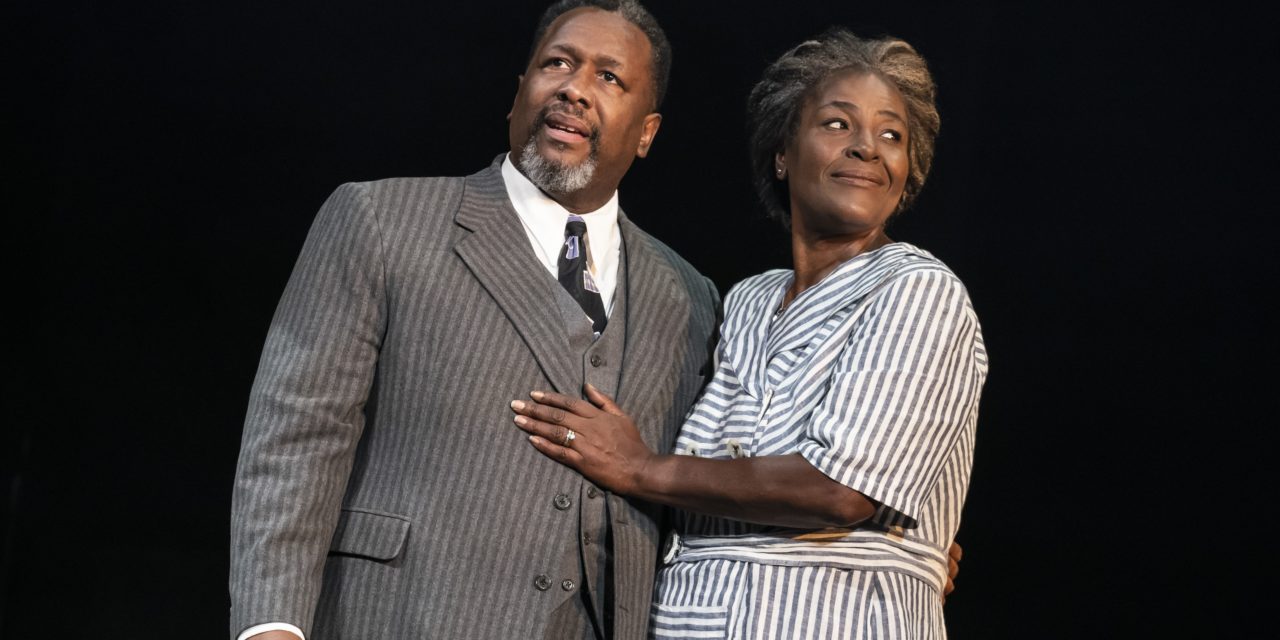 NEW YORK CITY — Tragedies have been part of theatre since the time of the ancient Greeks. But Arthur Miller‘s Death of a Salesman took a genre that originally told stories of the downfall of kings and other mighty men, and applied it to someone ordinary: a travelling salesman. The play is a classic of the American theatre that is far more relevant to its audience’s daily life than any tragedy by Shakespeare or Sophocles.

In Death of a Salesman, Willy Loman (the title character) is a 63-year-old man facing the end of his career. Though never excellent, his job performance has deteriorated markedly. Willy copes by convincing himself and those around him that he is much more successful than he is because the truth about his mediocrity is too hard for him to talk about. But reality intrudes, nonetheless.

For this Broadway revival, director Miranda Cromwell cast Black actors to play the Loman family and most of the supporting roles. This artistic decision deepens the play. Cromwell interweaves aspects of early 20th century Black culture into the play, most notably the addition of blues music. The Lomans in this production are real human beings who inhabit a specific culture but also experience universal dreams and disappointments.

Cromwell was innovative in several aspects of this production. The use of camera flashes, audio recording playback, and stylized motion were a vivid way to show Willy’s psychological turmoil (with contributions to this effect provided lighting designer Jen Schriever and sound designer Mikaal Sulaiman). The use of silhouettes and period music also enhanced the mood and enveloped the audience in the time period. And I loved Cromwell’s use of silence to punctuate critical scenes, allowing characters’ emotions to simmer or for the audience to take in a pivotal moment. 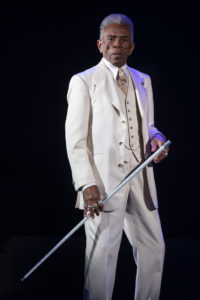 Wendell Pierce plays Willy Loman masterfully. Pierce gives Willy a stubborn pride, and watching the character reluctantly debase himself (such as when Willy had to ask for money or better job conditions) was heart-wrenching. Pierce is emotionally naked in his portrayal, whether it is while showing Willy’s regrets about the past, or in the anger Willy has about his customers abandoned him. A master of his craft, Pierce never ceases to give a riveting performance. One line from the script, which Pierce spoke, perfectly sums up his performance: “A star like that, magnificent, can never fade away.”

Sharon D. Clarke plays Linda Loman as the glue that holds the family together. Clarke gives a nuanced performance that shows that Linda works as hard as Willy does to preserve his dignity. The anguish when Linda tells her son Biff that Willy is contemplating suicide was a tour de force, and her sorrow at the funeral scene seems to pour out of Clarke in buckets. I also appreciated the intimacy between Linda and Willy; Clarke and Pierce have a sweet chemistry between them, and I found it easy to believe that Linda would sacrifice so much for the man she loves. Thanks to Clarke’s fabulous multidimensional performance, I have an increased appreciation for Linda. 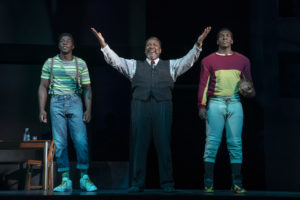 The supporting cast of Death of a Salesman is a dream to watch. Khris Davis is stellar as Biff, Willy’s son who is tormented by his father’s behavior. Davis creates a vivid distinction the optimistic teenage Biff and the broken Biff in his mid-30s. The character’s final monologue is a moving climax to the play that rewards the audience amply for their time. McKinley Belcher III plays Happy in a form that is true to the character’s name, but as the play wore on, I was intrigued by Belcher’s ability to show the character’s denial as a coping mechanism and not a flat characterization.

Fleischle also served as the production’s scenic designer. The play is performed on a black unit set, which includes platforms that can shift position or change height. Items needed to show a location in the Loman home (such as window or door frames, chairs, or tables) are suspended on cables above the stage and lowered as needed. Schriever favors white and pale colors in her lighting design, giving the production a ghostly feel.

The 2022 Broadway revival of Death of a Salesman is a great American play featuring a great cast. Miller’s script has not diminished in power, and Cromwell’s direction has enhanced the show and made it essential viewing for Broadway audiences.

The current Broadway production of Death of a Salesman plays Tuesdays through Fridays at 7 PM and Saturdays 8 PM, with matinees at 1 PM on Wednesdays, 2 PM on Saturdays, and 3 PM on Sundays through January 15 at the Hudson Theatre (141 West 44th Street, New York City). For more information, visit salesmanonbroadway.com. 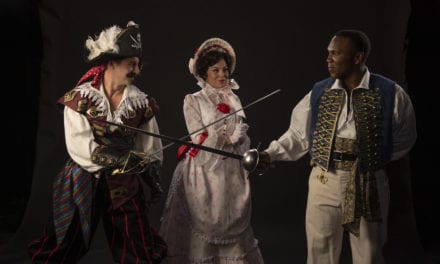