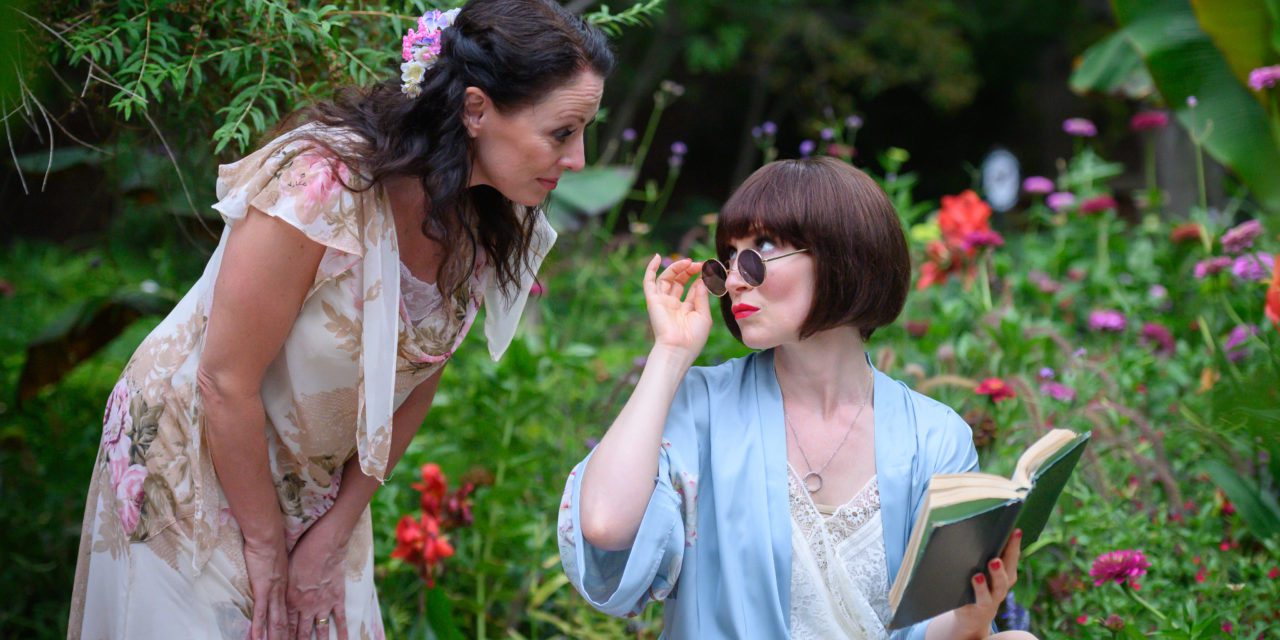 OREM — Enchanted April is a charming story based upon the 1922 novel by British writer Elizabeth von Arnim. The novel, in turn, was inspired by a month-long holiday von Arnim took to the Italian Riviera a year or two after “The Great War.”  The book was an instant hit and probably the most widely read novel in England and America in 1923. 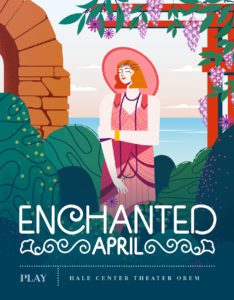 The story follows four dissimilar women in 1920s England who, weary of the rainy, gray weather — and their dreary, gray lives — go on holiday to a medieval castle in Italy for the month of April. The play, written by Matthew Barber, debuted on Broadway in April (of course) in 2003.  It is not a great play, by any means, nor a great adaptation of the book, It lacks the depth of character and relationships that are in the book, unfortunately sacrificed, I am sure, for brevity. But Enchanted April does have charm, humor and, for the most part, delightful characters.

The production of Enchanted April at the Hale Center Theatre in Orem is lovely. David Morgan directs the show well, expertly moving around his cast of performers to create pleasing scenes.  The first act lags a bit, but this is not David Morgan’s fault. Rather, it is inherent in the play.  However, the second act picks up and redeems the show. Indeed, Enchanted April is in keeping with the impressive caliber of Hale Center Theater Orem’s shows. The company has a finite budget and the limitation of a stage the size of a postage stamp. Yet, their productions are creative, unique and quite amazing. Thanks to David Morgan and his actors, Enchanted April meets the Orem Hale’s high standards. 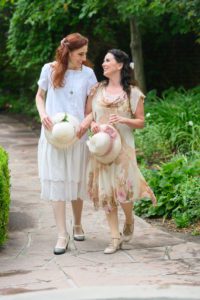 What stands out in this production are the women at the forefront of the play.  Wonderful performances by Annadee Morgan as the quirky and visionary Lotty Wilton; Dianna Graham as the ultra-religious, tormented, buzzkill Rose Arnott; Lisa Zimmerman as the aloof aristocrat-with-a-heart-of-gold, Lady Caroline Bramble; and Melany Wilkins as the demanding and disapproving geriatric Mrs. Graves are all delicious to watch.  These ladies are truly marvelous in their roles.  They start out as disparate and pejorative but through the prodding and guidance of Annadee Morgan’s Lotty, end the play as sisters.  It’s satisfying and heartwarming as are the actresses. I must also single out Jenny Dye as the Italian-speaking housekeeper, Costanza. Dye is delightful and funny, bringing humor in whenever she enters.

The rest of the cast is rounded out by the gentlemen who belong (or will soon belong) to this interesting cadre of women: Ben Sansom as Lotty’s overbearing husband, Mellersh Wilton; Blake Barlow as Rose’s husband, Frederick Arnott, and writer of lewd (dare I say, dirty) books; and Jordan Nicholes, who plays the light-hearted owner of castle, Antony Wilding.  The men are supporting characters to the women, and they each give a winning and excellent performance.

The set by Jason Baldwin is great. Baldwin manages to squeeze as much into the little space, establishing a suitable ambiance for the production. The costumes by Elizabeth Banks are nearly period perfect, and they effectively transport the audience back 100 years. Janna Larsen‘s hair and makeup designs fit the period also, though the wig for Mrs. Graves was not convincing.

The biggest flaw of Enchanted April occurs toward the end of the first act when Lotty and Rose tell their husbands that they are going on holiday.  Both scenes take place at the same time, leap-frogging and spring-boarding off each other, which is an old theatrical device.  However, it was staged so that, not only were the two scenes happening at the same time, it was as if they were happening in the same room. It was a bewildering directorial choice that took me out of the moment until I understood that I was actually watching two interwoven scenes.

It is a pleasure to see a play about interesting, vibrant, and complex women — women written with multiple layers and played by interesting women with complexity and subtlety.  Kudos to Hale  Center Theater Orem for mounting this play. Enchanted April is an endearing story with wonderful actresses playing interesting characters, who grow, develop, and change before the audience’s eyes. And they do it with grace and humor.  What more could anyone ask for? 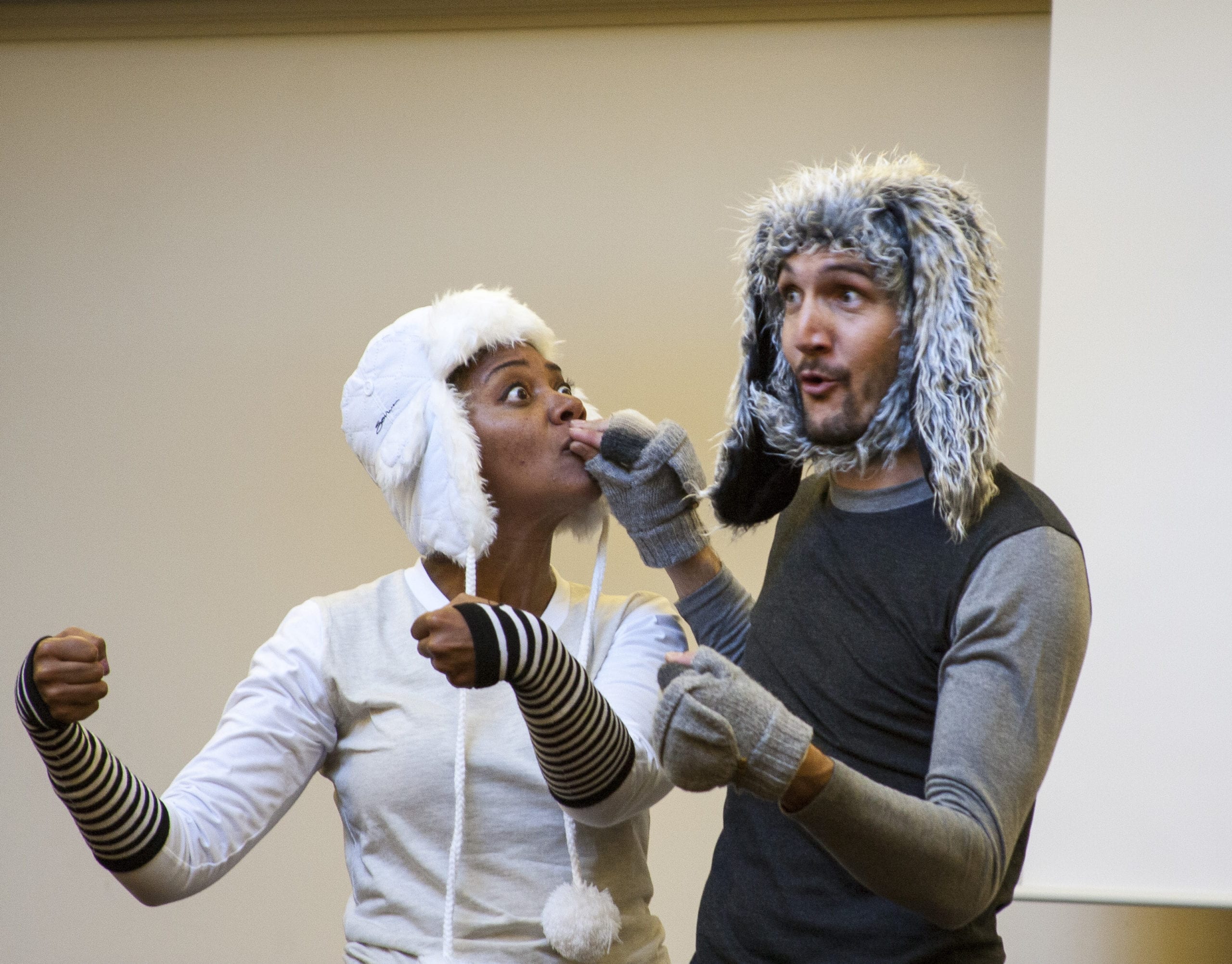