AIR PLAY is a joyful celebration of life

PROVO — For a year and a half Brigham Young University’s de Jong Concert Hall brooded in COVID-induced silence.  Then into the darkness came the laughter of care-free children. Then there was light, in which glowed an enormous swath of fabric,  twisting, dancing lushly on a column of wind. Thus, wordlessly, Air Play breathed life and color back onto the BYU stage. Balloons were juggled, umbrellas flew, snow fell up, the very air shimmered.

And it was good.

It is not possible to describe the essence of Air Play in anything but poetic terms.  Technically, the performance is “physical theater,” a circus-like art form which draws from dance, clowning, miming, acrobatics, puppetry, sound, and so forth to explore and create meaning. The emphasis is not on narrative or words, but on the movement of the body.  It is, as one of the actors explained in the Q&A afterwards, a performance of “look.”

In this case, the moving bodies belong to the husband and wife team of Seth Bloom and Christina Gelsone (collectively known as AcroBuffos), who created this show in collaboration with kinetic sculptor Daniel Wurtzel and director West Hyler.  The “plot” is listed in the program as an “adventure of two siblings journeying through a surreal land of air.”  In a performance of almost no dialogue, the two performers subtly express a great deal of emotion: teasing, competing, and consoling one another as they grow and then eventually part.  Even if one misses the metaphoric relationship aspects – the show is particularly family-friendly and welcomes ages 4 and up – the performance is utterly engaging as surprise follows humorous surprise.

The antics are not confined to the stage either.  With childlike glee Bloom and Gelson blow objects into the house, scramble over the seats after things, and include audience members in the action.  At one point Bloom used a battery powered…very small leaf blower?…very large hair dryer?…to keep an large red balloon just out of reach of uplifted hands and then lift it almost in reach of the balcony.  At another point the actors coaxed a young girl and an older man onto the stage and handed them butterfly nets to see who could scoop more small balloons out a whirlwind. (In deference to the pandemic, the actors masked up whenever they were near audience members and offered hand sanitizer to anyone who touched a prop.)

The technical aspects of the show were deceptively simple: no set, one plain costume each in primary red or yellow respectively, familiar music to set the mood, lighting that never intruded, crucial sound effects so well designed and executed that they never drew undue attention.  After the show, Bloom and Gelson gave credit to their (unlisted) “invisible third performer” for her flawless work, despite having not done the show since Covid shuttered all theaters.  In reality, it apparently takes a vast amount of technical know-how to pull off this show, including scientific knowledge of how barometric pressure, temperature, the shape of the theater, humidity, etc., and even the size of the audience will impact the movement of the props alone. And that does not even include  the extensive training in ballet, clowning, acting etc. required to make the performance seem artless.

The AcroBuffos have performed their shows in venues all over the world, from fine theaters to war zones, reaching people of countless cultures through what is universal.  Even the title of this show seemed particularly symbolic to me: Air for the life of the body; Play for the life of the soul.  What could be more universally needed during this divisive time? 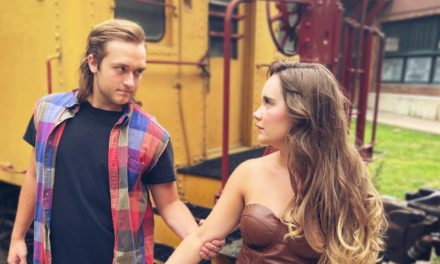 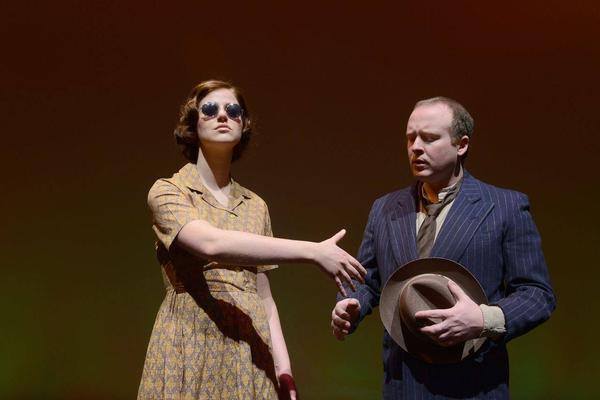 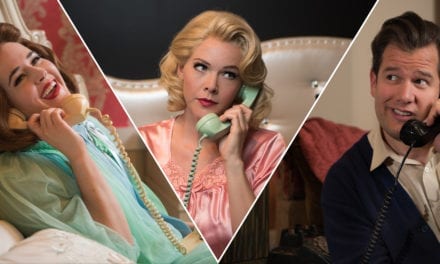