SANDY — The Secret Garden has been enjoyed on the page, stage, and screen for over a century. Based on the children’s novel by Frances Hodgson Burnett, the 1991 Broadway musical production adds stirring music to the mix, while darkening the tone beyond what is typically accepted as children’s entertainment today. Hale Centre Theatre’s staging of the Broadway production provides an evening of fine singing and acting and plenty of drama, heartache, and redemption to go around. 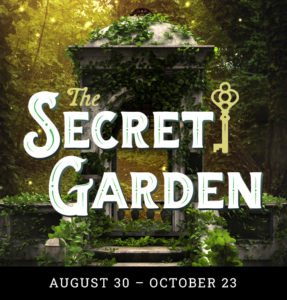 The story, with book and lyrics by Marsha Norman and music by Lucy Simon, tells the fictional tale of ten-year old Mary Lennox, an expat orphan who arrives at her uncle’s home in England. Devoid of kin and shunned by her uncle, she makes friends with the estate’s staff and slowly unfolds the mansion’s mysteries. In the end, with a helping hand from Mother Nature, they succeed in bringing life back to the bleak manor and everyone inside.

The story is loaded with heavy concerns: pandemics, death, child abuse, neglect, medical malpractice, and hypochondria. While its majority involves people being very bad to each other, it is ultimately a story of hope and the healing power of nature. At Hale Centre Theatre, the show’s darkness permeates everything: the stage is a glassy black, and even the furniture (designed by Kacey Udy) is matte black, signifying that not even reflected light exists in Craven Manor. After an hour, a feeling of somberness set in, as character after character sang about how sad they were and how life treated them unfairly.

I was way too forgiving in my 2018 review of the Children’s Theatre production, which was gothic, dreary and horror-influenced. In both productions, I see little for children to enjoy, despite them being protagonists. Hale Centre Theatre’s production is best enjoyed by adults looking for music and drama topped by hope.

Despite the tonal misstep, this is a quality production. Every member of the cast was excellent, including young Kelsey Plewe as Mary Lennox and Blake Burnham as her mysterious, crippled, homebound cousin Colin Craven. W. Bryan Buhler stood out among the cast as Dickon and created a perfect performance. His delightful baritone vibrato fit well with the character of a backwoods young man near the Scottish border. Buhler gave Dickon the warm, innocent boyishness is needed to balance the show’s darkness. It also helps that he performed “Wick,” one of the musical’s classic songs.

Jayne Luke (as Mrs. Medlock), Kelton Davis (as Dr. Neville Craven), and Keith Evans (as Archibald Craven) gave strong performances as the “adult” characters. (I use quotations because Buhley is clearly of-age). Evans shouldered the load of the perpetually mourning Archibald well with a fantastic singing voice. Luke gave a confident, natural performance as the tart and surly head servant. McKelle Shaw in the role of Martha, delivered a powerful and inspiring “Hold On.” Hale’s work with cast accents (the play’s setting is Yorkshire) also deserves commendation.

Director Dave Tinney effectively created several memorable set pieces and stagings. Windows were a recurring motif, fittingly for a musical that takes place in an expansive English manor. Several dangled overhead at odd angles, hinting that all was not well in the house. Later, wheeled mirrors were used to great effect in a scene within Archibald’s mind between him and his wife. And what would a Hale Sandy production be without aerials? This time, it was Lily Craven (played by Brittany Andam) swinging in a rotating gold frame—the picture of French rococo.

Hale Centre Theatre expends a lot of effort on account of their theater-in-the-round stage to give the entire audience a good view, with characters and scenes often moving around briskly. “The Secret Garden” was more successful at this than other productions. The cast and stage frequently rotated in a natural-feeling way, ensuring no part of the theater had to look at the back of heads for too long.

Jaron Hermansen’s lighting design compensated for its general darkness, with an army of 16 credited spotlight operators—although thankfully I never spotted more than three working at once. When Lily was onstage, the entire theater was flooded with bright pink light, matching the pink roses of her costume (and, of course, her secret garden). I found this overwhelming pink a little heavy-handed.

The show is enlivened by animal puppets created by Troy Larsen. The birds, rabbits and dog puppets were made out of sticks and controlled by the Greek chorus. The chorus played an enormous role in the production. Instead of the usual random cityfolk, it was made of Mary’s dead family and friends who perished in India. Most of these interactions were neutral or positive, which brought additional emotional heft to the production. However, the chorus was also responsible for several terrifying numbers liable to give children nightmares. Sure, the chorus represents Mary’s fears and memories in addition to actual people, but can’t the dead just leave poor Mary alone?

The Secret Garden plays nightly (except Sundays) at 7:30 PM, with matinees at 12:30 PM and 4 PM on Saturdays through October 23, with an additional matinee on 4 PM on October 15, at Hale Centre Theatre (9900 South Monroe Street, Sandy). Tickets are $24-52. For more information, visit hct.org. 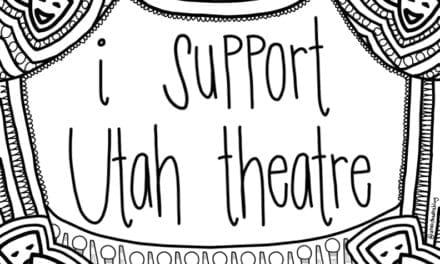 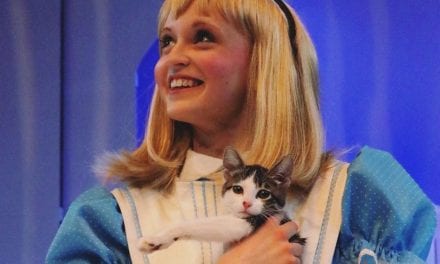 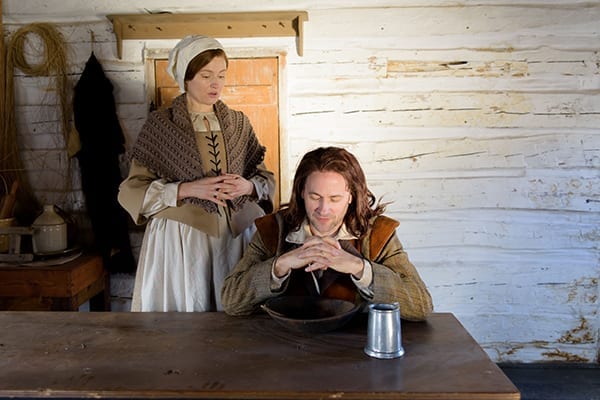