SALT LAKE CITY — Harold Pinter’s The Dumb Waiter may just reveal the answer to this review’s title question as well as many others that main character, an hired assassin, Gus asks throughout the 1-hour show.

However, you’re more likely to find the answers in the silence.  As Director Craig Williams writes “In The Dumb Waiter, as in life, unspoken communication can be the strongest indicator of what is waiting just around the corner.  Listen with your eyes…”

The Sugar Space provides a home for yet another new local theater company “3 Players’ Theater Group.” As a reviewer and patron, I have attended several inaugural productions at this unassuming performance space tucked away in Sugarhouse.  It is always a joy to see something new! If for no other reason, you should go see this show to support this venue and a new theater company willing to do bring Harold Pinter (Nobel Prize winner for Literature) to the Utah stage.

The Dumb Waiter introduces us to Gus and Ben, two assassins waiting for orders on their current assignment.   The play begins quietly with nearly five minutes of silence. The audience is left to create first impressions based solely on body language and the organization of personal effects, or lack thereof.   By the time the speaking begins, it is assumed that Ben is anxious, uptight and incredibly controlled.  In direct opposition, Gus is much more relaxed with little concern for order.

As the show progresses, the confusion, tension and questions arise. An interesting choice in this production is the casting of a female in the role of Gus, a role normally portrayed by another male.  This was a good choice as it added another level of opposition between the protagonists.

Katie Evans as Gus was comfortable and connected with her character.  The shuffling through mess, the good-natured goading of Ben and the curiosity of dozens of questions felt natural. In contrast, it was hard to connect with John Rollins as Ben.  This may have been intentional, as Ben is perceived to be the more senior or professional assassin of the two.  Ben is harder, violent and not an endearing person.

I walked away from the production, happy that I’d gone and extremely grateful for the opportunity to relish in a bit of Pinter’s work. However, as I have researched the show and learned more, I have come to realize that this show has the potential to be an incredibly tense and dramatic work.

This production is engaging and I was curious as to what would happen next.  The final 15 minutes were certainly dramatic and I thought both actors did a great job portraying the raw nerves as the impeding assassination grew ever closer.   And of course …. the ending was to die for! 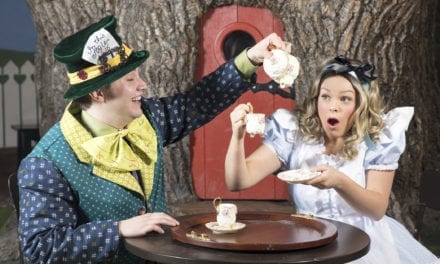 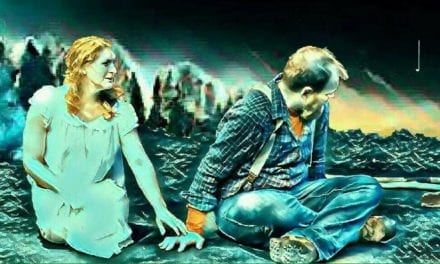