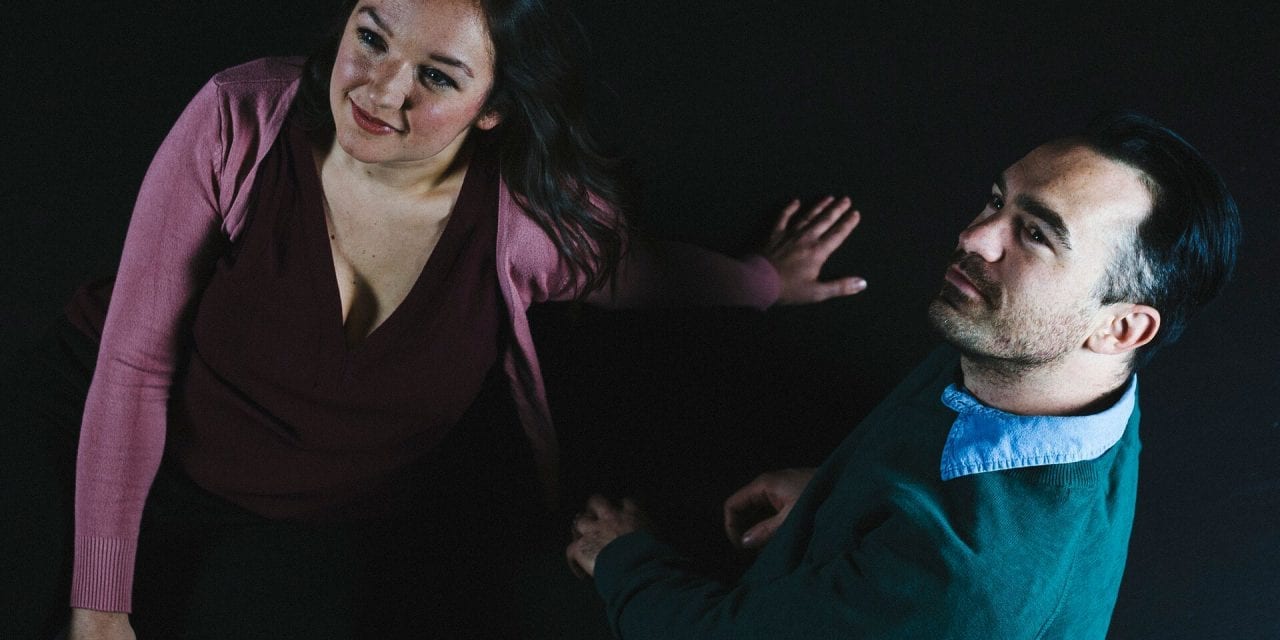 OGDEN — Constellations is a play written by Nick Payne and directed at the Good Company Theatre by Tracy Callahan.  The plot starts as a romantic story between Roland (played by Jesse Nepivoda) and Marianne (played by Haley McCormick) that evolves into a much more nuanced look at life, love, and choices. Originally produced in London, Constellations blends science, love, mystery, and quantum physics to explore themes such as choice, love, trust, infidelity, illness, and suicide. 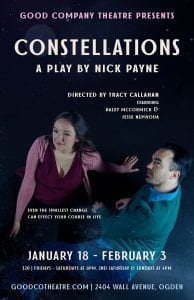 The stage was bare, with several spherical lights hanging from the ceiling.  No set pieces or props were used in the production, which actually gave the audience the mental freedom to focus on the movement and the performance of the players.  Lighting design by William Peterson and sound design by Lydia Oliverson and Kelly Wideman were not overstated. Both managed to be integral to the plot, including the changes in music to indicate crossing from one realm to another and changes in lighting to indicate range of mood, time, and motion.  These small choices paid off well in the overall flow and progression of a show that could have otherwise slipped into a confusion for people whose quantum physics understanding comes from Marvel movies, instead of a physics class.

Much of the play revolves around specific scenes replayed with different outcomes or alternate timelines. When I discovered the concept and structure of the play, I was worried that my social worker artistic brain would be lost in the first scene, but the magic artistry of Payne’s words (as brought to life by Callahan) left me feeling more connected to humanity and a little bit more informed about physics. Thanks to the careful work of Callahan, this production of Constellations is a fascinating look not only at human emotion through the vast range of acting skill of these fantastic players.

Nepivoda and McCormick both showed and extensive range of emotion and understanding of human nature.  I could utilize almost any scene to point to how effective this was, but the most prominent as the moment leading to a proposal of marriage.  As the scene replays, the exact same words are used, but Nepivoda is a master of body language, and his mannerisms and lack of nervousness at some points—and over-nervousness at others—were astounding. McCormick, on the other hand, despite Marianne’s silence, had reactions of excitement, anticipation, terror, and fear at different moments, which gave an honest reflection of how easily a situation can be changed by a different tone of voice, a breathe in a different place, a reach of a hand, or any number of small moments that seem to be minor but happen to be absolutely consequential.

As Constellations progresses, the challenges and insights of the play become more profound, complex, and beautiful. A moment in the show places the characters into a scene of communication through sign language, and the symbolic beauty of of showing the concept of this play through a language that heavily relies on movement, facial expressions, and visual connection was breathtaking. The American Sign Language consultation provided by Anthony Fellows was enhanced the effectiveness of this scene, and Fellows’s contribution cannot be understated.

While the show left me deep in thought and emotionally moved, there was also a strong element of humor within the show. This was a nice choice in both writing and directing, as humor is also a reflection of emotion and communication.  In fact, there were many times within the show where a slight change of humor could make the same sentence mean very different things within the context of the story.

Constellations represents a perfect vehicle to showcase two talented actors. Seeing McCormick have visible tears of agonizing pain in one moment while accurately and believably change to joy in another was intensely moving. It was also quite a healing experience to see a show that runs 75 minutes with no intermission explore any number of “what-if” scenarios that most people have played out in their heads. Additionally, a lesson was clear that awareness, honesty, and understanding is a progressive effort that can take on many forms. I was altered in my own perceptions by the end of this production, which is a significant mark of a valuable piece of art. While the show may not be suitable for younger audience, it is well worth the time to see this masterpiece. 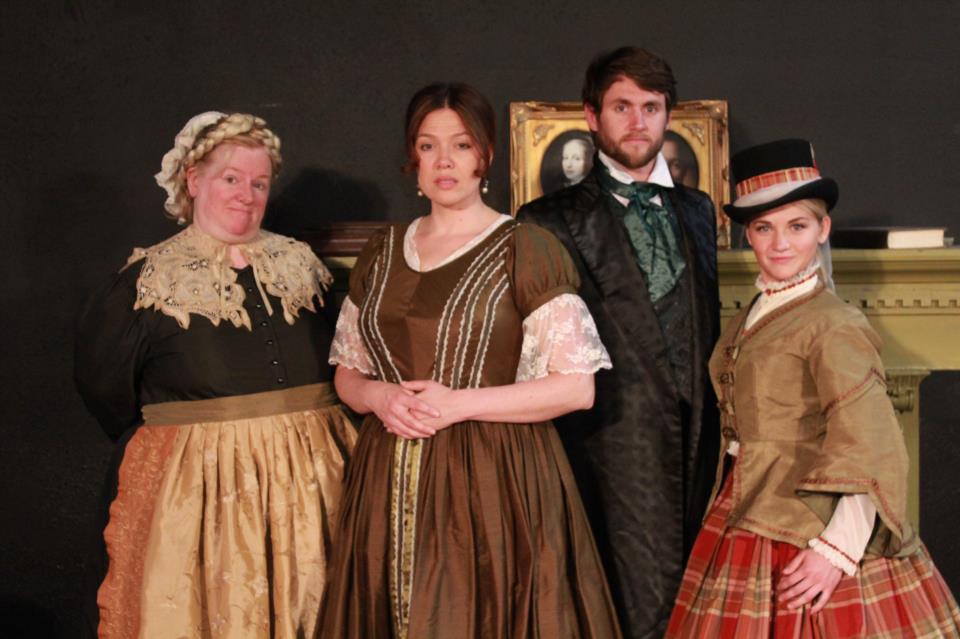 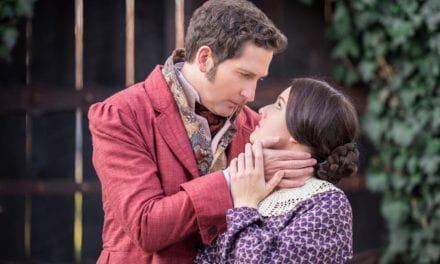