SALT LAKE CITY — Great Salt Lake Fringe describes Shooter as a play about “He, a man who has recently committed a mass shooting. Tracing his history and his motivations, He lets the audience hear and experience his history and motivations. A Greek Chorus accompanies He on this emotional journey, at some points offering commentary and at other points assuming the important players in He’s life.”

As I entered in the dark space the five “Greek style” chorus members (played by Cheryl Holdaway, Katelyn Limber, Mina Sadoon, Kali Scott, and Robin Young) were wearing dark hoodies which covered their faces.  On the floor were a pair of jeans, gray brief underwear, white tee shirt and a plaid shirt laying on the black boxes on the stage. Like other Fringe shows, Wasath Theatre Company performed this show in this temporary space, so the set, costumes and space were very simple. As the actors entered the space, Metallica’s “Enter Sandman” was playing. He, the lead character, entered nude as the five chorus actresses dressed He to represent an AR-15. Each piece of clothing represented a piece of the AR-15. For example, the underwear represented the safety, which could be set on or off. Each of the chorus members vocalized their lines as texts from victims of shooters. Then He tells the audience stories from his his childhood, adolescence, and adulthood, each of which makes a contribution to how He became a mass shooter at a mall.

The actor who played He was Conor Thompson. Conor played this character in a very believable way as he narrated our story of a man and his gun. The playwright, Mark Macey, writes this piece as a similarity of men and perpetrators of mass shooters in the United States. Conor shows us He and his history and motivations and his emotional journey and people in his life which have affected the outcome of his decisions. He then asks the audience “What’s a man?” and answering, a man has money or might.

For one moment, director Amanda Carraway then used a clip from a spaghetti western called Death Rides a Horse which is a story of a young boy who witnessed the brutal murder of his entire family by bandits at the age of 5. This clip was shown on a computer; it would have been better shown on large screen in the background. It seemed like perhaps maybe everyone in the 50-seat space couldn’t see the clip from the small screen of a laptop.

Many of the stories from He’s life were emotionally intense and graphic, such as when He resisted the attempt of his wife, Sharon, to obtain a job to help pay for family expenses. Then he pulled her hair and head over the sink and attempted to drown her with soap and hot water.  There was also a graphic and adult-themed scene earlier about when He was a junior high student that a bully sexually harasses him and physically abused him in the school’s bathroom.

Director Amanda Carraway wants to change the conversation about mass shootings in attempting to understand the history and experiences of a regular guy who experiences of life shows the audience almost pity for the Shooter. Likewise, playwright Mark Macey has attempted to introduce a human component to the gun control debate that transcends simplistic viewpoints of a complex issue.

Audiences should be aware that Shooter has nudity, violence, adult themes, language, and the use of a strobe light. Parental discretion is strongly advised.

The Wasatch Theatre Company production of Shooter is part of the Great Salt Lake Fringe Festival. For more details about scheduling and ticket prices, visit www.greatsaltlakefringe.org. 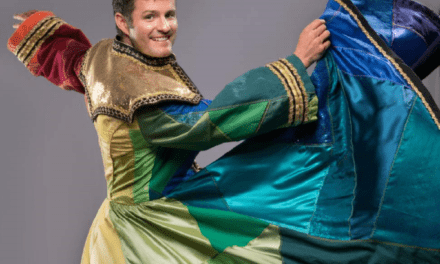 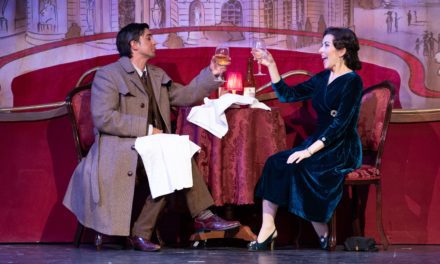 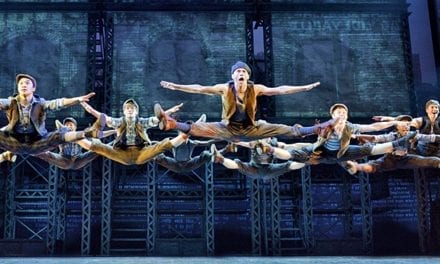