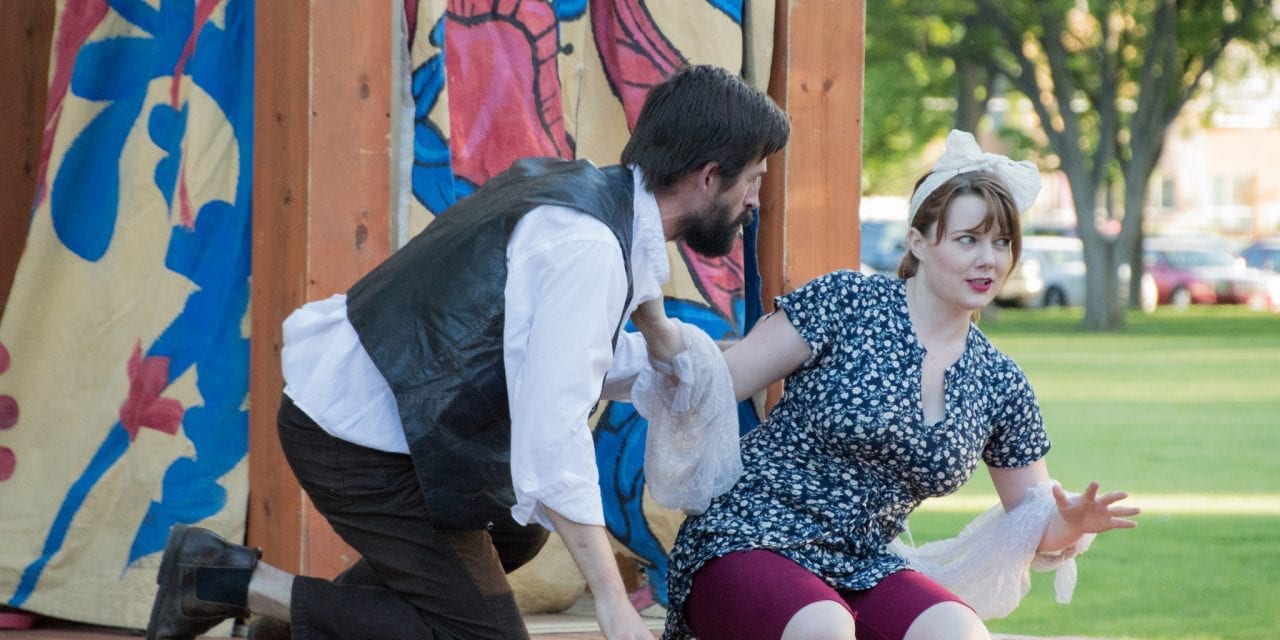 OREM — Shakespeare‘s script for A Midsummer Night’s Dream is so brilliant that—over 400 years later—any marginally competent cast can still get laughs from the audience. Luckily, the cast for Grassroots Shakespeare Company’s current production of Midsummer surpasses this minimum standard and is amply capable of creating a genuinely enjoyable and funny evening of outdoor theatre.

Among the lean cast of 10 actors, Daniel Fenton Anderson was my favorite. Doubling in the roles of Theseus and Oberon, Anderson spoke the cadence of the script’s poetry in a pleasing and enjoyable way. Moreover, his Oberon was a jovial and boisterous fairy king—almost like a Ghost of Christmas Present. Despite seeing Midsummer so many times that I have lost count, I had never seen this perspective on Oberon, and I found it refreshing. Madison Ford created another strong performance as Helena, especially as she pined for Demetrius (played by Jarrith Parker McCoy) in the early scenes of the play. Her face-off with Hermia (played by Paris Abigail Moore) was especially enjoyable, and it showcased the special kind of rage that a woman is capable of unleashing on another woman.

I also appreciated Sharah Meservy’s Puck, who seemed gleeful as she unleashed mischief onto the mortals in the forest. In every moment she seemed to revel in the chaos that she unleashed upon the fairy kingdom, and it seemed like Meservy was having the most fun on stage. Tyler Harris made Bottom a bumbling but loveable simpleton, which helped Harris mine the script for laughs in every scene. 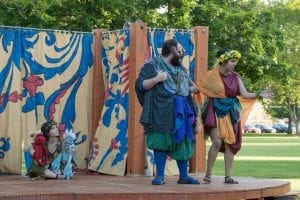 Though other cast members were not as strong, they all produced enjoyable performances. Though they started as wooden, I eventually warmed up to Moore’s Hermia and Ashley Havili Thomas’s performance as Hippolyta and Titania.

Because the company usually foregoes having a director for its productions, Grassroots shows can struggle with having a unified artistic vision. Midsummer fared better than most in this regard, though the actors’ costumes were more Bohemian and mismatched than usual. The hive mind of the cast created a few innovative treats in the production, such as the use of puppets to play the minor fairies. I also enjoyed how the cast placed no limits on the stupidity of the mechanicals who were rehearsing the play within the play, a choice that made the rehearsal and performance scenes funnier than usual. 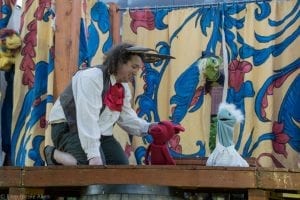 On the other hand, I believe that a director would have encouraged Harris to have Bottom meditate more on his dream; a rushed recitation of this soliloquy robs the play of its most sublime moment. The “sleepwalking” as Puck administered his spell the final time was also awkward and distracting. Finally, having Bottom’s donkey head consist of a simple headband with ears was disappointing because Bottom’s friends terror was not in proportion to the extent of the character’s physical transformation. As a practical matter, the headband also had trouble staying on Harris’s head in one scene.

Despite all I have written, the simple words of Bottom describe this production of A Midsummer Night’s Dream best: “It is a good comedy.” The cool Utah summer evenings were made for live theatre, and seeing A Midsummer Night’s Dream after sundown under the waxing moon was special. I recommend that audiences kick off the outdoor theatre season with this Shakespeare favorite.

The Grassroots Shakespeare Company production of A Midsummer Night’s Dream plays various dates and times in Salt Lake, Utah, and Grand Counties through July 7. Admission is free, but a donation is encouraged. For more information, visit grassrootsshakespeare.com. 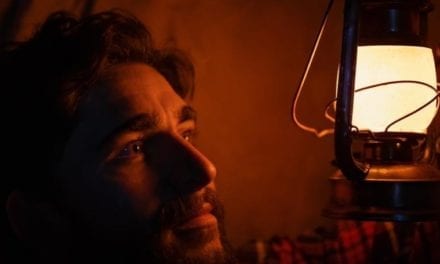