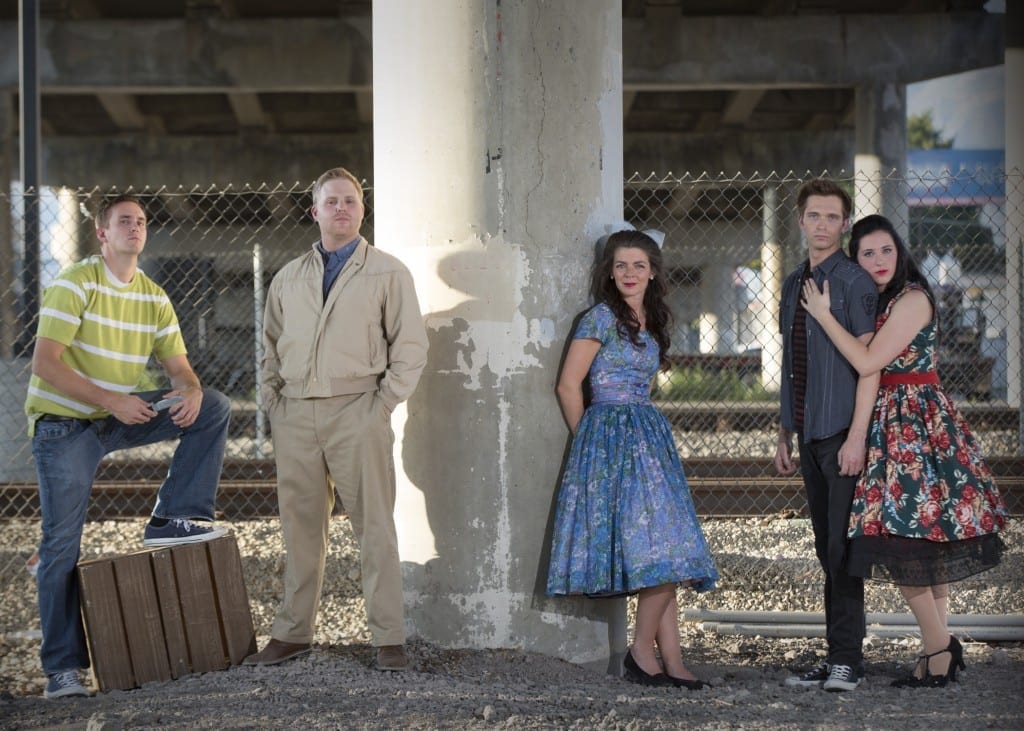 OREM — West Side Story is based on the familiar tale of Romeo and Juliet and set in blue-collar Manhattan in the mid 1950’s. It a story of forbidden love between Tony, a white boy, and Maria, a Puerto Rican immigrant. Around the young couple swirls a teen gang rivalry between the Jets and the Sharks. It is a show that on Broadway and in film has been nominated for and received multiple awards. Tragedy, songs by Sondheim, and demanding expectations for dancing, have set a high bar for any production of West Side Story. Scera’s production of West Side Story, directed by Delayne Dayton and choreographed by Josie Nilson, definitely rises to the occasion. West Side Story plays at the Scera Theatre through October 10th

I’ll admit that when I attended this production I was not really in the mood for a tragedy or a love story, but this production wasn’t just a tragic love story. It was filled with humorous and light-hearted moments, and regardless of my mood I always love to watch good dancing. The choreography for this production was excellent and well executed by the performers. I did feel in the opening number that the actors were just dancing, especially in the fight portions. The dancing was good, but I wanted to see the characters be more firmly developed in that opening number. I wanted to see the story in their faces and not just in the dance moves.

Riff (played by Brigham Blackham) was a standout because he wasn’t just dancing, but also acting. His punches were strong and controlled. His face told of the rivalry that I knew existed between the Jets and the Sharks, but that I wasn’t yet seeing from the other characters.

As the show progressed the performers began to meld their dancing with their acting. I loved the choreography during the dance at the gym. It had all the fun and show of the 1950’s dancing mixed with the rivalry between the Jets and the Sharks. Another stand out dancer was Morgan Flandro, who played Shark girl Rosalia. Every time she was on stage my eyes would keep coming back to her for her energy and facial expressions. This production had so many wonderful dancers. Dancing is what makes West Side Story such an outstanding production and it was well done here. Bravo, Nilson, for fantastic choreography. I cannot write about this production without discussing the performance of Rachel Ryan Nicholes as Maria. Wow, does she have an impressive voice. I got chills during her first duet with Tony (played by Chase Ramsey). Nicholes was completely lovable and adorable as Maria. She brought a wonderful innocence and sweetness to Maria, along with a fun teasing side. I don’t blame Tony for falling in love with her. Of course I loved the classic “I Feel Pretty,” but I also loved the power in the “A Boy Like That”/ “I Have A Love” duet between Anita (played by Kelsey Mariner Thacker) and Maria. Sondheim has written some powerful duets in his time, and I had overlooked this particular duet until this production. It was incredibly strong. Nicholes performance in the closing scene was heart wrenching.

Tony, played by Chase Ramsey, was also well done. His vibrato in his first number, “Something’s Coming” was a bit larger than I like, which made me nervous for the rest of the show. However, his upper tones in “Maria” were quite lovely and pure. I loved the individual characters of Tony and Maria, but I felt like something very small was missing. I’d have loved to see just a tiny bit more chemistry between the two characters, especially on Tony’s end.

The supporting characters of this production really made the show. Strong leads are important, but they can’t make a show great on their own. Supporting roles like Anita (Thacker), Riff (Blackham) , Baby John (played by Tyler Grosebeck), and Rosalia (Flandro) really helped this show rise to its grand height. The numbers “America” and “Gee, Officer Kurpke” were my favorite moments. I’d go see this show again just for the “Gee, Officer Kurpke” number. Baby John’s  imitation of the social worker during the number was side splitting.

Another must talk about was the set for this production, designed by Shawn M. Mortensen. The main set was a street scene with telephone poles, apartment buildings, and street lights.  Platforms, stair cases, and tunnels added multiple levels and areas for performers. I was a little nervous as the street light on stage was wobbly when an actor leaned against it, but everything else appeared well built. Set pieces rolled in and out to and created new locales in the production. This was not a simple set, but complex, intricate, and well thought out. For all of it’s delightful complexity it also had simple and effective elements as well. My favorite of these elements was used for the gym dance. I was curious to see how this street set would become a dance in a gym. As the dance began ribbons flew down from the fly system above, adding color and glitter. When Maria and Tony meet and dance for the first time they feel as if the world is far away from them. This was illustrated by the ribbons lowering clear to the ground and separating Tony and Maria from the other dancers.

Lighting (design by Elizabeth Griffiths) also contributed to this moment by drawing a greater focus to the two love birds, while still dimly lighting the dancers in the background. Lighting also made a delightful contribution to the set by creating beautiful sunsets and skies behind the city buildings. The details were not missed as moonlight peeked in through Maria’s bedroom window. Lighting was also used to convey the general mood of a scene. Again, this was an element of this production that was well thought out.

No production is without its flaws or glitches, but Scera’s production of West Side Story was pretty close. I’d love to see it again, and if you haven’t seen it yet GO! It is a roller coaster ride of emotions, full of great dancing, and amazing vocal talent. So jet over to the Scera and enjoy the West Side Story.

West Side Story plays every Monday, Thursday, Friday, and Saturday through October 10, at 7:30 PM, at the SCERA Center for the Arts, 745 South State Street, Orem. Adult tickets are $12, and child, senior, and student (w/ID) tickets are $10.  More information can be found at www.scera.org 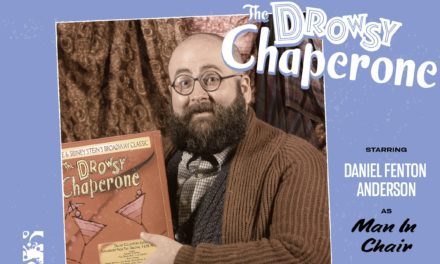 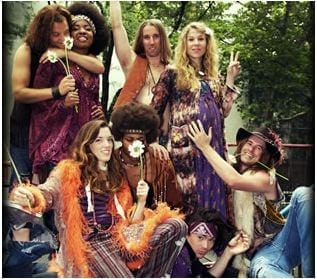