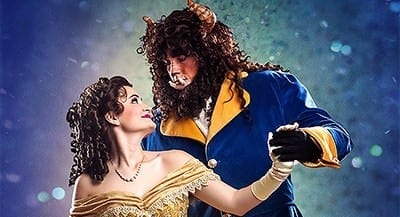 GARDEN CITY — I love the classic film Disney’s Beauty and the Beast. It’s funny, touching, magical and puts a couple of twists on normal princess stories with the Gaston-Belle-Beast love triangle. I also have great reason to love the stage musical version of this show. It is one of the few movie-to-Broadway adaptations that actually keeps the charm of the original and provided some new truly memorable songs, instead of weak fillers. However, I usually have had some major disappointment in the three previous times I’ve seen Beauty and the Beast produced. The one high school and two community productions I saw had some memorable moments, but usually had some standout weaknesses that reduced the magic of the show to a considerable degree. This last weekend, I attended Pickleville Theatre’s production, which did a fantastic job and I would say is one of the best productions a theatre of this size can produce.

Pickleville Playhouse in Garden City has been a summer staple for years in the Bear Lake Valley. It typically runs a summer rep of two shows a year. Lately this has been their perennial original production of Juanito Bandito, and then another family friendly stage show. The theatre is not large, and therefore has its limitations in regards to the theatre’s size, lighting, sound, ability for special effects, and even how many actors can be on the stage or used effectively. Pickleville has done a good job of attracting some excellent talent over the years, though, and they work hard to overcome their limitations. Director TJ Davis said in an interview “We’ve been attending as many quality, smaller-scale productions as we can find in order to get ideas about how to produce such a large show in smaller spaces.” Because of his hard work and careful preparations, TJ Davis created a show that worked perfectly within Pickleville’s space.

The evidence was in their clear choices for some big moments. In “Be Our Guest,” there was no parade of silverware, napkins, and the like. The six ensemble members entered dressed as French maids and bow-tie waiters. At most, they all had a half life-sized utensil to dance with. But the those six combined with the leads, especially Lumiere’s unquenchable energy made that song’s finale explode off the stage just as powerfully as larger productions.

On the other hand, Dacis also knew when to keep the action small, in keeping with Linda Woolverton‘s script. “Human Again” usually allows for the same parade of enchanted cast members to fill the stage for five minutes. But rather than force the issue, and clean up a castle that consisted of one sliding wall, the song was shortened by a couple of choruses and no one was left worse for wear. TJ Davis also recognized the power of good acting and theater. One moment that has always failed for me in other community productions is the reveal of the library, in which some measly technical showing was attempted with turning walls or sliders to suddenly bring on bookcases in about 2 seconds. It was always a disappointment. Pickleville wisely left out all technical attempts and left the reveal to shine in Belle’s eyes and joy in her voice as the library was revealed in the direction of the fourth wall. Imagination can have a powerful effect.

In general, Pickleville knew where to put the right emphasis. The costumes were fantastic. Given the smaller space, details were important, yet designer Kody Rash helped the whole costuming team to create elaborate beautiful costumes. From Lumiere’s swirling hand flames to Belle and Beast’s ball attire, no detail neglected as Rash recreated that magical experience on the stage. The set (designed by Tyler Stull and Ralph Cannon) was also exceptional, as simple but extremely well executed pieces moved us effortlessly from town to Belle’s home to the exterior and interior of Beast’s castle. No piece filled the stage, but gave just enough façade to create the atmosphere. The wall of the castle was wisely repositioned at different angles to create new rooms as needed.

The choreography (by Sharli Davis King) was limited in some regards. This was most noticeable in scenes like the wolf chase. However, it was important again to recognize the limitations of the space. It is hard to have dancers leaping and twirling across the small stage when it is filled with six or more actors on stage. In this regard they made up for the limitations in movement with sheer energy, execution, and confidence. The finale of “Be Our Guest” popped like a cork of champagne with as much power as a show capable of more spectacle in numbers, special effects, and choreography because the actors brought so much to the space and event.

These artists were well guided by directors TJ Davis and Andrea Davis, who took great in plotting out the action on the stage. The most important consideration for watching this production is not to expect it to feel exactly like the movie. As such, it took me the whole first act to get used to the constant slapstick antics of Gaston and Lefou or get used to the quirky character traits of Lumiere, Cogsworth and company. However, the action is so well executed and so consistently fun that it soon became an expectation that was gladly fulfilled. Lumiere (played by Tony Carter) and Cogsworth (Ray Seams) had great comedic chemistry and were delightful individually as the overconfident and haughty head servants. Lumiere’s swanky leg movements and ever-smoldering face make him a delight to watch as he seduces Babette, Belle, and audience through an energetic “Be Our Guest.”

Other standouts included Gaston (Michael Francis) and Lefou (Jordan Todd Brown), who clearly had a strong man/fall man routine, and made it delightful to see how Lefou would get punched and snicker in each scene. Finally, I loved the addition of Monsieur D’Arque (Josh Winkler) at the end. He was exceptionally creepy and maniacal with his hardened sneer that reeked of thinking unpleasant thoughts all day.

But the show, of course, hinges on the performances from Beast and Belle. The Beast (Derek Davis) is the hardest character to manage because he must be simultaneously large powerful beast and also a socially awkward human. The beast-like attributes worked well as he frequently climbed on furniture and used a powerful gait with broad sweeping movements. Derek Davis did well with the comedic moments between him, Belle and the servants, but there needed to be more of a connection between the beast and the human parts of the character. I also noticed that for the first act there was a frequent hard “s” sound that I believe was caused by the prosthetic teeth. This diminished later in the show allowing me to enjoy the deepened tone the actor used.

Whitley O. Davis as Belle shines like her gold ball gown. She has a strong and clear voice that could have been more varied to help develop her character arc in Alan Menken, Howard Ashman, and Tim Rice‘s moving songs “Home” or “A Change in Me.” Yet, She was heartwarming as she shared her daydreams in “Belle” and fell in love with the Beast through “Human Again” and “Beauty and the Beast.” Whitley O. Davis does an excellent job of carrying the show as her affability displayed Belle’s good nature and generosity.

Probably the only significant downside of the evening was sound. This was mainly a volume and mixing issue. It may be a problem being close to the stage on row F, but a couple of times it was hard to hear the actors over the musical recording being used. Now the actors generally were singing strong enough, so this was a little bit too much of letting the beast roar unchecked.

Anyone in the Bear Lake vicinity should go and see Beauty and the Beast. It leaves behind problematic issues in other productions and outshines in its crispness and vitality. Pickleville feels like family from the moment you hand your ticket to an usher and you’ll be a welcome guest time and time again.

Pickleville Playhouse’s production of Disney’s Beauty and the Beast plays on various days at 1 PM , 5PM, or 8 PM  through August 30. Tickets are $14.50-$19.50. For more information, visit www.picklevilleplayhouse.com. 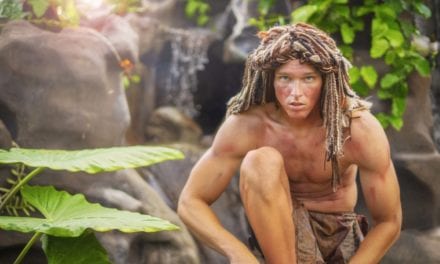 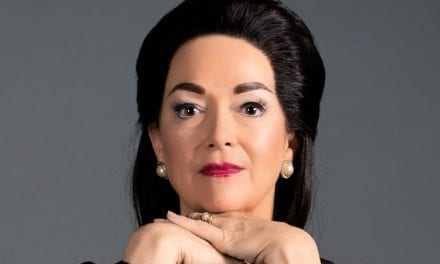 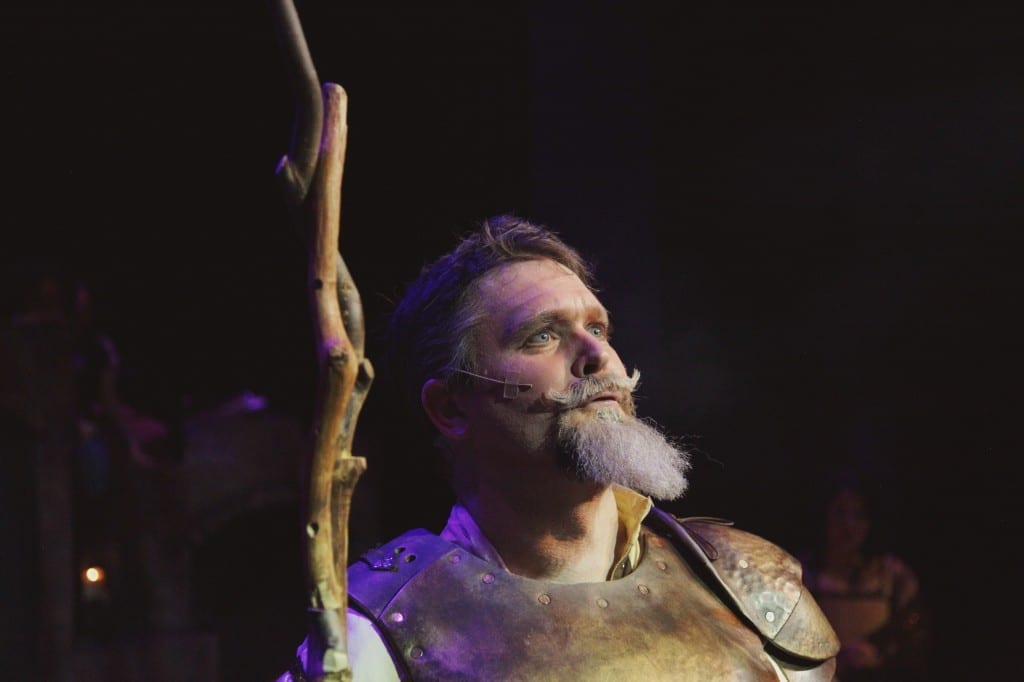