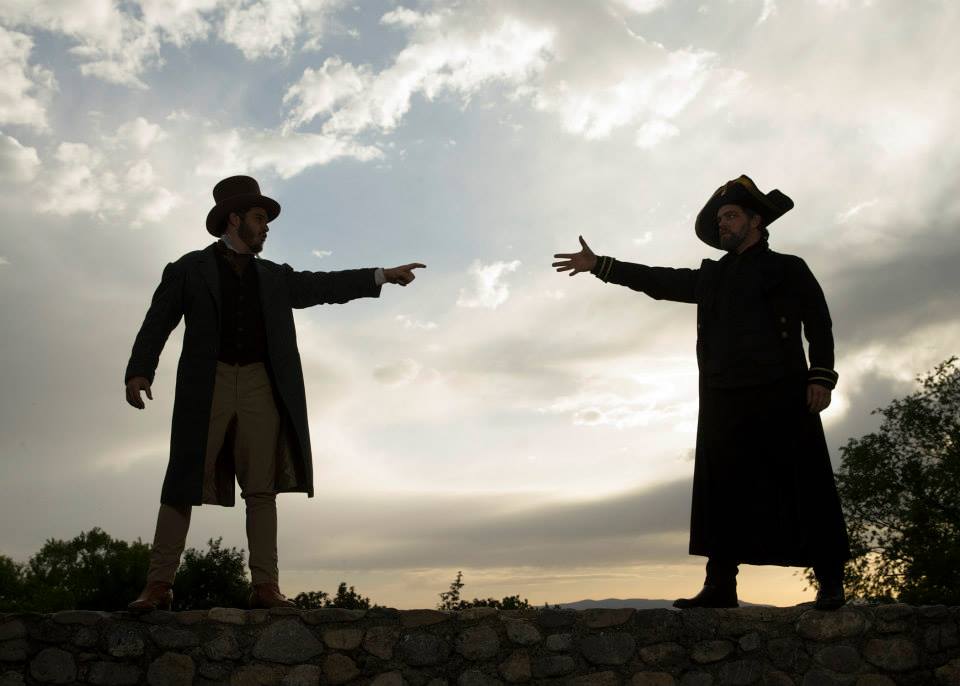 OREM — “To love another person is to see the face of God.” As Jean Valjean passes away after a long and eventful life, this line—one of the last lyrics of the musical Les Misérables—sums up the moral message of the play: that God works to improve the lives of mankind through the love and charity that people have towards one another. This uplifting message is one that resonates with Utahns and makes SCERA’s production of Les Misérables an excellent choice for audiences this summer. Les Misérables is, of course, the smash hit musical adaptation of Victor Hugo‘s novel of the same name. With music by Claude-Michel Schönberg and lyrics by Alain Boublil and Herbert Kretzmer, the play tells the story of Jean Valjean, who is relentlessly pursued by Inspector Javert for breaking parole after spending nineteen years in prison. As Valjean avoids Javert he tries to live a new life devoted to helping others.

One of the reasons I attend live theatre is to see new interpretations of old characters or stories. Because of its setting and the sung-through nature of the show, Les Misérables is simply less flexible than many other stage plays. Nevertheless, director Jeremy Showgren found little ways to make this production of Les Misérables unique. For example, at the very end of the barricade scene one of the French soldiers shot a fallen revolutionary to ensure the latter was dead. I also enjoyed having Madame Thénardier yell for Cosette during “Castle on a Cloud” and Showgren’s decision to have his cast sing their songs in unique ways instead of mechanically copying audio recordings of the show. So, even though Les Misérables doesn’t permit any large-scale changes to the show, the dozens of little idiosyncrasies in the show add up to make this production a wholly unique piece of theatre. Matthew Krantz as Jean Valjean and Jeffrey Smith as Javert.

Matthew Krantz’s portrayal of Jean Valjean was another aspect that contributed to the singular nature of this production. His Valjean was more tender in the opening scenes, which made his transformation into a kindhearted philanthropist more believable. As the play progressed and the years passed Krantz had Valjean age well, and the character adopted mannerisms associated with old age. But Krantz’s best acting performance came in Fantine’s scene in the hospital where he seemed to make a genuine emotional connection with the dying woman. Valjean’s adversary, Inspector Javert, was played adeptly by Jeffrey Smith, who avoided a one-dimensional Javert through his clear, honest performance of “Stars” and his hesitant discussion with Valjean after the runaway cart scene. Both of these scenes avoided making Javert the cartoony villain often seen in other productions of Les Misérables. A noteworthy aspect of this production was the way that the soloists acted as they sung their character’s signature song. This may not seem remarkable to some readers, but too often in productions of Les Misérables songs like “On My Own,” “Valjean’s Soliloquy,” and “Stars” are performed as if the show were a concert. However, under Showgren’s direction almost every solo number successfully conveyed the appropriate emotions. Kelsey Mariner Thacker‘s rendition of “I Dreamed a Dream” was dripping with the disappointment of reality compared to the plans that Fantine had made for her life. Christian Jones‘s “Empty Chairs at Empty Tables” effectively conveyed Marius’s survivor’s guilt after the failed uprising. And Bryan Thacker‘s “Do You Hear the People Sing?” was so charismatic that it was obvious why the other students were following Enjolras in the uprising. Christian Jones as Marius and Kira Knorr as Eponine.

Although I could give a laundry list of other actors whose performance was pleasing, the ensemble deserves commendation more than any individual. The SCERA Les Misérables ensemble contributed positively to every scene that they appeared in, making the Montreuil scenes gritty, or the wedding scene completely festive and jubilant. But my favorite ensemble scene was “Master of the House” because the rowdy group made Thénardier’s petty crime and dishonest business practices plausible. This ensemble clearly understood that they were an integral part of the story and not mere window dressing for their scenes.

The lavish costumes (designed by Deborah Bowman, Kelsey Seaver, and Danielle Berry) were the best I have ever seen at the SCERA, and all contributed to the historical time period and characters in the show. I especially appreciated the unity of the students’ costumes and the impressively detailed uniforms for Javert and the soldiers in the show. And the Thénardiers’ costumes in the wedding scene were hilarious in the way that they were garishly mismatched. The set (designed by Nat Reed and Jeremy Showgren) was so versatile that almost every scene change took just a few seconds. Consequently, this Les Misérables production clipped along quickly and finished in just 2 hours and 40 minutes, including a 15-minute intermission (making it about 10 to 15 minutes shorter than most non-youth productions of the show). Despite the many aspects of the production I liked, there are a few things that bothered me. The direction in the barricade scene seemed unfocused, and I was annoyed that so many people were coming and going from the barricade (which is supposed to, by definition, be difficult to access—otherwise it would be a terrible defensive position). I also was bothered by how many of the barricade’s defenders stood up so that their upper bodies were above the top of the barricade, which would make them an easy target to the soldiers on the other side. Finally, the death of Gavroche (Sam Kelson) lost its emotional power because only his hand could be seen from behind the barricade. Had he made it to the top of the barricade and died in full view I could have made more of an emotional connection with the boy’s death.

Yet, the SCERA’s production of Les Misérables is the most enjoyable non-professional production that I have ever seen. My cynicism about the show quickly melted away in the face of the excellent music direction, the gorgeous costumes, and the pleasing performances. I recommend this production to Utah County families and fans of the show as a pleasant—and emotionally rewarding—way to spend a summer evening. 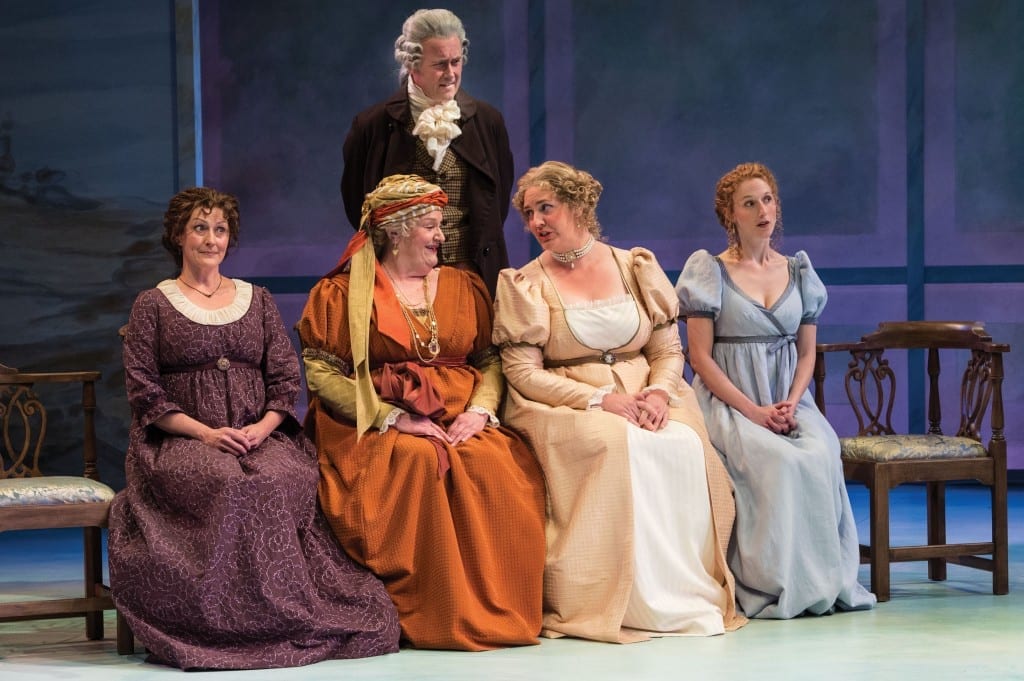 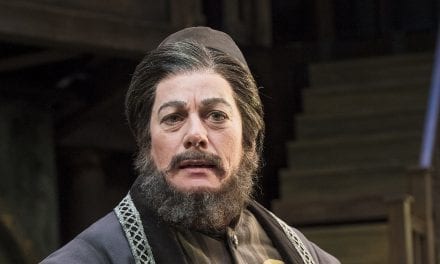 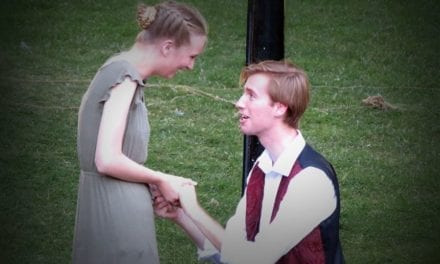