PARK CITY — On March 15, 1956, My Fair Lady premiered on Broadway.  Now exactly 58 years later, this classic musical opened at the Egyptian Theatre in Park City.  Based on George Bernard Shaw’s Pygmalion, the story of My Fair Lady has become one of the greatest classics in musical theater. Since its opening it has had a major film release, numerous tours and revivals, and is frequently produced in Utah.  The universal theme of love can be keenly related to by cultures throughout the world, and the exploration of status, class distinctions, and barriers is universal.

Ashley Gardner-Carlson as Eliza Doolittle is an actress of enormous range, and she was a beacon of elegance and grace each time she was on the stage. She created a depth to each of her scenes and a level of vulnerability that made me empathize with Eliza.  The scene when Eliza decides to leave Higgins and asks the question, “What is to become of me?” was especially well done. I could feel Eliza’s pain and the sincerity in that question.  I would have liked to see a bit more “rough and tumble” when Carlson portrayed Eliza “the cockney flower girl” earlier in the story, which would have made the transition into the proper English lady more extreme and clear. But Carlson had a gorgeous voice that really soared in such numbers as “I Could Have Danced All Night” and “Without You.”

Joseph Paur is a seasoned actor of immense talent and experience. However, he was not a good fit as Henry Higgins, especially when matched with Carlson as Eliza.  There was a significant age gap between Paur and Carlson that made the relationship not very believable. This was further enhanced by the lack of chemistry.  Paur seemed old enough to be her father (if not grandfather) and older than Jonathan Scott McBride, who played Col. Pickering. This age dynamic did not work well in the relationships, especially in the love triangle between Higgins, Freddy, and Eliza. That made this crucial subplot largely unclear. Craig Williams made a delightful Freddy and brought an appropriate awkwardness to the role (that is often missed in other productions I have seen) that contrasted nicely to the smooth Professor Higgins. Williams’s “On the Street Where You Live” was well performed.  Hailey Newton as Mrs. Higgins was much too young for the role, especially in comparison with Paur. She was not believable in her mannerisms and physicality and came across as a younger actress trying to play a mature role, as would be expected in a high school or college production.  This weakened the aesthetic of the ensemble, especially when she was playing other roles in various scenes.

Stephen McBride as Alfred P. Doolittle was great comedic relief in each of his scenes.  “A Little Bit of Luck” and “I’m Getting Married in the Morning” were well performed, as was the scene when he goes to fetch Eliza from Higgins.  McBride gave a highly entertaining performance with an excellent handling of the dialect (though not going overboard with the broad humor), making his character grounded and believable.  Rachel Lynne Shull as Mrs. Pearce was a standout of the evening.  She listened and responded to her fellow actors on the stage with expert technique, and her comedic talent with the excellent handling of the dialect is commendable.  Her interactions with Alfred Doolittle were especially entertaining. Finally, Jonathan Scott McBride made a delightful Col. Pickering, with a nice handling of the dry English humor. The chorus numbers blended well with a full sound, under the capable direction of music director Anne Puzey, and Marilyn Montgomery’s choreography energized many of the group numbers.  The small stage never felt crowded, and she made good use of the space with creative choices and clean execution of her choreography by the cast. However, the set (under the design of Isaac and Jenn Taylor) was underwhelming and did not capture the grandeur of upper class London.  Not only were the set changes awkward and slow, but also the video projections (designed by Jon Grippe and Jenn Silva) simply did not work, particularly in the cartoon/animated horse racing or the unintentional comedy of Eliza appearing as a hologram during “I’ve Grown Accustomed to Her Face.”

The sound (designed by Hyrum Summerhays) was not balanced effectively, and the tracks frequently overpowered the voices, causing many of the lines to be lost (and often made the diction muddled).  The tracks were not top quality, and the tempos felt rushed in many of the songs. Quite simply, the sound didn’t do justice to the beautiful orchestrations and lyrics of composing team Alan Jay Lerner and Frederick Loewe. The costuming (designed by Shauna Brand and Margot Singleton) was not as detailed or as crisp as it could have been.  The disappointing costuming was particularly noticeable in the ballroom scene at the end of Act I where royalty and the upper class men of England gather, dressed to the nines, to flaunt their wealth and beauty. But instead the scene looked like the characters had just raided a local costume shop.  The costumes felt pulled from a stock rather than customized for the actors or supporting a clear theme.  Moreover, many of the costumes were not flattering to the actors and didn’t fit well, giving the show an unpolished look.  Costuming is an intricate part to the storytelling of “My Fair Lady” that was lost in this production.

Director Amber Hansen, did a decent job of directing this classic. Her skilled shaping of the scenes balanced the comedy and the drama of the show. But some unusual casting choices and decisions made by her design and production team kept the show from really soaring. For the price of tickets, the quality of the production was not justified. Instead, it was on par with decent community theater productions that can be found throughout the state at a lower price.

My Fair Lady plays Wednesdays through Saturdays at 7:30 PM and Sundays at 6 PM at the Egyptian Theatre (328 Main Street, Park City) through March 30.  Tickets are $35-$49. For more information, visit www.egyptiantheatrecompany.org. 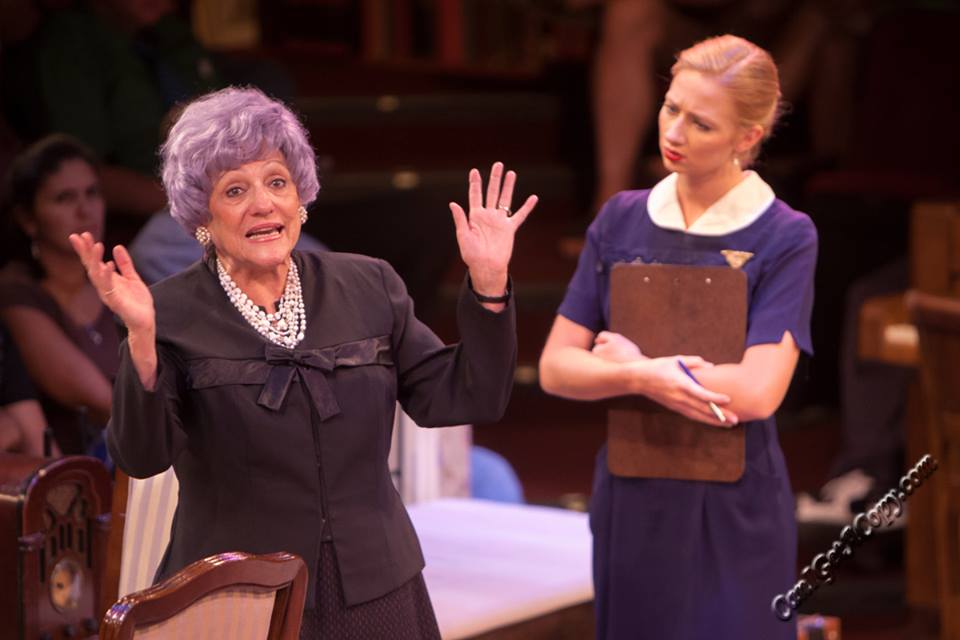 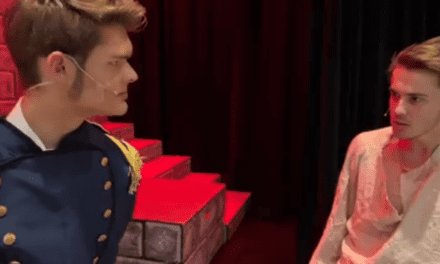 Bluffdale’s LES MIS: SCHOOL EDITION is a joy for cast and viewers