PRIDE AND PREJUDICE is perfectly poised to Premiere at HCTO 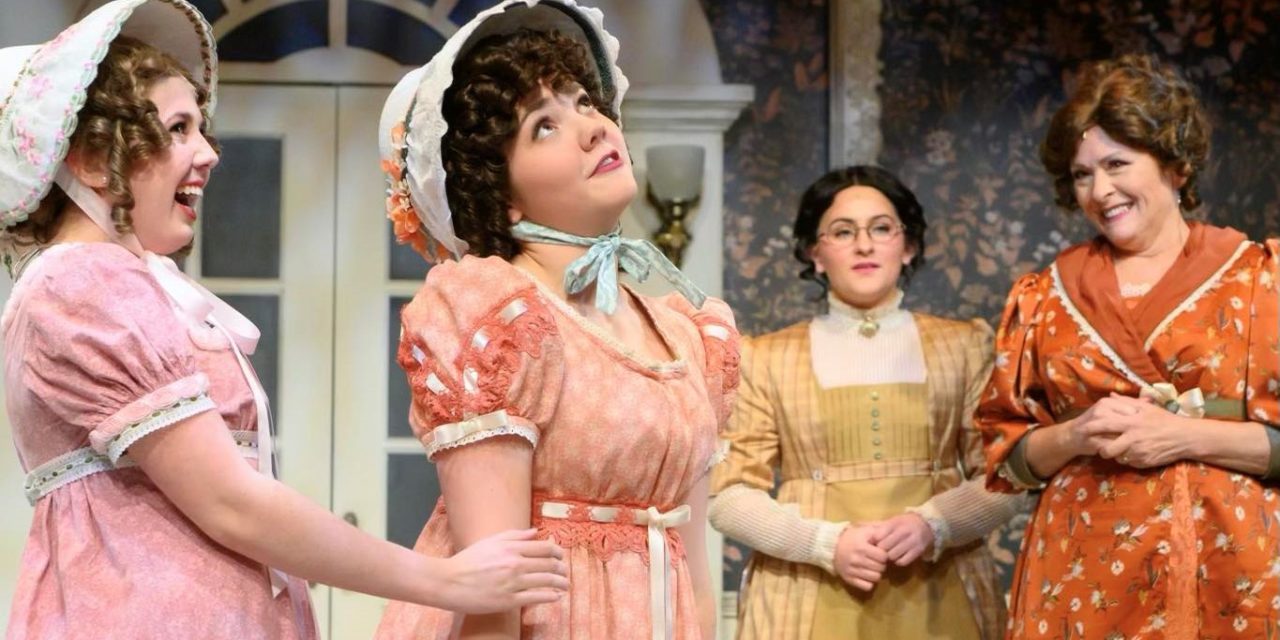 OREM — Unless you’ve been living under a rock for the past few years, you must have noticed the tremendous resurgence of Regency Era fandom. The recent Bridgerton television phenomenon may have shone a brighter light on the fashions and manners of the early 1800s, but die-hard fans of Jane Austen (Jane-ites, if you will) will argue that Austen’s novels, including Sense & Sensibility, Persuasion, and arguably her most beloved Pride and Prejudice, have never really waned in relevance. Jane Austen once described her writer’s canvas as a “small, square, two inches of ivory,” presumably to mean that her works were limited in scope and in some sense “miniatures” based on the society in which she lived. Yet here we are, over two hundred years later, still fascinated by her astute observations, quoting her brilliant turn-of-phrase, and sighing with satisfaction when the right people overcome their own frailties and finally end up together. Taking on the retelling of such well-known work and most beloved characters is no mean feat, but Hale Centre Orem’s season opener “Pride and Prejudice” hits all the right notes. 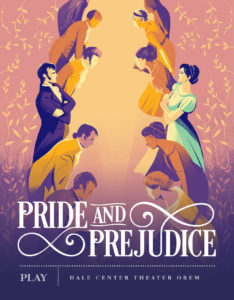 A large portion of the praise belongs to local playwright Melissa Leilani Larson, whose adaptation walks a fine line between adhering to our favorite quotes and relationship arcs, and fleshing out these characters’ ‘off-stage’ conversations, as it were, yet they never feel out of place or jarring. Larson stays true to the language, mannerisms, and voice of the Bennetts and Bingleys and Darcys, while keeping her modern audiences invested and interested. The digital program included a brief interview with Larson, who is a true Austen devotee, and revealed that she has written adaptations of most of Austen’s works. I would love to see more of Larson’s works in production, as I am becoming a fan of hers as well!

This production, the cast, the direction, the design elements all combined to create a beautiful tribute to Jane Austen, and specifically fan favorites Elizabeth Bennet and Mr. Darcy. Taking on these iconic roles would be a daunting task for any actor, and these performers rose to the challenge beautifully. Amy Ware as Elizabeth and Spencer Hohl as Darcy were perfection. Ware brought a liveliness that was not silly, and a familiarity that was not awkward, to our heroine. Ware carried the play with wit and good humor, communicating with facial expressions and body language all that Elizabeth could not vocalize. The other Bennetts were equally delightful, all so well-cast and instantly recognizable. Jane Bennet (Ryann Bailey Wawro) was a stunning beauty with just the right blend of sisterly affection for Lizzie and elegant reserve for Mr. Bingley. Kitty and Lydia (Sydney Swalberg and Laura Jacobs, respectively) were ridiculous and frivolous and wanted a good shaking most of the time but were also strangely endearing. Courtney Engle as Mary Bennett was funny and awkward and eager and pathetic all at the same time. Definitely one of my closet faves. And rounding out the Bennett Family are Mark Pullam and Melanie Muranaka as Mr. and Mrs. Bennett. These seven created a delightful family dynamic were everyone had a place and a role and brought their stories to life.

Representing the Bingley’s, Morgan Gunter (Charles Bingley) and Alice Johnson (Caroline Bingley) provided a nice foil to the Bennetts family relations. Caroline is snotty and arrogant in her attempts to attract Mr Darcy, yet all her efforts succeed only in pushing him away. Charles falls instantly, irrevocably in love with Jane upon first meeting, yet is so unsure of himself that he allows himself to be persuaded by his friends that his affection is one-sided, condemning both himself and Jane to many months of heartache and doubt. When they finally meet again, the moment was so sweet and honest and slightly cringey and entirely satisfying for my daughter and me, and more than one audience member brushed a tear and a sigh away. 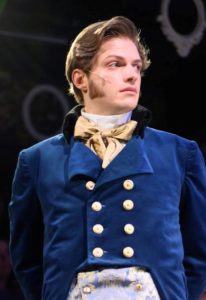 Spencer Hohl took on Fitzwilliam Darcy- stern, dour, arrogant, rich. I wanted to dislike him so much on our first glimpse of him, yet the more we saw of him, the more he became a real person with feelings and emotions. Hohl looks a perfect Darcy, handsome, tall, fashionable. It’s easy to see why Caroline Bingley would set her cap at him. Yet he maintains his severe expression, and we must take his supposed charm and good-nature and estimable friendship on hearsay. But the precise moment in Act Two, when he opens up enough to relax and allows himself to really smile with affection at Elizabeth, hearts stopped. Hohl manages to make at least half the room fall in love with him faster than you can say Colin Firth. And the first kiss between Elizabeth and Darcy, center stage, in a pool of light, was the perfect closing image to the story.

Honorable mention must be given to Josh Needles as Mr. Collins. What a delightful, ridiculous, groveling, unctuous person is Mr. Collins! Needles did not hold back in the slightest, finding so many humorous moments and ludicrous behaviors to mortify everyone all at once. My favorite Collins moment had to be the dance when he displayed his ‘lightness of foot’ and stomped Eliza’s feet repeatedly. What a triumph to be able to make such a character so memorable and even a favorite. I am a big fan!

Every other element of this production was equally fitting and flattering- the costume design by Dennis Wright was lovely, each character given a color and style to lend more insight into their natures. The gowns were beautiful, and the gentlemen’s coats were elegant. Jason Baldwin’s set design and Ryan Fallis’s lighting design worked together harmoniously to make the most of a very limited space. The eight chairs were versatile and communicated the different locations clearly as they were used differently, and the lighting aided in the storytelling with the passage of time and location. The wigs were a weak point in my opinion, but only slightly. All other design elements were so superior that the wigs stood out when they might otherwise have not.

Director Barta Heiner created a gorgeous production of a work that is so beloved to so many that it would be easy to misstep. Heiner wielded a deft hand with her actors, relying on their skill in storytelling and her guidance in character work to excel on every level. The performance flowed and shifted and eased through Austen’s world of manners and rules and class distinction flawlessly. If I could get a ticket, I would love to see the other cast perform as well. I’m sure they are just as adroit and clever. I would say this is a production not to be missed, but it’s almost sold out, so some of you are doomed to disappointment. 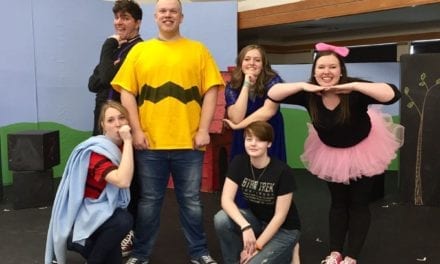 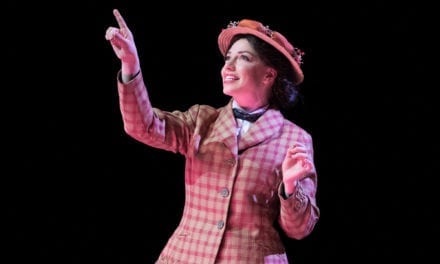