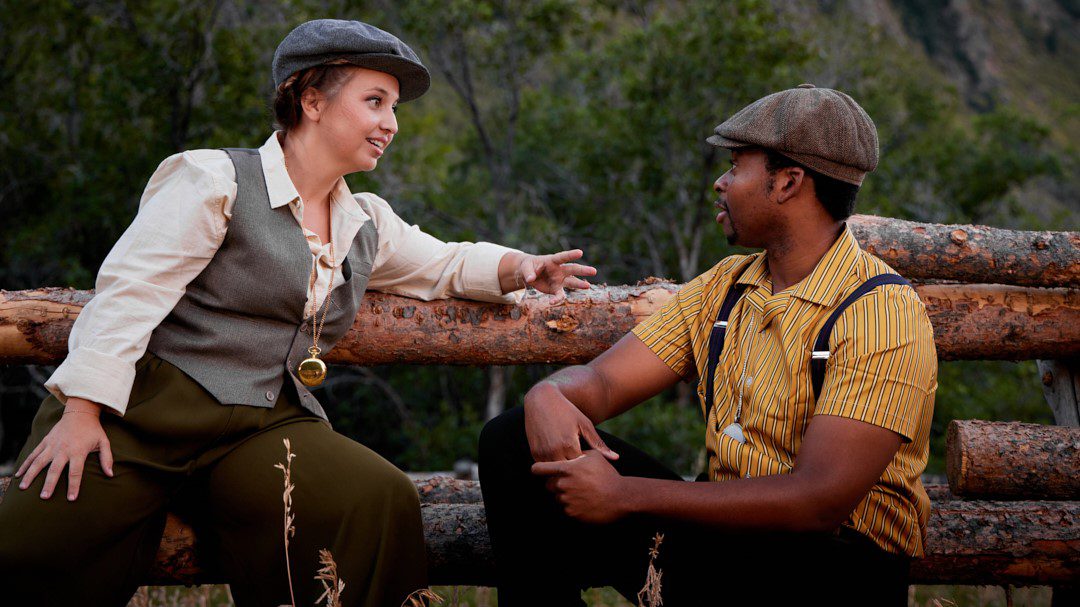 MIDVALE — Shakespeare‘s works are produced so frequently in Utah that the six most reviewed straight plays in UTBA’s archives were all written by the Bard. Therefore, it can be a challenge for a Utah theatre company to find a way to stage Shakespeare’s plays in new and innovative ways. I have seen Utah theatre companies solve this problem by staging a post-apocalyptic Midsummer Night’s Dream, a Richard III with a “splatter zone” where audience members could get splashed with stage blood, a two-man Macbeth, shortened versions of Shakespearean tragedies accompanied with a donut, and more. Mad King Productions had a strategy unique in the state: drunk Shakespeare. Even though I have seen As You Like It a lot lately, how could I resist? 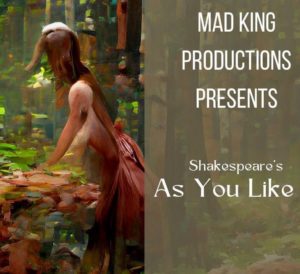 At curtain time, the cast of As You Like It trotted out on stage and took a shot of whisky, with two performers (Kallie Filanda and Liza Schoell) taking an extra drink. Normally, the audience can buy their own drinks to join the cast, but a ruling from the Utah Department of Alcoholic Beverage Services made that impossible. Still, it was rousing to be part of a toast “to Shakespeare, the audience, and a great show.” At intermission, audience members could donate to the company via Venmo and specify an actor they wanted to see inebriated. When I attended As You Like It, J. Attridge was the winner of the intermission drink.

Getting the actors drunk before a play is a great idea. It could be fun to watch performers stumble through a play. However, there was no discernible impact that the alcohol had on the production. This is not Comedy Central’s Drunk History, where the narrator is so drunk that he has bloodshot eyes and struggles to complete a thought. Instead, Mad King’s As You Like It looked much like a typical production of the play in Utah. And no wonder: one or two shots of whiskey is not enough for an adult to be too drunk to drive — even with Utah’s low .05 blood alcohol limit. By the intermission, most of the actors had likely metabolized the alcohol and were fully sober. For “drunk Shakespeare” to have an impact on the show, it needs more booze. 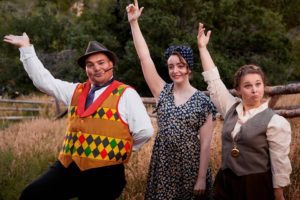 Still, it does say something about the actors’ training and capabilities to perform well while a little sloshed. Most of the cast is interesting to watch, and almost all of them have at least one scene where they excelled. Alex Smith plays Orlando with a little bit of naivety, which made his willingness to go along with the plan to practice wooing Rosalind with “Ganymede” (in reality, Rosalind in disguise) plausible. Smith throws himself into the role, and plays Orlando with passion — most notably when Orlando affirms his nobility and laments how unfair it is that his oldest brother receives the inheritance. Smith has a believable brotherly relationship with Logan Young, who plays eldest brother Oliver, and an early scene where Orlando puts Oliver into a headlock reminded me of years of wrestling with my own brothers.

The romantic relationship between Orlando and Rosalind (played by Lindsey Cling) was less authentic, though. To be fair, it is a hard relationship to portray well, as I have discussed before in reviews of As You Like It. Nonetheless, it is the central relationship in the play, and the lackluster emotion between the two leads detracted from the show. Cling has a feminine charm, though, and Rosalind’s giddiness at being in love, or excitement at cross-dressing as a male, made the character endearing. And the joy that Cling exudes when Rosalind is in the throes of love while Celia talks about Orlando was pure fun. However, when Cling plays “Ganymede,” she never sheds her femininity; she looks and acts completely female; the high girlish voice and wide leg vintage women’s pants Cling wore when masquerading as a man both hobbled her ability to make Rosalind convincingly disguised. 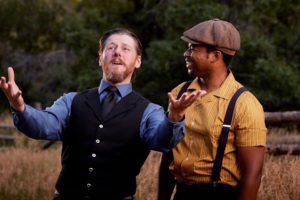 Stealing the show is Christopher “Madman” Madriaga as Touchstone. Madriaga is the most enjoyable Touchstone that I have seen in years, and his joke deliveries in the style of Groucho Marx were fitting for the 1940s setting of the play. As is appropriate for a Shakespearean clown, Madriaga got the most laughs, and he also commented well on the action through added asides, often spoken at the end of a scene. However, these modern additions to the script got out of hand as the show progressed. What started in Act I with brief comments, evolved into full-blown, self-indulgent jokes that were out of place in the other characters’ Shakespearean dialogue in Acts IV and V. (“You might as well change your name to Hoover and charge for your electric personality.”) Madiraga mostly gets away with these asides because of his charisma and smooth delivery, but the schtick wears thin. 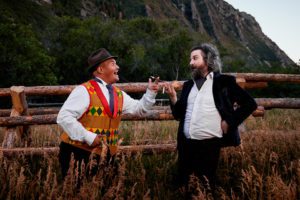 Left to right: Christopher “Madman” Madriaga as Touchstone and Jeffrey Black as Jaques.

Indeed, the production as a whole is stronger in its first half than the second. Director Eva Terranova‘s direction starts out strong, with an engaging wrestling match and dramatic court scenes that give a sense of urgency to Orlando’s decision to flee in exile. The stage business that Terranova adds to the play starts off as being highly engaging. Act I, scene 3 had a delightfully silly moment where the women pack a pie in a suitcase (trust me: it makes sense), and Celia (played by Schoell) eating a note in the forest was hilarious. But the stage business became tired as the play wore on. For example, in one scene Celia brings a jar of water on stage and drinks from it solely to do a spit take. Most grating were the three different scenes that featured a silent Attridge distracting from the main action. For most of Act V, Attridge is more brightly dressed and better lit than the main characters and gesticulating wildly, even when the other performers are conveying important information for the plot. It was a confusing directorial choice that lessened the play because it was so distracting.

However, I am impressed by Terranova’s commitment to the characters. Terranova is a director who has a genuine affection for the characters in this play, and I admire the care she gives to allowing each character to have as much attention as possible. Thanks to Terranova, this production of As You Like It is much more of an ensemble play than other productions I have seen.

I must recount the most memorable moment of As You Like It. In Act III, scene 5, a lighting instrument fell 15 to 18 feet from the ceiling and came crashing onto the stage. Luckily, no one was hurt. The show was stopped, and a stagehand removed the broken light so that the performance could resume a few minutes later. To the actors’ credit, they picked up where they had left off and continued the rest of the play as normal. However, the event left me worried for the actors’ safety for the rest of the evening, as I wondered if any other lights were improperly secured. I strongly recommend that a competent technician check every lighting instrument before the next performance of As You Like It. If nothing else, the incident was a good reminder that every theatre company and venue, no matter how small, needs liability insurance for every performance.

While the alcohol did not change the production into anything unique, there is an undeniable pleasantness in this As You Like It. The actors are clearly enjoying themselves, and the production is littered with moments that combine to form an enjoyable evening. No one is plastered in this “drunk Shakespeare” production of As You Like It, but maybe this production can wet your whistle for some more Shakespeare.

Mad King Productions production of As You Like It plays nightly at 7:30 PM through August 13 and at 3 PM on August 14 at Midvale Main Street Theatre (7711 South Main Street, Midvale). Tickets are $15. For more information, visit madkingproductionslc.com. 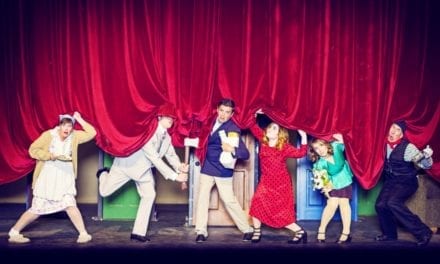 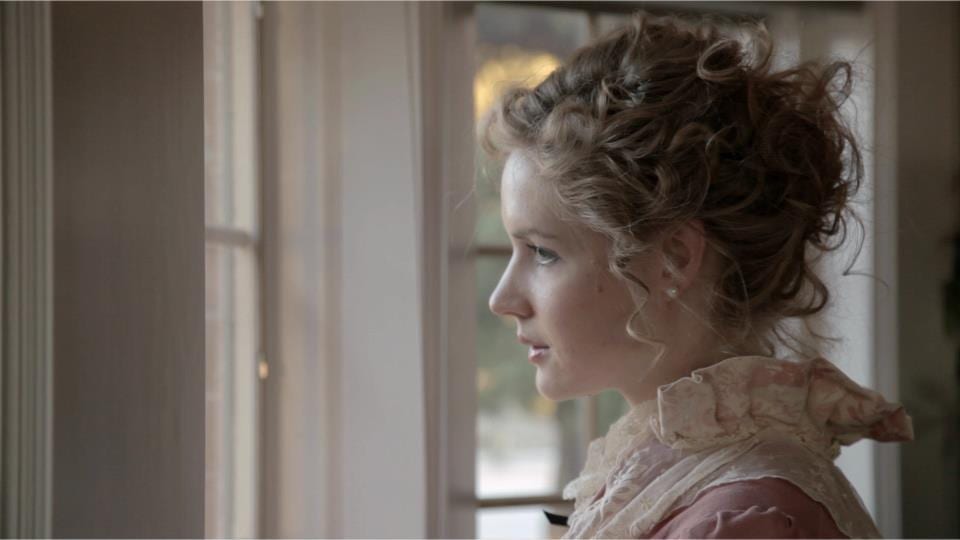