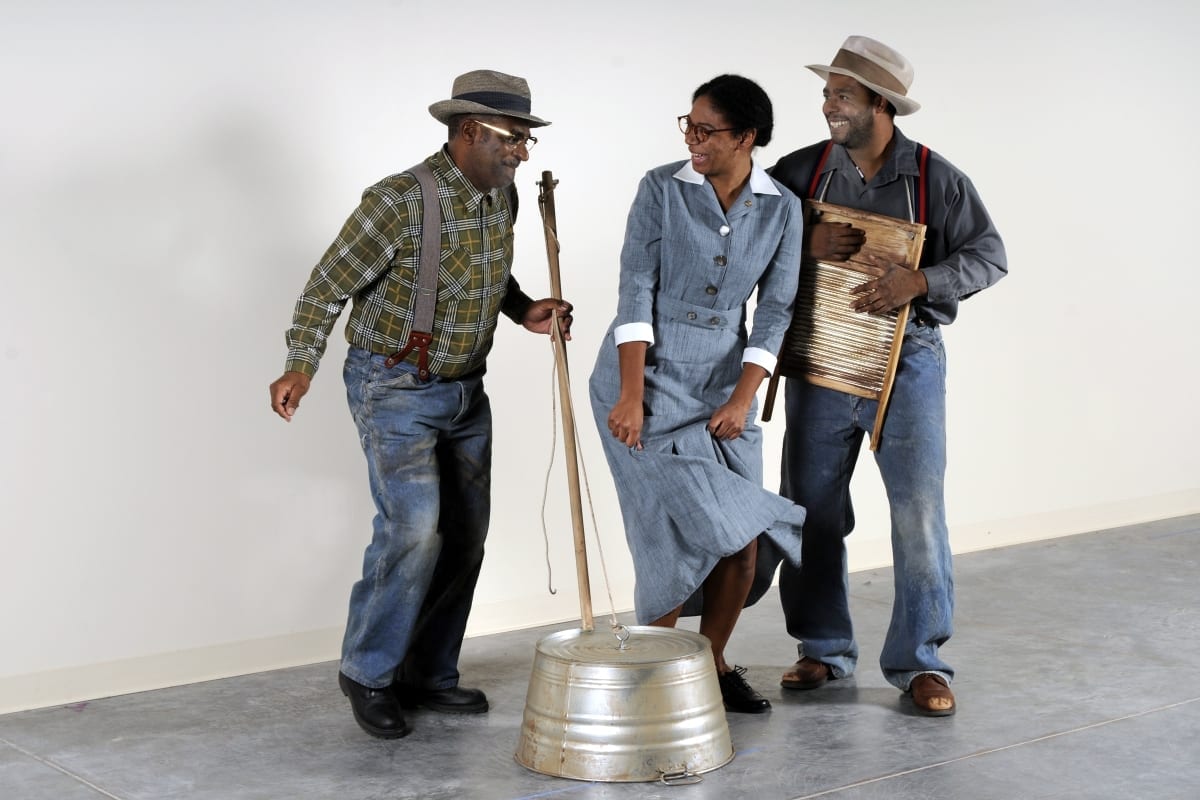 SALT LAKE CITY — In my job as a research psychologist, I am often required to consider the health and well-being of the people who choose to participate in my research. Modern ethical guidelines are a consequence of the abuses that medical doctors and social scientists have inflicted upon their research subjects. The history of psychology, anthropology, medicine, and other fields is full of examples of scientists violating people’s rights to privacy, informed consent, or right to leave a study voluntarily.

One of the most drastic examples of an unethical study in the United States was the Tuskegee Syphilis Study, which started in 1932 and ran for 40 years. During that time, approximately 600 African-American men—about two-thirds infected with syphilis—were studied as the disease progressed. The men were given placebo treatments and scientists and doctors watched as hundreds died from the disease. At first, there was nothing wrong with the study, because there was no effective cure for the disease. When penicillin became widely available in 1945, however, the drug was knowingly withheld from the men for 25 years when thousands nationwide were being cured of syphilis. Miss Evers’ Boys, currently playing at the Grand Theatre in Salt Lake City, is the story of how such a study could happen in the United States, and the moral, ethical, and medical dilemmas faced by those involved with the research.

Latoya Rhodes stars as the title character of Nurse Eunice Evers, and African-American nurse who serves as the primary liaison between the doctors running the study and the research subjects. Rhodes quickly establishes her character as somebody who loves her patients, but is prodded into lying to them (for years), withholding lifesaving drugs, and watching them die by a devotion to her craft and a steadfast desire to serve the medical profession the best way she can. Rhodes’s performance helped me see the title character as a woman who was required to make difficult choices. Rhodes wisely chose not to make her character a victim in the story (after all, the real victims are the men who were denied life saving drugs), but the silent, slow death of Evers’s ethics is one of the most tragic aspects of the play. I thought Rhodes was at her strongest when Willie Johnson (played by Sean J. Carter) experienced the first physical symptoms of the disease, which alternated repeatedly with a scene a few days later in one of the African-American Tuskegee doctors’ office. The two juxtaposed situations forced Rhodes to switch instantly between having command of a medical situation to being a powerless supplicant, pleading for proper medical attention for her friend and patient.

I was also pleased with the performances from the actors who portrayed the study participants. Lonzo Liggins was a riot as Caleb Johnson, a man who becomes convinced of the ineffectiveness of the “treatments” he is receiving and tries desperately to obtain penicillin for himself and his ailing friends. Caleb also has feelings for Eunice, and Liggins was masterful as he portrayed a man who had enough braggadocio and self-confidence to attempt to pick up a female nurse while wearing nothing but a backless hospital gown. Gregory Lang was also pleasing as the aging Ben Washington, a man born during the years of Reconstruction and who was practically a walking symbol of the reasons the Tuskegee study participants were exploited. Ben was illiterate, without social standing, poor, and completely powerless in his community. But Lang breathed life into his character (especially in his last scene) as he interacted with Eunice, which amplified the sorrow and frustration that I felt about the patients’ fates.

The rest of cast was admirable, too. At first I had trouble with Carter’s performance as Willie Johnson, but by intermission I was won over by the young, athletic character as he grew and changed (and as the disease grew and changed him). Carter’s performance is an evening-long crescendo, with his strongest, most poignant scenes appearing in the second act. The final patient, Hodman Bryan, was played by Ricardo Eugene, who was charming as he tried to treat his and his friends’ sickness with folk remedies.

As much as I loved this cast, I feel mixed about Toni Bird’s direction. Occasionally, such as when Caleb undergoes an incredibly painful spinal tap, Bird’s direction was masterful as she shows the misplaced trust that the patients placed in Nurse Evers. However, I thought that many scenes were also stagnant, such as the first scene in the schoolhouse and the scene at midnight when Hodman is trying to cure Willie with folk medicine. I also feel like Bird overused the technique of a hard freeze when Eunice paused during scenes to give narration; there are many other ways that Bird could have included the narration, but she seemed to always go back to the old workhorse of having her actors hold perfectly still while Rhodes delivered her monologues.

Spencer Brown‘s lighting design is probably the best technical element in the production. His gorgeous designs effectively conveyed locations, time of days, and mood in almost every scene. I loved the silhouettes he sparingly used, which reminded me that this story is about people who may have been powerless, but who deserved to be heard. The contrasts between colors (such as in the second act when Willie is trying futilely to dance) was effective in adding emotion and depth to the action on stage. The costumes (Catherine Zublin) and set (Keven Myhre) were simple and unassuming. But given the unglamorous time and place where the action took place (rural Alabama during the 1930’s and 1940’s), this is appropriate. The only technical element that I think could be improved is the sound. In the cavernous Grand Theatre, the microphones could be turned up a tad. From my seat in the fourth row it occasionally became hard to understand actors (such as during the scene where Nurse Evers is comforting Ben).

The highlight of the evening was, unquestionably, the incredibly strong script by David Feldshum. All five of the main characters in Feldshum’s script are incredibly endearing, and I felt a genuine emotional connection with them as they passed through their trials and triumphs. Feldshum also forces the audience to grapple with the issues of the study by muddying the waters and presenting both sides of the ethical debate. He avoids simple dichotomies like right and wrong, Whites exploiting African-Americans, or doctors ignoring patients. I’m pleased that Feldman avoids easy answers and instead insists that the audience leave the show with unanswered questions. However, Feldman’s script is extremely long. This production ran for 2 hours and 45 minutes, and I wish that Feldman had shortened some of the scenes (such as Ben’s last scene or when Caleb confronts Eunice for the last time).

Despite some minor flaws, I highly recommend that people attend Miss Evers’ Boys. The story is an important one that served as a catalyst for Congress to pass the laws governing medical and social science research today. But more importantly, it is a story of the consequences that occur when people ignore the basic human rights of other people. Legal structures may exist today to prevent another Tuskegee Syphilis Study in our country, but the human tendency to take advantage of others is within all of us. Miss Evers’ Boys shows us the consequences of a lack of personal vigilance in how we treat other human beings.

The EttaGrace Black Theatre Company production of Miss Evers’ Boys plays at the Grand Theatre (1575 S. State Street, Salt Lake City) Wednesdays through Saturdays at 7:30 PM through February 18 (except February 15) and February 4 and 11 at 2 PM. Tickets are $9-24. For more information, visit the-grand.org. 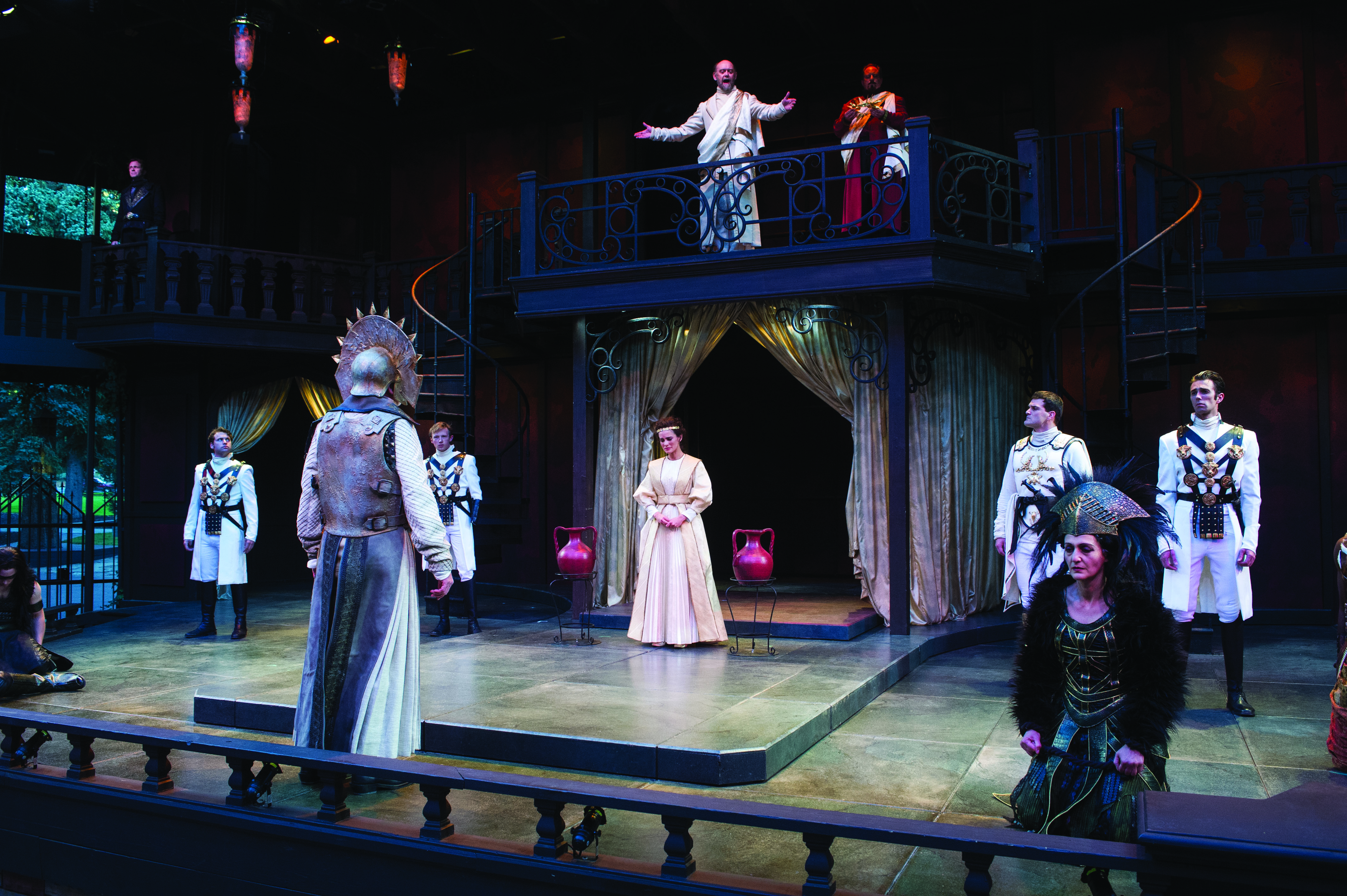