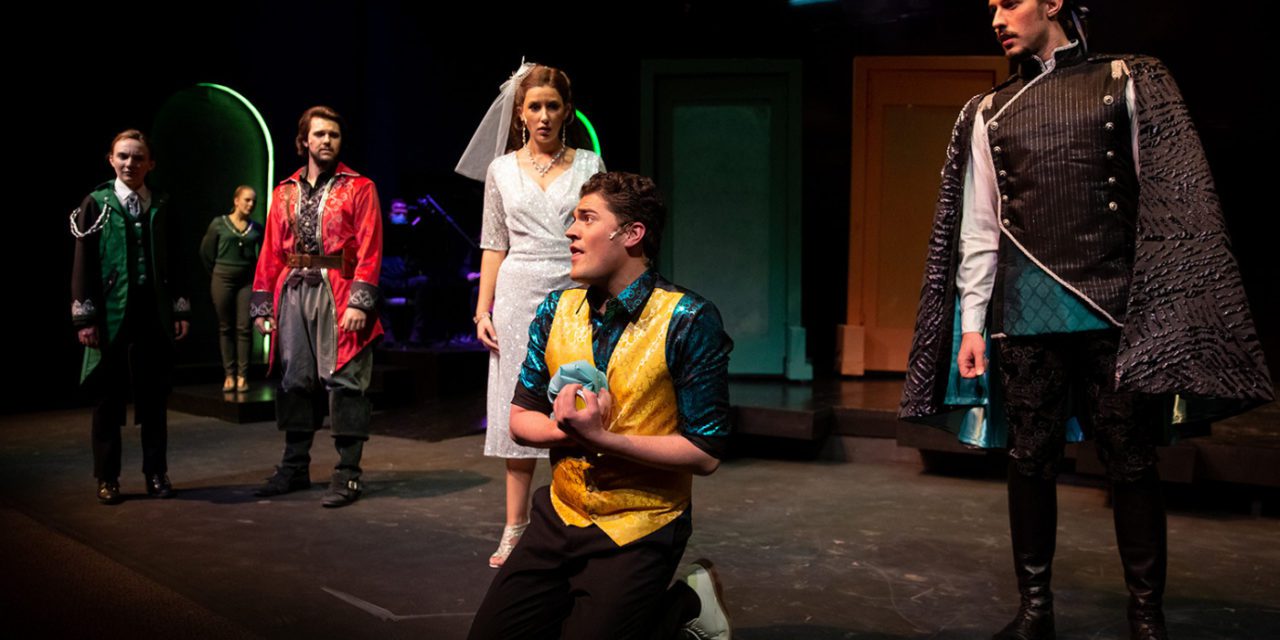 SALT LAKE CITY — Illyria, a musical adaptation of Shakespeare’s Twelfth Night developed by Peter Mills and Cara Reichel is receiving a wonderful production at the University of Utah. Directed by Jason Michael Spelbring, with musical direction by Alex Marshall, the script and book adhere closely to the original text and characters, while making a few clarifying edits that even the Bard would agree only improve the quality of the zany romance. 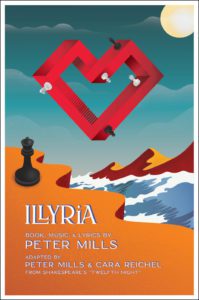 True to its source text, the plot revolves around twins, Sebastian and Viola, being shipwrecked in Illyria and the many romantic hijinks that ensue when Viola disguises herself as her brother and soon falls in love with the local duke, Orsino. Orsino is, of course, in love with the local Countess Olivia, who finds herself entranced by Orsino’s handsome new page, the disguised Viola. Beyond this epic love triangle, a rollicking subplot involving Oliva’s servants and her drunken uncle keep the audience laughing.

The vocal performances are strong across the cast. Niki Rahimi as Maria is a highlight as she plots against the arrogant Malvolio in “The Man is Mine.” Eva Merrill as Olivia, does a stellar job matching her vocal skill with her physical comedy in “Undone” as she attempts to seduce the baffled Viola. And Zoe Killian, as the clown Feste, is particularly impressive singing as three characters in “The Lunatic.” Other strong ensemble moments are a trio of tight and plaintive vocals in the lover’s lament “Save One” and the raucous and joyful “Cakes and Ale” that had me dancing in my seat. Aathaven Tharmarajah as Sir Toby, Carson Quinn Peasley as Sir Andrew, and Matthew Tripp as Malvolio are delightful as they play off of one another in their contrasting clowning roles. 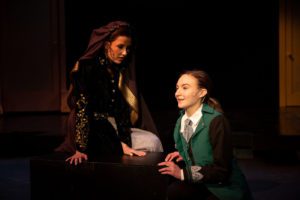 Alexander McConkie, as Orsino, is in a challenging role. As written, Orsino is self-centered, misogynistic, and love sick, and yet he must be charming enough that the heroine, Viola (played by Katie Calderone), falls fervently in love with him. I could detect no hint of spark between these two actors, and their scenes together fell flat. They each have charisma individually, though. Noah Bradford as Sebastian left me scratching my head with his lack of visible reaction to the very strange circumstances he finds himself in again and again as he is mistaken for his sister (as himself) by the other characters who variously want to marry or kill him. 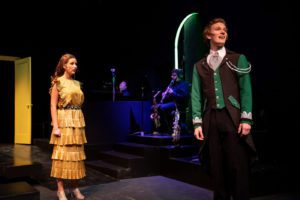 There were several other moments where I found myself wondering if the actors had simply been directed to remain still while singing, rather than reacting to the space and events around them. The source text, Twelfth Night, is full of soliloquies where characters confide their emotions to the audience, and in Illyria Feste opens the show with direct address as the narrator. I wonder why the conceit was not used to its full advantage during the show when there is ample opportunity for the performers to connect with the audience. A longing look or confused grin to the crowd would suffice to boost audience engagement throughout the two and half hour imbroglio. 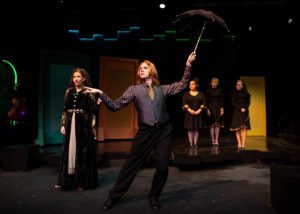 The onstage eight member band goes a long way to redeem the shortfalls of this production. Live music is always a delight, and this small group does their part in enhancing the actors’ emotions and beauty of Shakespeare’s words. With song and lyric motifs already prominent in the text, Twelfth Night is a great fit for musical adaptation.

I did find myself questioning the unifying vision of the production choices. I have generally been very impressed with the production quality at University of Utah and was surprised to not have those expectations matched here. Sam Dalton’s set design is appropriately simple, with a few rolling door frames and movable blocks, but the paint job of the prominent doors looks unfinished where there might have been some lush detail. Kathryn Edward’s costumes are a hodgepodge of styles, eras, and fabrics that lack unity in anything but color groupings, and Arika Schockmel’s props, which should be a simple job of letters and few trenchers, all share over-the-top details like iridescence. While there were some intriguing choices in all this, the final outcome is too scatter-shot to make a cohesive statement. The neon lighting touches, the bold color palette, the pre-show music, and the peculiar bedazzled toy swords used in the duel, were perhaps pointing toward a 1980s feeling of decadence. But from the moment the band began to play, those choices felt out of step with the classical sentimentality of the score.

And yet, for the smile that it put on my face, I would recommend a night in Illyria to any lover of Shakespeare, music, comedy, or romance. If you don’t find yourself included in at least one of those categories, I suggest you buy a ticket anyway so you can see what you’ve been missing. 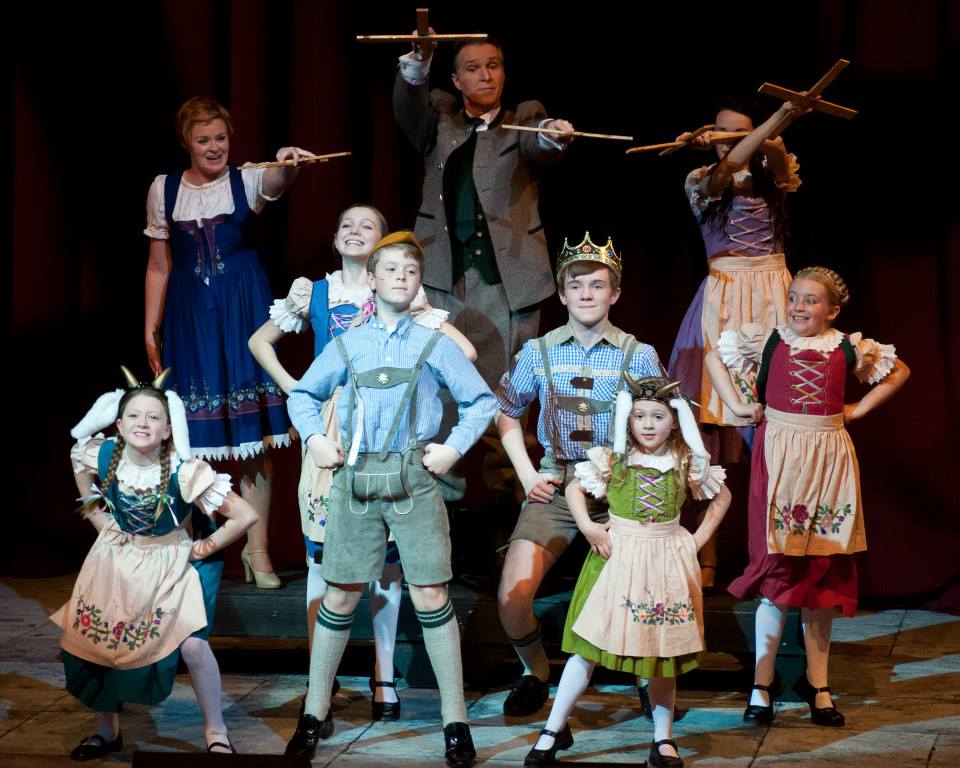 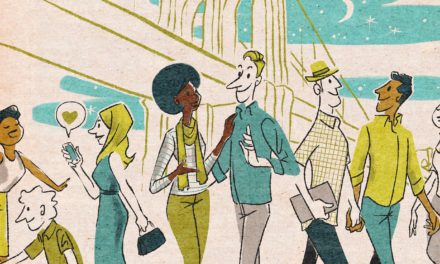 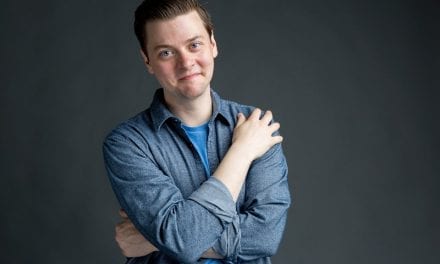 EVERY BRILLIANT THING lives up to its name 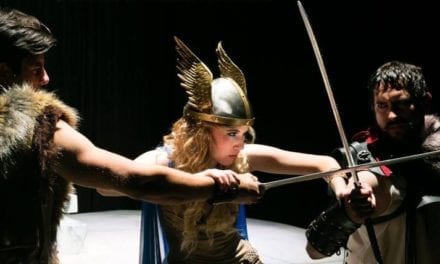