SALT LAKE CITY — Not many people outside of the gay, lesbian, bisexual, transgender and questioning (GLBTQ) community have heard of the Stonewall riots.  However, for those in this community, Stonewall represents the birthplace of the gay (I will be using gay throughout the rest of the review as an all inclusive word for the LGBTQ community) rights movement. As recently as the 1960’s, gay people could be arrested for being just that – gay.  People could be (and many were) arrested for not dressing according to their gender at birth.  Meaning, you had to have at least 3 articles of “male” or “female” designated clothing on or you could go to jail. Late night raids on gay bars and police using entrapment techniques were common happenings in New York City’s Greenwich Village.

The now notorious Stonewall Inn was just one in a handful of gay bars in The Village.  But on June 27, 1969, a late night raid on the bar backfired and it became “the night the gays fought back” chanting, “History belongs to us!” and “Out of the closets! Into the streets!” The riots, marches and beginning of this movement lasted 4 days. Director Bill Poore was not at Stonewall that night but he had friends there and he was on leave (US Coast Guard) in New York during these days.  Later, he became friends with Doric Wilson, the writer of this play.  Poore points out in the post show talkback that, “our Thomas Jeffersons and Martha Washingtons were street kids and hookers.”

And thus, we have Street Theater, a play being presented by the Department of Theater at the University of Utah in Studio 115 through October 23rd.  Street Theater documents the smorgasbord of “street kids” and characters found on Christopher Street (the street where the Stonewall Inn was located) in the days and hours leading up to the riots. Wilson was actually there and has a semi autobiographical character in the show – Jack – who just happened to be my favorite actor of the production, Drew Baker.  Along with the tough, clad in leather Jack, we find the butch lesbian, clad in flannel, C.B. (another favorite played by Samantha Orr). Drag queens and prostitutes Ceil (Alex Eltzroth) and Boom Boom (Stewart Singleton) were found strutting around in heels that would challenge even me!

The show opened with the song “Summer in the City,” playing as cast members sashayed, boogied, strutted, and wandered onto stage while the lyrics, “Hot town, summer in the city, back of my neck getting dirty and gritty” set the tone perfectly. Sitting on the front row, I had a hard time not wanting to get up and join them.   The costumes were designed well with iconic ’60s style but nothing over the top (with the exception of the drag queens). I often find that shows try too hard to capture an era, which makes it feel like a costume party.  In this case, I felt like I was invited back in time.

From the moment Drew Baker (Jack) stepped on stage, he had a commanding presence that lent credence to his character. I found myself watching him, leaning against a wall or a staircase when other actors were center stage, simply because I wanted to know his reaction to what was happening.  I wanted to hug him when he stood up for the more innocent and naive Timothy (Kaltin Kirby) and was giddy when he put a cop on the take, Seymour (Quinn Hannibal), in his place!  Baker’s performance was solid, grounded and real. He is one that I am very interested in seeing more from.

Samantha Orr was another standout for me.  While at times I found her to be a little too twitchy and full of energy, when she settled into the tough but human C.B., her performance really shined. The top of the second act between C.B. and Heather (Hannah Charlotte Munn) was the most touching and I felt, the most real character connections of the night. As Munn laid on the ground with C.B. over her, calling her “kid” and seeming to genuinely be concerned, it was a soft moment that contrasted nicely with the rest of the rough and tension rising scenes.

While actors Baker and Orr were my favorites, the drag queen scenes were by far the most entertaining. From the get-go, they were full of energy and provided excellent humor through the whole show.  Just like stereotypical women, they were catty one moment and soul sisters the next.  At one point, we have these two fabulous queens circling the stage like cats about to pounce on each other. It was absolutely marvelous.  While both were quite adept at flaunting their stuff, I feel like Eltzroth may have just out diva’ed Singleton by a hair.

The set was good and definitely created the street feel.  However, I would have liked it to be in front of the Stonewall Inn, as that is where everything begins.   Because of this, as the riots broke out, most of the action happened off stage and I felt just a little left out.   The lighting for the most part was handled well.  I’d recommend a more gradual fade to nighttime; it felt like the scene was being spotlighted rather than a sun setting.

One complaint I did have about the show (and perhaps more the writing) is that it seemed to capture the unique characters on Christopher Street, but they all felt fairly stereotypical.  We had the S&M gay man, the butch lesbian, the closeted self-hating older man, the undercover cop who was on the take, the self-righteous cop, the hippy, the young innocent 21-year-old looking for corruption, and the list goes on.  However, perhaps at that time the characters who were found on Christopher Street had to fit into boxes because society hadn’t fully allowed them to be themselves.

And while there was some really great acting, there were some weak points as well. The whole pick-up sequence between the two police officers almost offended me.  In hindsight, I’d like to think that the reason it felt so forced and unnatural was because in the show, they aren’t really gay.  But, during the actual scenes,  the over the top, cheesy, what was supposed to be a gay pickup felt effeminate and homophobic.  It felt like two straight men, characterizing two gay men for the amusement of their friends.

Outside of the two leads and two drag queens, I felt most of the actors could have connected with their roles more.  Sometimes they were okay.  Other times, I absolutely felt that lines were being recited, rather than acted. The characters of Seymour, Donovan, Timothy, Sidney, Michael and Donald all felt two dimensional. Whether that was the writing or the acting, I couldn’t say. However, I do understand that this is university production and some are simply further long in their studies than others.

I find that I really enjoy attending theater productions at universities and colleges because they tend to tackle more risky and edgy pieces.  As this is certainly a ragged show with language and comments that would make even the most open-minded blush, it’s absolutely not something I’d take my mother or even my brother to.  However, it is something that I encourage people to attend because of it’s history.  We are looking at people whose identities are very much wrapped up in their choice of sexual partner. Because of this, there’s a lot of sexual content being thrown about. Strangely, there wasn’t any kissing, though. I wonder if the sexual banter was okay but pushing the actual physical contact was too much? If so, that is a shame.

Finally, it surprises me that we still hear comments from police and politicians such as, “If it wasn’t for us, they’d overrun the whole country,” and we still hear gay people say, “People like us don’t have rights; we haven’t earned them.” It seems, that while there may not be common police raids and riots now in the United States, some of the attitudes and feelings presented in this show are still very much present today. So, even though Street Theater takes place in 1969, it still resonates in 2011.

Street Theater plays October 23 at 2 and 7:30 PM in Studio 115 in the Performing Arts Building on the campus of the University of Utah.  Tickets are $10.50-13. For more information, visit www.theatre.utah.edu. 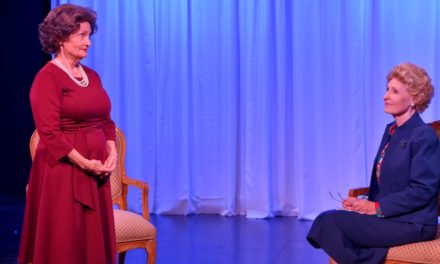 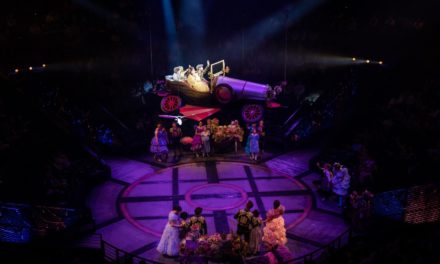 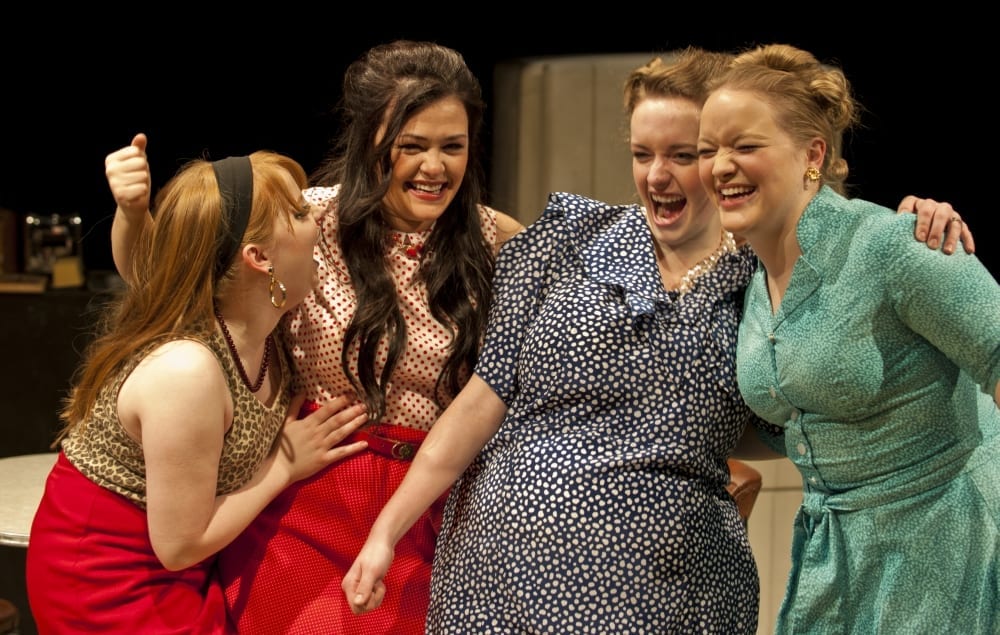