CENTERVILLE — CenterPoint Legacy Theatre’s beautiful new facility that truly impressed me from the lobby to the friendly staff, to the beautiful stage and technological capabilities. Jim Christian, writer and director of Sleepy Hollow, first brought this story to life at Weber State University in 2009. Christian, the director of the Musical Theater Department at WSU, worked with composer Tom Edward Clark to develop Sleepy Hollow has already received an award for playwriting from the Kennedy Center/American College Theater Festival, and the performance here at Centerpoint marks the show’s first non-academic endeavor.

The Legend of Sleepy Hollow is a classic Halloween tale that has been told a million times in a million different ways. Christian took the well known characters of Ichabod Crane, Brom Bones, and Katrina Von Tassel, and added to them an entire community and back story. Throughout the show the audience discovers why the town of Sleepy Hollow is cursed, why they are somewhat isolated from the outside world, and what they are hoping will happen to break the spell. The take was quite a bit different than the original story, however the original story was only 30 pages long, so some poetic license is utilized in most Sleepy Hollow retellings.

The ambiance of the stage helped the audience get ready for the evening. As the time for the show drew near, the announcement came over the speakers to turn off our cell phones and other devices. The announcer had truly gotten into the spirit of Halloween, and the audience responded with delightfully frightened chuckles. It was quite similar to an announcement one might expect before entering a haunted house. As the lights lowered and the overture began, I was quite impressed with the lighting and the beginning set. The audience was transported to a woody area in the hollow, and we were actually able to see fireflies on the backdrop sky, fully transporting us into the story.

Throughout the show, the set, lighting, and stage design continued to impress me. When Ichabod first begins to work with his students in the classroom, the audience is treated to some of the first major appearances of paranormal activity. Without giving away too much of the fun for future audiences, I will just state that there were many times that the entire audience was shocked to the point of almost jumping out of their seats.

Much praise should be given to the production team. Austin Hull as set designer deserves praise for truly bringing the town of Sleepy Hollow to life. I was quite taken by the little details with each set piece, for instance the organ in the church, with its pipes having apparently become bent and worn with the passing of time and haunting of the village. I also enjoyed the little details to the homes and gardens, with the pumpkins and the scarecrows to help keep the Halloween feel throughout the production. I enjoyed the period costumes (designed by Katrina Dansfield), and how the costume of Ichabod seemed a step or two above the townspeople in class, helping the audience understand that his character believes himself to be above this little town. Dansfield obviously took great time to ponder each character and select appropriate costuming. However, there were a few hiccups in the scene changes that are common to an opening night, but I imagine those will lessen as the production continues.

My highest praise in regards to the technical side of the production I reserve for David Larsen and his lighting design. Again, without wanting to reveal too much of the story, I found that the songs “Upon,” “Vanished,” and “The Final Tale” had lighting that really helped the audience be transported into the meaning of the songs and story.

There is also a lot of praise that can be given to the individual players in the show, however first I feel it important to praise the cast as a whole. Often in the business world one hears the term “synergy” used to signify results obtainable by working together that would be impossible when working alone. Throughout the production, the concept of synergy kept coming to my mind during the ensemble numbers. The cast consisted of 19 individuals, however when they all came together for a number, it seemed as if it was a choir of 100. In particular, I was truly impressed by the song “Upon.” This song was to me an example of what happens when all the elements of musical theatre come together to produce something magical. The enunciation of the cast members was crisp and clear, the harmonies perfect, the volume and music flawless. The acting and blocking were superb, background sound effects, lighting, and design helped to present the audience with a truly frightening yet entertaining moment.

Ichabod was played quite masterfully, if perhaps feeling slightly over the top in the beginning, by Daniel Frederickson. However, as the show progresses, the audience begins to understand why the character is portrayed in such a fashion. When Ichabod sings to the students about “Never Sparing the Rod” I could tell that many in the audience was secretly glad that they were not subjected to the tutelage of this instructor. Also, when Ichabod portrays his desire towards Katrina throughout the show, he does so in a conceited, Gaston-like fashion with an undertone of creepiness that helps the audience understand that there is perhaps more to him than meets the eye.

Katrina, played by Angie Winegar, has quite an endearing quality. Her voice is lovely and strong, evident from the very first song of the show. In the song “Beyond the Hollow” truly showcased Ms. Winegar’s vocal abilities. Brom Van Bron, played by Brett Bradford, was extremely likable, which shocked me at first, as other tellings of the story often have a different take. As the story progressed, I quite enjoyed this different look into Bradford’s character. In the beginning of Act II, there are some very sweet moments between Katrina and Brom, such as the song “Your Heart with Mine.” The actors played this song quite well. However, I did feel that the song felt a little out of place in comparison to the rest of the story.

Brother and sister Faas and Rosalie Brinkerhoff, played by Kyle Allen and Maegan Madill, added much needed comedic relief. I was happy every time they opened their mouths, and I felt their skills and comedic timing were excellent. The opening song of Act II is quite light-hearted, and gives both ample opportunity to shine in this regard. Madill has a moment not long after in the song “Rosalie” where she is able to prove that she has quite a bit of dramatic skill as well.

The five actors in the show portraying the children deserve their own special mention. I have not seen such a strong ensemble of children in a community production in recent memory. Tiffani Allen, Garret Rushforth, McKenna Silvester, Sarah Hawkes, and Clancey Black all kept the audience entertained and enthralled. During the songs “Spare the Rod” and “Heads or Tails” their voices were well blended, the choreography strong, and characters portrayed extremely well.

Finally, I would like to mention the actress playing a woman named Sabine, Andrea Wood. The character of Sabine is not one in the original telling of Sleepy Hollow, and it is this character that adds an unsuspected twist in what would have otherwise felt like a predictable show. The song “The Finale Tale” brings all the twists and turns of the story together, and I felt that Wood did an outstanding job of concealing the twist until the right moment.

The evening was overall quite enjoyable, and it is wonderful to see new musical theater works coming out of Utah. I will say that the show felt long, and that there were some parts of the story that felt cumbersome. The number of characters and story lines seemed to slightly take away from the ability of characters to add depth to their performance. This is common as a show takes off, and a good audience can serve as a help to a writer and director as they try to fine tune their story. The beauty of live theatre is that it is truly an interactive experience with an audience, and unlike a movie, the feel of the audience can help guide the production. I hope that Sleepy Hollow is able to grow and progress as a show, and gain momentum. The cast I saw performs Mondays, Wednesdays, and Fridays, and there is a different cast for the other performance nights. With the high caliber of performers I witnessed, I imagine that the audience will have a similar experience regardless of which cast they see. 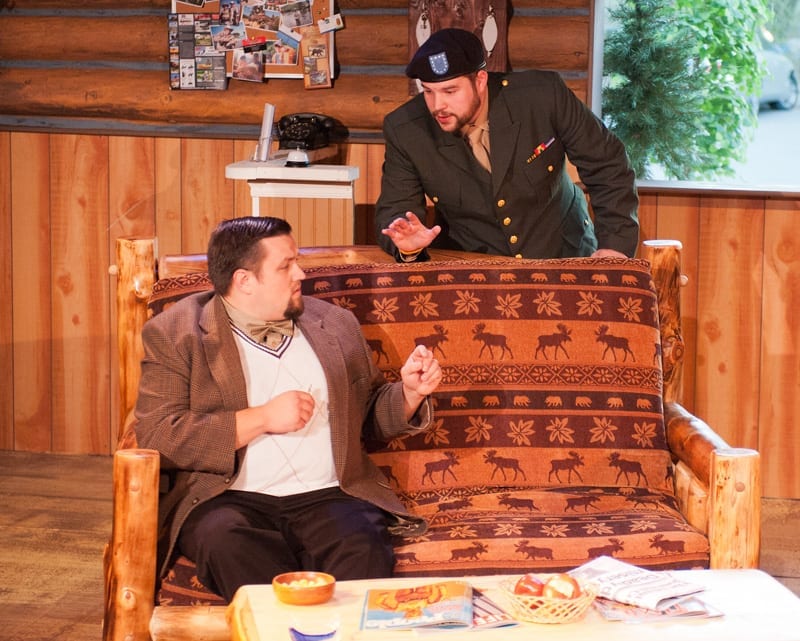 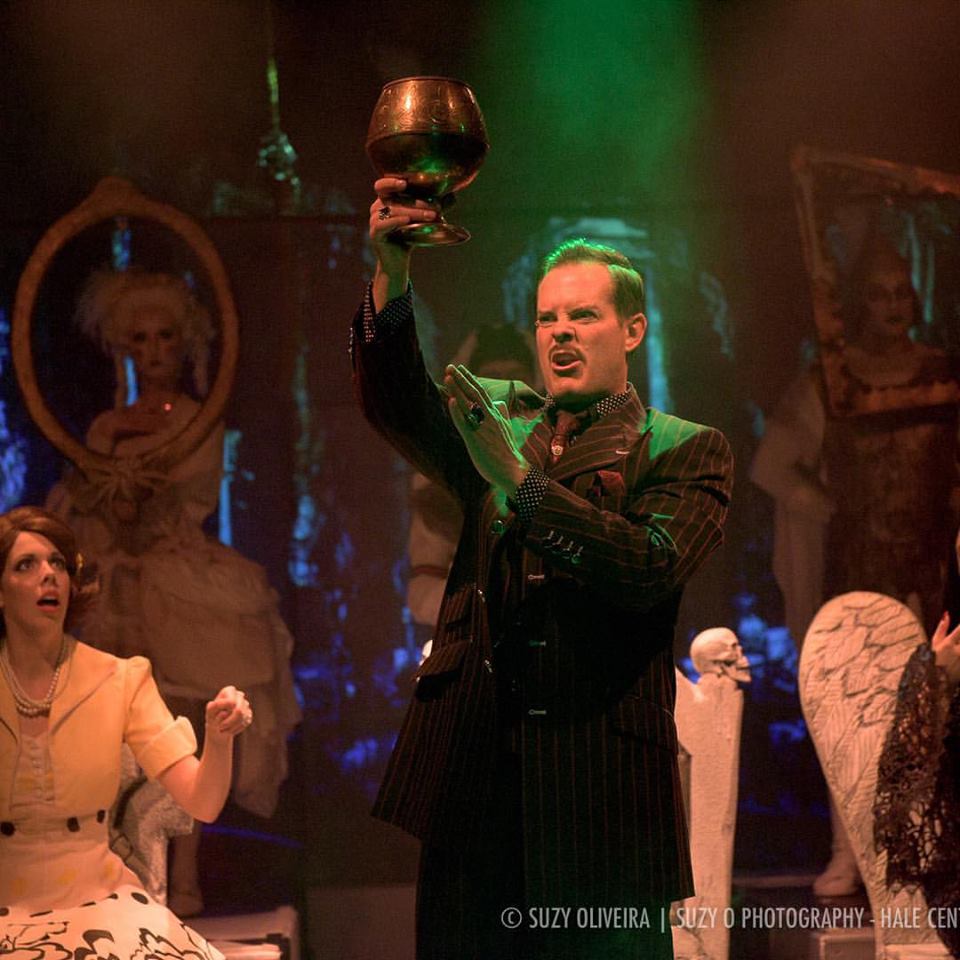 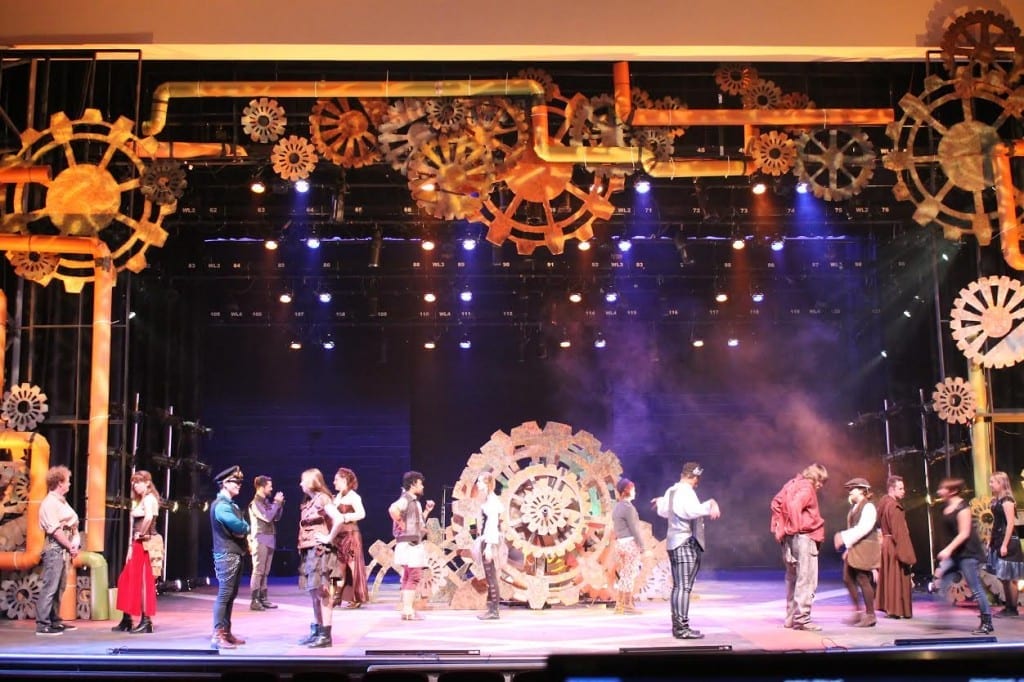