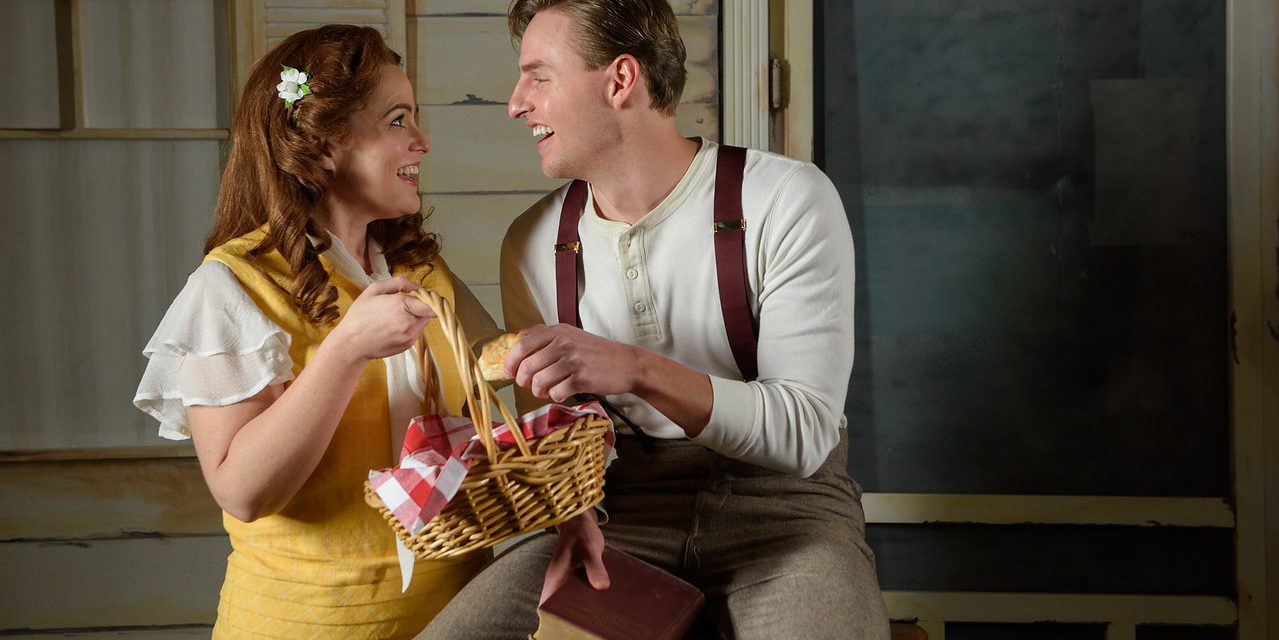 OREM — The storytellers at Hale Center Theater in Orem have outdone themselves. Bright Star is a moving, lively tale that is coursing with nostalgic energy for anyone with or without rustic roots. HCTO’s Bright Star will entertain and move audiences with its lively music and powerful story. 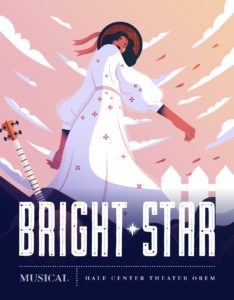 Homey and vibrant, this bluegrass inspired musical takes viewers on the fun and inspiring journey of Alice Murphy. Set in the Blue Ridge Mountains of North Carolina, Alice invites audience members witnessing her 1940’s adult life to delve into the endearing, hilarious, and painful memories of her 1920’s teenhood. With music and writing by Steve Martin and Edie Brickell, Bright Star is a foot-stomping, knee-slapping riot filled with tender, familial themes. This production even features a live trio of skilled musicians who accompany the entire story with a folky flare.

All of the technical aspects are phenomenal, besides the nonfunctioning projections for the night I saw it. Once they were working and there were projections in Margo’s book shop, I realized that I actually preferred the show without projections. The actors using the minimalistic set are such engaging storytellers themselves that they do not need projections. 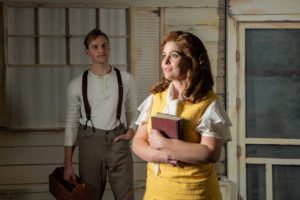 Glorious direction by Mark Fossen breathes energy and passion into the entire production. The whole ensemble is on their A-game with no weaknesses. Each character is uniquely fascinating, telling the story with undying energy. The actors’ accents are flawless, thanks to the stellar dialect coaching of Dianna Graham, and each song brims with life due to the powerful music direction of Justin Bills. Vocally, the harmonies during “Please, Don’t Take Him” are particularly crisp and stunning, among many others throughout the show.

Adrien Swenson and Jadon Webster lead the show with outstanding charisma and connection. When Alice (played by Swenson) goes back in time, the actress continues to play herself — just twenty years younger. The age gap between Swenson and Webster (a younger actor than Swenson) becomes completely invisible, due to their incredible commitment to character. Webster’s performance as Jimmy Ray Dobbs is flawless, dominating the stage with confident vulnerability as he circles strongly around Swenson and wraps her in his arms. The love of these two characters drives the entire story, and these actors’ skilled connection to each other provides a flawless base for the rest of the cast. The song “Whoa, Mama” is a party: flirtatious, fun, and my new favorite number in the production, due to Swenson and Webster’s performance. 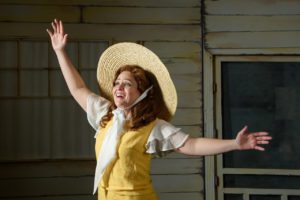 Adrien Swenson is a firecracker. As the leading role of Alice Murphy, her wild passion and powerful presence does not let up at any point production. The actress is incredibly versatile. She plays an authoritative woman with a commanding posture at some points, then switches effortlessly to a rambunctious teen with care-free movement. Swenson is a vocal powerhouse, filling each belted note with tangible expression. Watching Swenson perform “At Long Last,” the climax of the production, felt to me as if she were completely alone, careless to any onlookers, expressing her overwhelming feelings in full. It felt like I was watching the deepest pains and joys of motherhood. Swenson is unmatchable in vocal skill and emotional vulnerability.

One particular standout among the actors is Daniel Hess as Mayor Josiah Dobbs. His performance rich with fabulous choices, particularly his gruff vocal work that adds to his devilish and aging character. Jim Dale as Daddy Murphy slows his movements and grimaces his face with stinging regret for Act Two, executing the aging process with great believability.

Carter Walker as Billy Cane impresses in every scene because he forces nothing; each expression is genuine and realistic throughout. Even during “Another Round,” as the characters are becoming more and more drunk, his swaying yet minimalistic movements convey genuine intoxication and not a stagey imitation of intoxication. Because Walker’s performance was so realistic, it allowed me to sympathize with Billy as a real person. As he sits with the lovely Brianna Meikle as Margo Crawford during “Always Will,” their smiles are particularly touching as they tease each other with genuine affection. The playful excitement portrayed is so sincere that this budding couple triggers sweet nostalgia for anyone who has ever been in love.

There are only two moments of the production that do not quite land. The first is the song “I Can’t Wait.” The addition of the pregnant choir feels awkward and forced, especially because not all of the women appeared pregnant. Perhaps if the pregnant women interacted with each other on stage as characters, as opposed to as a pregnant choir, this problem would be solved. The second moment is the last scene in Act One. It is unclear that Mayor Josiah Dobbs is outside of the train, negatively affecting the suspense of the moment. I would love to see him open a door or a window to clearly convey that he is outside, or perhaps be fighting wind.

Hale Center Theater in Orem’s Bright Star is near perfect and will move its audience. Young audiences will adore the lively music and dynamic characters, while older audience members will be touched deeply by the powerful message portrayed by the masterful cast and crew. Thanks to Fossen’s phenomenal direction and the raw skills of the actors, the final scene brought tears to my eyes. I wouldn’t miss this show for the world. Bright Star is the best production I have seen in a long time. 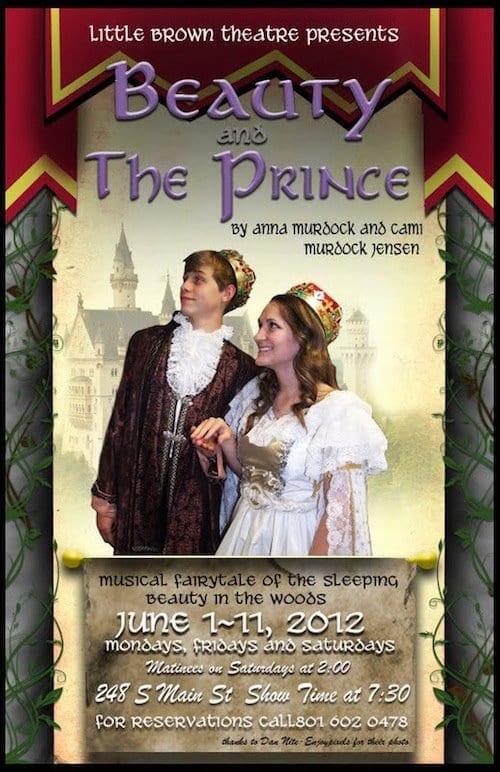