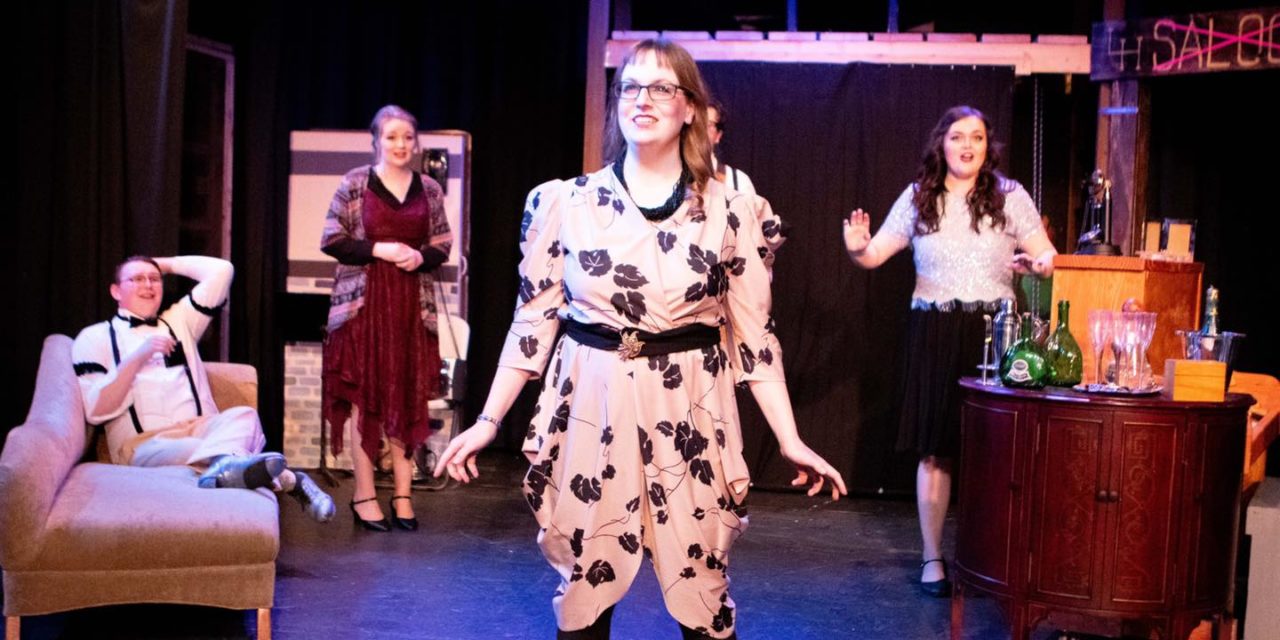 PERRY — Rare indeed is the occasion that I can see a show I have never even heard of, much less seen, so I was intrigued to make the jaunt up to the Heritage Theatre in Perry to see Footlight Frenzy, directed by Justin “Spot” Beecher and Amber Beecher. A lesser-known show that seems to have made the regional and community theatre circuit over the years, Footlight Frenzy first made its debut in 1980 in California and is a mix of Noises Off and The Play That Goes Wrong, only much more amateur by all accounts.

The story follows a small cast of players, including writer Tauni Langdon (played by Melissa Thomas), who is determined to see her play written for the school arts council make its way to bigger and brighter stages. She has enlisted the help of school principal Paul Becker (played by Quinton Geilman), and his wife Laura Becker (played by Michelle Evans), budding actress Debbie Turner (played by Avrie Anderson), and actor Alex Malone (played by Damon Fuhriman). To round out the mix is the trusty janitor/handiman who (of course) gets thrown into the play: Benny Dibble (played by Steven Mair).

If the plot sounds familiar, it is because it follows the trope of every play within a play farce. Of course there is an important person in the audience, this time famous Broadway producer David Merrick, and many things go awry to set the characters ill at ease with what should have been a simple evening of entertainment.

Some of the production of Footlight Frenzy was quite lovely. The costumes, by Amber Beecher and Aubry Merkley, were simply fantastic. The action of the play within a play was set in the 1930s, and the dresses in particular were so stylish and well matched to the time period. The set design, by Travis Beecher, was also fun and well thought out, with little elements that added to the humor of things not working quite as they should within the play. 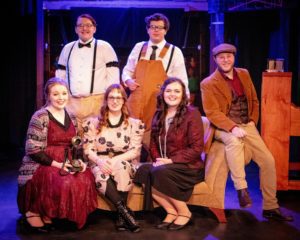 Directorial and acting choices throughout the play were also amusing. Evans was impressive with her ability to play an over-the-top woman who truly should not be acting, but is anyway. Embracing and doing a convincing melodrama is somewhat of a difficult art form, and I enjoyed how well Evans could do so, especially with a few over he scenes with Fuhriman, who also seemed to grasp the art of the melodramatic. Additionally, many of the cast members were successful with the play’s physical comedy. Footlight Frenzy had a lot of spills, falls, and additions that take a level of skill to execute properly. There is also an intriguing bit with a needed actor replacement that ends up being replaced by a phone, and that replacement works out well enough that the phone gets its own curtain call moment, a touch that I found rather clever.

Having pointed out some of the high moments, there were other moments that were simply puzzling. There were two moments of song in the show that were done as lip sync. I am not sure if that was what was written in the script or a directorial choice, but it detracted from the evening. I would have rather had an a capella song or some sort of live singing than the lip syncing. (If the lip syncing was in the script, then I absolve the directors and instead place all the blame on playwrights Ron House and Alan Shearman.)

The story in general and the pace of Footlight Frenzy, though, failed to live up to the show’s potential. The play within a play has been around for centuries, and there are many examples of it being done well. This particular version was a mediocre copy of better and more well known examples of the subgenre.

This is not to say that the players at the Heritage did not do a good job with the source material that they had. The cast and directors certainly put together an interesting enough production and displayed their talent and expertise. I also commend production companies for being willing to branch out and try unfamiliar productions. However, Footlight Frenzy felt like a generic rehash of other theatrical farces.

Footlight Frenzy plays Mondays, Fridays, and Saturdays at 7:30 PM (with a Saturday matinee at 2 PM on January 22) through February 5. Tickets are $12-15. For more information see www.heritagetheatreutah.com. 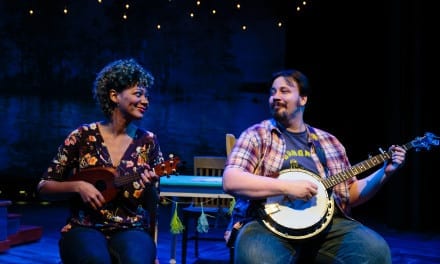 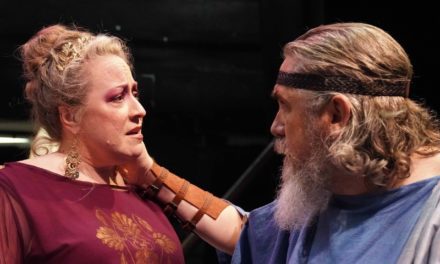 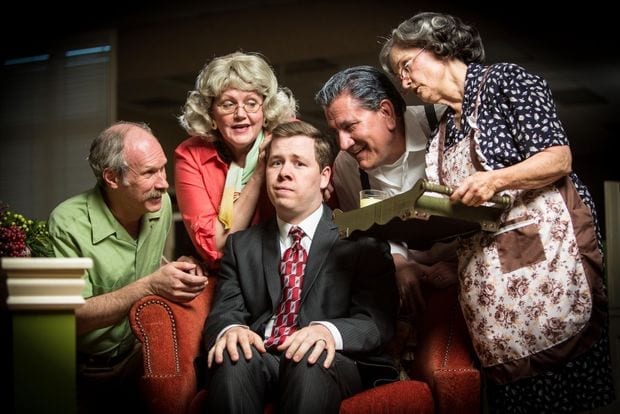