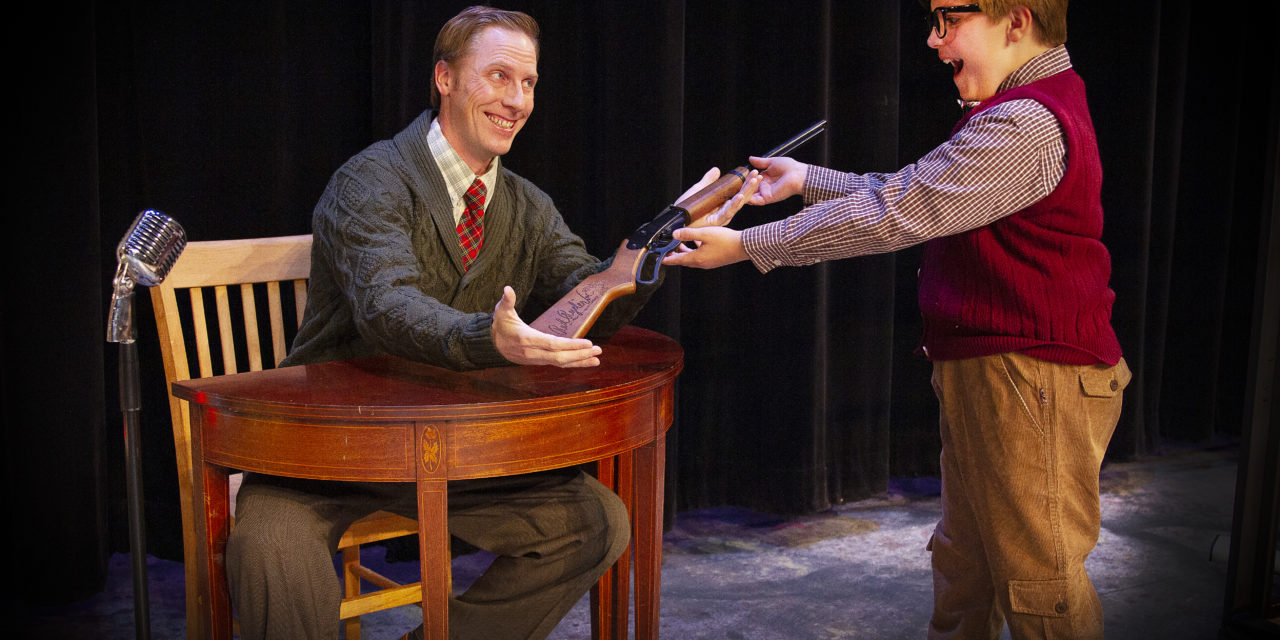 CENTERVILLE — A Christmas Story is a popular Christmas movie that debuted in 1983. In 2012 the musical adaptation made its way to Broadway for a limited run, and now it shows up on various stages around the country as a new addition to the Christmas Carols and other standard Christmas productions theater goers are used to seeing this time of year. With music by the duo Pasek and Paul, who are now known for Dear Evan Hansen, La La Land, and the Greatest Showman, and a book by Joseph Robinette, the story follows Ralpie Parker, played by Soren Ray, who wishes to have a Red Ryder BB Gun for Christmas, and his mother, played by Mollee Steele, who wishes the exact opposite. Included in the family of course are the “old man,” Ralphie’s father, played by Juston Lebaron, and younger brother Randy, played by Sam Akerlow. 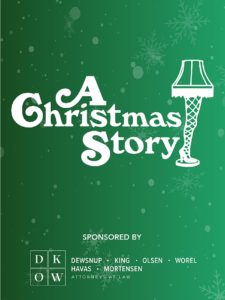 Directed by Jim Christian, CenterPoint’s production of A Christmas Story is a lovely way to start out your holidays. The first thing I noticed when I walked into the theatre was the eye catching set, designed by JD Madsen. In the top corners of each side of the stage were two Christmas trees, and as the curtain rose, it felt like I was actually on a street of late 1940s Indiana. The costumes, designed by Tammis Boam, added to that ambiance, especially the hats. Oh my goodness, the hats. I should probably stop liking hats as much as I do but my goodness there were some lovely hats on stage. The lighting design by Graham Whipple complimented the colors of the costume and the different elements of the set so well and truly made this show one of the most visually appealing shows I have seen at CenterPoint.

Because the story centers on Ralphie, I was so glad to see that Ray’s performance was quite endearing. During his performance of the song, “Ralphie to the Rescue!” Ray has a musical aria that is just perfect, and the choreography in that number by Jessica Merrill that the ensemble did to back up Ralphie was energetic and fun. 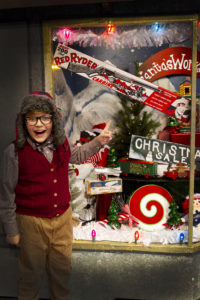 Speaking of choreography, the song, “You’ll Shoot Your Eye Out,” where teacher Miss Shields, played by Bailee DeYoung gets to shine along with the kids in the cast, showed off some great tap dancing prowess, which is something that is just not used enough in the theatre around here. The young people in this cast all show very strong energy and skill.

Steele as the mother in the show plays the role of a very unsung character that becomes much more fleshed out in the stage version than in the movie. In a touching song, “What a Mother Does,” Steele sings about all the unseen tasks a mother does to keep a house running, especially in a traditional 1940s home, and she sang that song so well that it almost brought a tear to my eye. In a bit of an opposite, emotion wise, the song, “A Major Award,” sung by “The Old Man” LeBaron, is full of amusement, and the choreography in that number adds to that amusement, complete with a fantastic props addition that deserves a special shout out to props master Silas Stott. Fans of the original movie will really enjoy this number and the way they have escalated some of the original humor to great effect.

Seeing that this musical is based on a movie that is considered one of the Christmas “classics,” there are some things that meet expectations, and some things that may be left wanting. On a personal level, I find the musical adaptation is actually more entertaining than the original source material, but others may feel that some of the choices of what was left out and what was brought in have taken away from what is or was a dear memory for them.

Additionally, holiday productions in the Utah theatre community have tended to be repetitive in nature and lack the variety that one might hope to see. A Christmas Story is one of the more recent shows that has been added to the repertoire, and it is wonderful to see this added to the seasons that we are asked to attend. While stories like a Christmas Carol are classic and timeless, it is wonderful to see companies branching out to newer material. It is my hope that other companies will follow suit and find other stories to tell and scripts that can bring out holiday cheer but also include newer music and newer ideas. While this musical is newer in some ways, being based on an older movie, some of the tropes are older, and it would be interesting to see shows that have a more modern spin added to the holiday rotation.

A Christmas Story plays on the Barlow Main stage through December 23, 2021, Mondays through Saturdays at 7:30 PM and 2:30 PM Saturday matinees at CenterPoint Legacy Theatre (525 North 400 West, Centerville). Tickets are $18-$30. For more information please see their website. 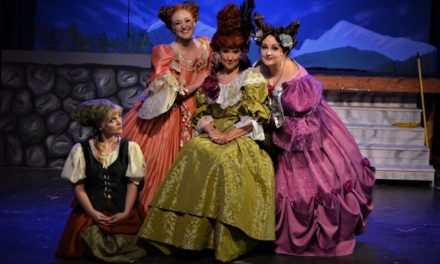