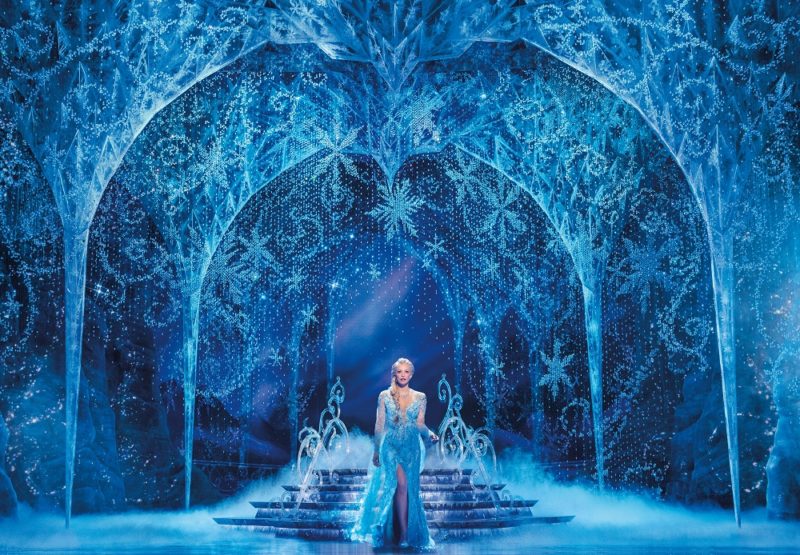 SALT LAKE CITY — Unless you have been living with rock trolls in the mountains, chances are high that you have at least heard of a little movie called Frozen that came out in 2013 and became the fifth highest grossing film of time. As a mother of two girls, now 6 and 10, I can quote most of the movie for you by heart at this point. So, it is fair to say I went to see Disney’s Frozen at the Eccles feeling fairly familiar with the source material, but I was pleasantly surprised at the fun new songs and infused material that gave a fresh new spin and more grownup feel to the story we know so well. 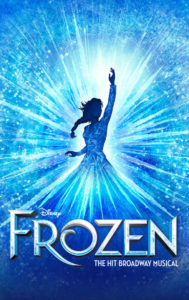 The new musical, which premiered on Broadway in March 2018, has a book written by Jennifer Lee who wrote the original script for the film. With music and lyrics by Kristen Anderson-Lopez and Robert Lopez who keep all the best songs of the film but intricately weave in over a dozen new melodies that give a lot more focus on the internal feelings of the different characters. Director Michael Grandage masterfully commands the production to be everything you could wish from a big spectacle Broadway musical.

The entire cast and ensemble must all be commended. Leading the show are the two princess sisters, Elsa and Anna. Elsa is portrayed by Caroline Bowman, who exceeds all expectations. You will not be thinking of Idina Menzel when watching Bowman’s thrilling performance. I was impressed by the vocal range that the new songs required as well as the power belting Bowman shows when she brings down the house at the end of Act I with, “Let It Go.” The new songs also require acting depth in Elsa’s song, “Monster,” where Elsa has to consider whether she is a monster or not, and Bowman powerfully portrayed raw emotions with gravitas and dignity as she asked herself if it would be better to live or die.

Playing the adorable and quirky “spare” to Princess Elsa’s “heir” is Caroline Innerbichler who absolutely shines as the endlessly lovable Anna. Innerbichler’s voice is sweet and strong, and she has great comedic timing throughout the production. Innerbichler’s big, beaming smile lights up the stage in practically every scene as she effortlessly captures Anna’s unbridled positivity. Anna’s connection to her sister, Hans, and Kristoff is likely one of the most important ingredients to this show, and Innerbichler connects and harmonizes beautifully with each. My favorite laugh-out-loud moment was when Anna and the dashing Prince Hans (played by Austin Colby) sing, “Love is an Open Door,” together. The song is funny by itself, but then a dance break is added where Anna and Hans have the funniest pas de deux I have ever seen. Choreographer Rob Ashford has the pair oscillate between Astaire and Rogers-type graceful partnering to busting out the funky chicken and booty shaking.

Colby brings a great flair to the handsome thirteen son of a King of the Southern Isles and makes it easy to see why Anna could so easily swoon for him at first sight before his true colors are revealed. While Hans seems perfect at first glance, Kristoff, played by Mason Reeves, exudes the diamond-in-the-rough charm that made Kristoff such an unlikely Disney hero. When Anna dances with Kristoff, there is a totally different feel. He has a raw, krumping style that is freer and more expressive than Hans and shows Kristoff’s own magnetism.

With the magic of the theatre, Sven and Olaf are not forgotten but come to life through intricate puppetry. Sven is a beautiful puppet, brought to life quietly by Collin Baja and is a sight to behold.  Olaf, played by F. Michael Haynie, is a surprisingly expressive rod puppet that requires Haynie to sing, dance, act and manage the puppet’s acting on top of that. Haynie juggles all this and steals focus at every turn, especially during Olaf’s big number, “In Summer,” which has been updated with playful references.

In theatre there is a saying that there are no small parts, only small actors. This saying is particularly true in this show for a, “small actor,” Robert Creighton. He plays the most dubious character you will love to hate, besides Hans, who makes the idiosyncratic emissary memorable.

Both Young Anna (Olivia Jones) and Young Elsa (Natalia Artigas) are great things that come in small packages. Both young ladies have angel voices and impressive comedic timing as they build an imaginary snowman in their room. 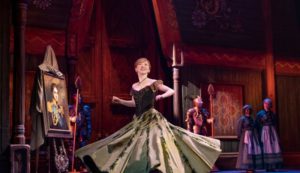 Oaken, who had a cameo in the first movie as a goofy trading post operator, now gets to open the second act of the play with, “Hygge.” This might be the best song added for the stage play. It is a polka party meets big chorus number, meets fan dance as the Scandinavians emerge from a clown-car of a sauna and joyfully flagellate themselves with birch boughs in a laissez-faire attitude they explain as, “Hygge,” before Kristoph brings the mood back down to reality by reminding them that if they don’t stop Elsa’s eternal winter, they might all be dead in a week—which will definitely NOT be hygge.

The acting, singing, and dancing are all impeccable in this production, but what really gives it the full Broadway magic are the outstanding technical elements. The live orchestra, led by conductor Faith Seetoo, sound amazing and bring each moment of the play to life.

Christopher Oram’s set design is mind-blowing as it bears layers of visual effects, from a back screen of sky that conjures a perpetual swirl of the Northern Lights and an intricate grid of snowflakes. Olaf’s song, “In Summer,” magically transformed the stage into a postcard from the beach as part of the stage somehow folded open like a pop-up book to whisk Olaf into his Summertime daydream. The sheer scale of all the sets is massive, and I was awestruck as it flowed from palace to mountain top ice fortress and back.

Most mystical of all theatre magic was also designed by Oram who designed the costumes for the show. Elsa’s coronation dress and royal robes change into a shimmering ice queen so quickly that if you blink you will miss it during her, “Let It Go,” moment. This part brought audible gasps from the audience and not just from the children. The other costumes were an excellent mix of the looks from the movie as well as new additions, such as more practical snow clothes for Anna so she can scale an ice bridge on stage.

Lighting design by Natasha Katz also brought magic to the stage as effects turned parts of the stage to ice and somehow, with Oram’s costumes, made Anna truly appear to have been turned to ice when she stepped between the crying Elsa and Hans, who was about to strike her down.

This musical is a magical night for everyone. The youngest patrons I saw were only three or four, dressed in costumes, and squealing in anticipation for their princesses and the songs they love to sing over and over. However, the show has really been updated for adult enjoyment. The night is full of surprises and laughs as it tells the story we know in a new way and makes us fall in love with it again and thaw even the most frozen of hearts.

The North American touring production of Disney’s Frozen plays at the Eccles Theater (131 South Main Street, Salt Lake City) Tuesdays through Fridays at 7:30 PM, Saturdays at 2 PM and 8 PM, and Sundays at 1:00 PM and 6:30 PM through November 13, 2021, before moving on to other cities. Tickets are $25-$165. For more information, please visit their website.