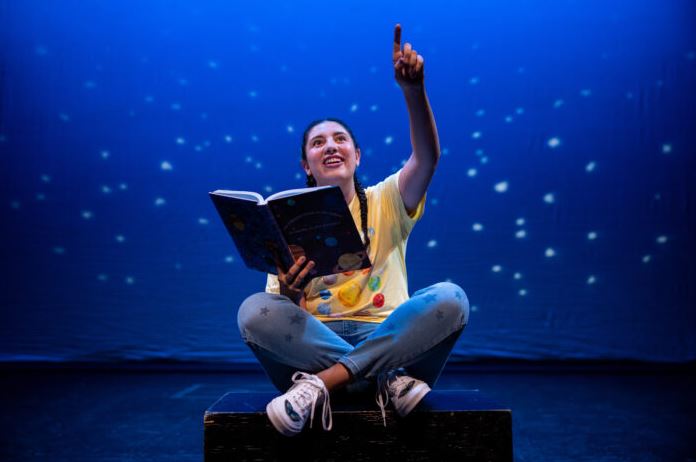 PROVO — After a year of streaming productions, Brigham Young University’s Theatre and Media Arts department is once again mounting plays before a live audience. The department’s first production is Luna, a bilingual play for children. It is a fitting choice for the university’s family-centered culture and its sponsoring church’s increasingly multicultural membership. Luna is noble in its goals, but fails to entertain sufficiently.

The main character of Luna is Soledad, a curious girl with a passion for astronomy. As the daughter of migrant workers, Soledad moves frequently to new schools and new towns, and her only constant friend is the moon. Over time, Soledad finds ways to make permanent friends who are her own age and also grow more confident in her thirst for learning.

Playwright Ramón Esquivel is ambitious, and his script bursts with messages for children about the value of curiosity, how to make friends, being courageous, and more. This means that Luna is a script that tries to do too much in its 45-minute run time. Themes are dropped for 10 or 15 minutes at a time (which is an eternity in a young child’s attention span) before being hastily addressed again. As a result, I left the show unsure of the playwright’s main goal. Was it to encourage kids to make friends with someone different? Was it to build curiosity about space? Was the play supposed to show kids the value of an imaginary friend? It is hard to tell.

Moreover, Luna does nothing unique. I have seen two other recent theatre for young audience productions that mixed Spanish and English, including one at BYU just three years ago and another university’s production that is being remounted this month. The trope of mixing languages in a theatre for young audiences play is starting to become a cliché, and in Luna it was done much less artfully than in other productions. The unfocused lessons also reduce the play’s impact and make me wish that local children could see a different show.

Given the limitations of the script, director Kris W. Peterson has created as fine of a production as can be expected. The play flows well, and there is a charm in the moments when Luna (the moon, played by Temple Nguyen) gets the audience involved. The interactions between child characters are a highlight of the play and the closest it gets to realism. Peterson has a strong grasp on child behavior and can get her young adult actors to mimic the mannerisms of children well.

Ellie Ostvig stars as Soledad, and she is comfortable portraying Soledad’s loneliness and frustration with the family’s constant moves. The ease and innocence that Soledad had when talking to the moon was a satisfying character choice. On the other hand, Soledad’s relationship with her mother (played by Joy Pizorno) and father (played by Valerie Elena Howell) lacked emotion. Casting a female performer as the father inhibited the creation of a family dynamic because Howell is utterly unconvincing as a male migrant worker.

Nguyen gives a touch of enchantment to her role as the moon. However, she always delivered her lines directly to the audience—even when talking to Soledad. Consequentially, I found it difficult to believe that there was a tender relationship between the two characters. The decision to have both Luna and Soledad talk stiffly to the audience was probably the most disappointing directorial choice of the play.

BYU’s productions for young audiences are designed to tour, and the set is well adapted to the needs of the Nelke Theatre on campus and the many school auditoriums and “cafetoriums” that the show will perform in. Scenic designer Elise Lacanieta has created two lovely backdrops: a schoolhouse backdrop and a starfield. Switching between the two is easy, thanks to the star backdrop being mounted like a shower curtain, allowing the actors to quickly display the stars or remove them. Costumes (designed by Kyrra Lundberg Elmer) are basic, but pleasing and communicate the characters’ age and social position well.

Luna is a show that tries to do too much and succeeds in little. While there are some pleasant moments, it is far too ill-defined and stagnant to entertain or enlighten its audience.

The BYU Young Company production of Luna plays Wednesday, Thursdays, and Fridays at 7 PM and Saturdays at 2 PM and 4 PM through October 16 in the Nelke Theatre in the Harris Fine Arts Center on the campus of Brigham Young University before touring local elementary schools. Tickets for on-campus performances are $8. Regardless of vaccination status, audience members at BYU productions are required to wear a mask. For more information, visit arts.byu.edu. 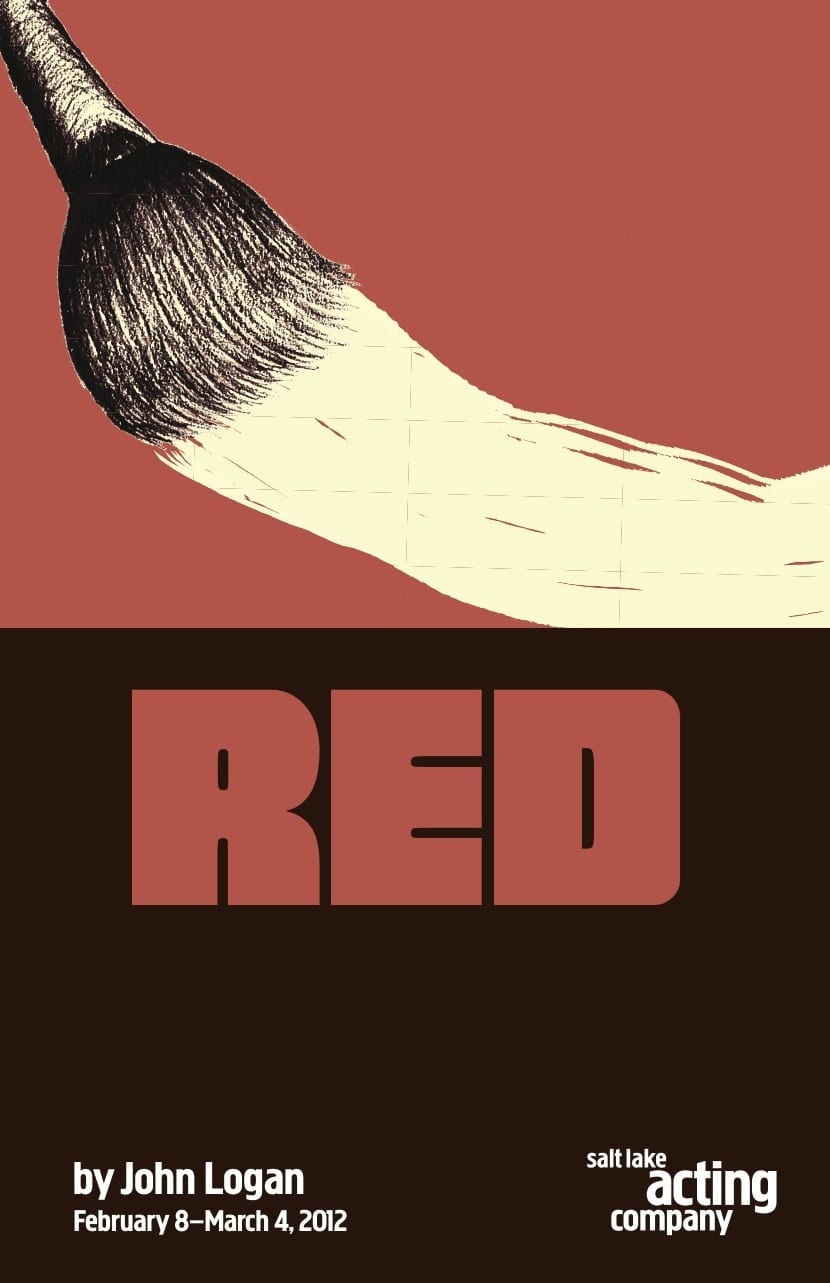 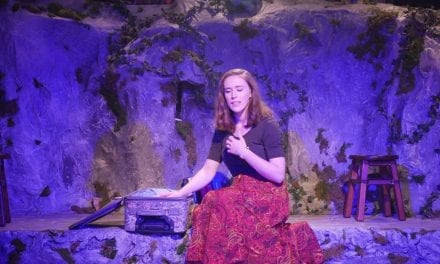