SALT LAKE CITY — Tales of a Reluctant World Traveler is performed and recorded by Randy Ross, as he tells the real-life story of his four-month journey to eight countries in 2007, and then his journey towards publishing a book based on the trip. It is a charming story, though feels like a college professor giving a lecture on their summer vacation, with a slideshow of every picture from the vacation. Maybe if a future, in-person production made that more of a theme of the show, it would be more entertaining. 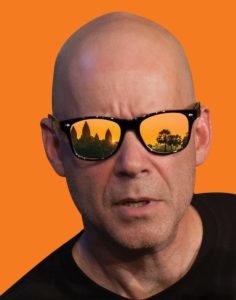 If this was the first story I had ever heard anyone tell about a trip around the world, with all the various people, diseases, activities, and sight-seeing included, I would find it fascinating. But it is not the first travel story I have heard, and Ross’s sounds similar to the rest of them. I spent the show trying to figure out why these stories were more important than the others, and what message they were trying to convey, and never found any solid answer.

That being said, for a production centered around the true story of someone’s vacation, Tales of a Reluctant World Traveler did have some impressive moments. Video camera-placement aside, Ross is a great storyteller and enjoyable to listen to. The script is written very well, and Ross’s life experiences are full of humanity. From my own experiences travelling, I would have to agree that squatty potties are the worst, and as tempting as food carts are, they are always a mistake, usually of the sort that end up with a squatty potty.

Overall, Tales of a Reluctant World Traveler is compelling and sweet, but not unique. The story also dragged on, much to the show’s detriment. 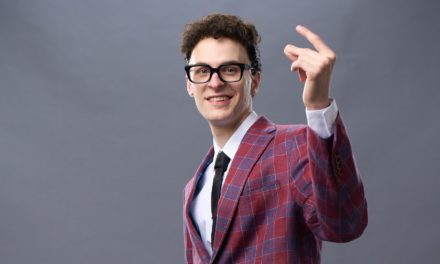