PARK CITY — The Historic Egyptian Theater in Park City is offering an alternative to Dickens with A Rented Christmas, a fun, nostalgic show set in the Depression Era 1930s.  I hadn’t been to the Egyptian Theater in years, and I’m happy to say that, while being as charming as a cup of warm cocoa, it is completely modern without sacrificing its historic ambience. The staff is all upbeat and helpful, and there seems to be an air of real pride in working at the Egyptian. I like that. One rather clever service at the Egyptian Theater: they supply big fluffy pillows for the shorter children to sit on. That’s so much more homey and comfortable(!) than the plastic booster seats that you get at movie theaters.

A Rented Christmas is a fun production, and my companions, my husband and teenage son, and I really enjoyed ourselves.

John Dale (played by Nate Sears) hasn’t enjoyed a “real Christmas” for years. So, on the spur of the moment, he decides to “rent” a Christmas from Anne Weston (Stephanie Ogden), owner of the local rent shop. Anne is surprised with the requirements: a tree with presents, Christmas carols—oh, and also a wife and five children. Anne feels she has solved the problem of a Christmas family by calling the actors’ guild. But the young actors come down with the measles so she turns to the local orphanage. When the guild can’t locate a “mother,” Anne steps in to play the role herself. Based on the short story by J. Lillian Vandervere, the story of how John Dale’s rented Christmas turns into a new life for all concerned makes this a heartwarming, festive story for the holiday season.

The first scene is an introduction to all the characters, dressed in Christmasy, 30s-ish costumes, and all performers are high-energy and animated with lots of movement, creating a beautiful tableau to (excuse the pun) set the stage. Many talented children star in A Rented Christmas: the five orphans that become John Dare’s “offspring,” a few caroling orphans, and the next-door neighbors’ three children. In one scene, all the children gather on the stage, and the poking and prodding two particular boys do is understated (meaning, not bratty enough!), but the gathering of all the kids, along with the adults, will appeal to younger members of the audience. Ten (or so) children sat in the audience, and though several of these kids were running up and down the aisles before the show, all of them sat in their seats throughout the performance, clearly entertained.

My family and I were most impressed with the caliber of the performers. Everyone can sing well, but most especially Ms. Ogden with her pure, sweet soprano, and Jeffrey Owen whose deep, smooth voice makes Briggs the butler into someone who seems both professional and a caring friend to John. On the down side, the musical score was so-so. I had hoped for music that was more reminiscent of the 30s, jazz and big band swing music. The score was probably the show’s weakest aspect, and I wish that the music had been much spunkier. In fact, I’m not sure that the show even needed to be set in the ’30s, since there weren’t any real references to that era, no funny slang from that time.  Period dialogue would have been endearing and sweet in this show, especially during the touching scene when the orphans all have to leave Dare’s lovely—and by then—love-filled mansion.

Nate Sears as John Dare is perfect. He looks and effectively creates exactly what he is supposed to be: a handsome, lonely, rich guy. He has a speaking voice that is not only clear and easy to listen to. (He has missed his calling as a voice-over actor.) Stephanie Ogden, slim and pretty in a prim, correct way, is graceful and totally likable as Anne Weston. She stays in character and I found myself wishing I had someone so enthusiastic and organized at my disposal, just like Dare has found. Anne Weston is probably the best character in the show: she’s fun, completely up for this false creation of family love, and is happy to create a history for Dare and his “children,” getting all the kids to participate as well. Though the story is totally unbelievable, it didn’t matter. Anne’s strength of character and tender heart made me hope that Dare’s cockeyed plan would succeed.

The supporting cast is Briggs (Jeffry Owen) the butler and accompanied by his wife, Martha (Alexandra Marsh). These two are great in the cast, both loving, silly, and Martha is the doting, cookie-baking grandma the pretend family needs. Filling out the cast are two wacky neighbors, the Whitfords (John Burdick and Kim Page), who are hilarious and provide a fine foil for the rather stuffy Dare and prim Miss Weston. The Whitfords, in spite of their goofiness, are surprisingly just what John wants for himself, because these two, along with their three children, are happy and fulfilled.

As often happens on opening night, at the beginning of the performance there were some microphone issues, but they were fixed quickly and the sound was great—not too loud and not too quiet. The singers are accompanied by a trio of young adult musicians: on the drums, the guitar, and a pretty fancy-looking keyboard. During scene changes, the live Christmas carols playing added greatly to the Christmas theme, and I’ll admit it, gave me that “it’s almost Christmas!” warmth and excitement far more than the canned music we hear at the mall.

Our favorite scene in the show is in the second act where all the characters, celebrating on Christmas Eve, gather first the children, then add the adults to sing several carols. I got a lump in my throat. There—I said it! The black, red, and green costumes, the glittering buttons on Anne’s jacket, it all looked sumptuous, beautiful, and very much like a Christmas any family would love to have. Of course, the theme of the show, that you can buy almost anything but you can’t buy the love and security of a real family, is resolved in a typical and unsurprising way. But again, it doesn’t matter. By the end of the show, if Dare hadn’t made his move, I may have been tempted to grab those orphans and take them home with me!

One final minor note: I had hoped that the show would end with the audience and cast all singing a Christmas carol, but I suppose you don’t have to always end a Christmas performance with “Silent Night.” I just like that kind of thing, I guess.

Overall, I recommend seeing A Rented Christmas. Your kids will thank you and you’ll all leave with that convivial, spiced-cider-in-a-mug feeling we all love at this time of year. However, because of its later curtain time, 7:30 PM, parents may want to leave their younger kids home, however. The two children sitting in front of us, probably aged seven and eight, started to droop around 9:00 PM, and the show ended at 9:30. 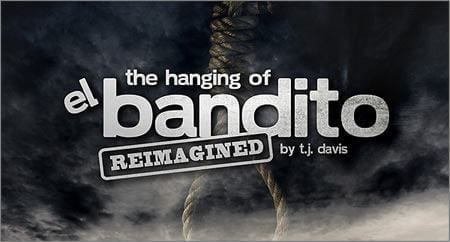 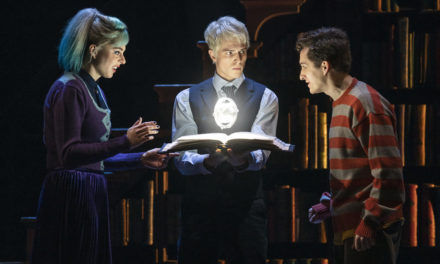