CENTERVILLE — At this season of the year, it is nearly impossible not to run head-long into a version of A Christmas Carol. Many theater companes in the country (if not the English-speaking world) do one version or another of this show at this time of year. In the Salt Lake Area there are probably more versions being done than you can count. Now, I have no problem with this. A Christmas Carol is one of my favorite books, and the story of one man’s redemption from his miserly ways is endearing and very moving. I can quote lines from the book by heart.

So it was with great anticipation that I went to see Rodgers Memorial Theater’s production of Madison Square Garden’s A Christmas Carol, The Musical. This version has a book adapted by Mike Ockrent and Lynn Aherns, with music by Alan Menken (of Disney animation fame) and lyrics by Lynn Aherns. All are Broadway veterans with many notable shows to their credits. The show is almost entirely sung, with relatively few spoken lines, which allows Menken’s gift for melody and creativity to really shine. The ghosts are presented first to Scrooge in ordinary real-world settings before they become ghosts. I like this juxtaposition of the real world and the spiritual in the story.

The visit of Jacob Marley becomes a “chorus line of the damned” with one of the best songs in the show. In a rather interesting departure from the book, Scrooge is at one point presented with the vision of his father being sentenced to debtor’s prison. While inspired by Dickens’s own life, it is a heavy handed way of explaining Scrooge’s miserly nature. And for some unexplained reason they change the name of Scrooge’s fiancée from Belle to Emily. Maybe Menken had had enough of writing music about a character named Belle after Beauty and the Beast.

Rodgers Memorial does an excellent job in presenting this show, and performances are, for the most part, top notch. Director Leslie Warwood has done an excellent job of creating the world of Victorian London for the story to unfold. The chorus is excellent and the singing is wonderful. The one complaint I had was that the sound was generally too loud for the intimate setting. The chorus did suffer a little that night from not always being together with each other or with the recording soundtrack, which is one of the unfortunate pitfalls of canned music.

I was thrilled that all the leads had very fine voices. (The show is double cast and we saw the Tues/Thurs/Sat cast.) Ron Glaitti did a wonderful job as Bob Cratchit. He has a fine voice and portrayed well the burden of a man struggling to provide for his family in tough conditions. Jason Wadsworth as Marley was outstanding. His song, “Link by Link” was one of the highlights of the show. I was thrilled that all the leads had very fine voices. Maegan Madill as the Lamplighter/Ghost of Christmas Past was exceptional! She has a marvelous voice and is a joy to watch. (She was easily one of my favorite people on stage.) Dave Hill as Scrooge was an absolute delight! He was everything you could want in a Scrooge. His blend of anger and humor were endearing and made the transition from miser to philanthropist very believable. And don’t miss Wally Inkley as Tiny Tim. Inkley is, without a doubt, the most adorable child who ever graced this or any other stage. That cute face and voice alone are worth the price of admission. Also Sam Erickson as the young boy who sings a carol to Scrooge and later fetches the turkey was delightful. The children in the show all did amazingly well.

There were elements, however, that were not quite to my liking. While the chorus of damned spirits was excellent, why did one spirit have an obviously fake hand? It was very distracting to see him swinging it about and, at one point, pulling it out of his sleeve to wave around with the other hand. And the while they were spirits, the choreography was a little to zombie-like for me. My wife was not a fan of that bit of choreography at all, and I think I agree with her. The song is great, but suffered in the presentation. Liz Hess as Emily was beautiful and had a lovely voice, but seemed to be rather bored, showing no emotion and not even smiling in her duet with the young Scrooge. Another shortcoming came when we were shown the death of Jacob Marley, but this was done with such young actors that we are left with the impression that the seven years since his death have been excessively hard on Scrooge. Brian Hahn as the Barker/Ghost of Christmas Present had the look and the laugh you expect for that character, and while he did a fine job, I wanted more. I wanted him to be bigger in his character and to see more exuberance. Basically, his actions didn’t match the wonderful laugh. I was also disappointed by the Ghost of Christmas Future. Mandi Morgan as the blind beggar/Ghost of Christmas Future was very talented as a dancing specter rather than the usual “Grim Reaper,” but the whole concept just fell flat for me. Not her fault, but a disappointment all the same.

Having said all that, this is a fantastic show and a great way to spend an evening at Christmas time. Families especially will enjoy this wonderful evening. Sets and costumes were wonderful and authentic. Rodgers Memorial Theater has done an excellent job for their last show in their old theater.

Madison Square Garden’s A Christmas Carol, The Musical, plays through December 23rd at Rodgers Memorial Theater (292 East,  1000 South, Centerville). Performances begin at 7:30. Tickets are $13-$17, with group discounts available, and may be purchased by calling (801) 298-1302.  For more information, visit www.rodgersmemorial.com. 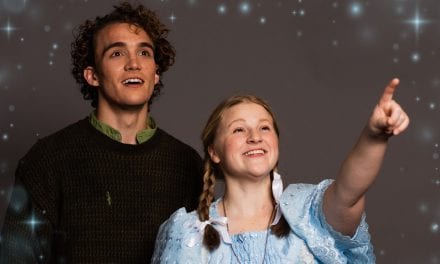 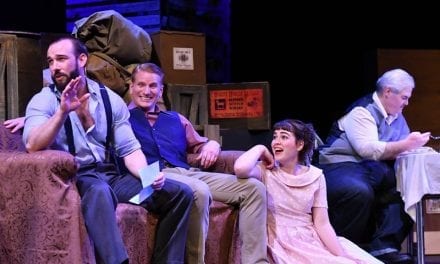 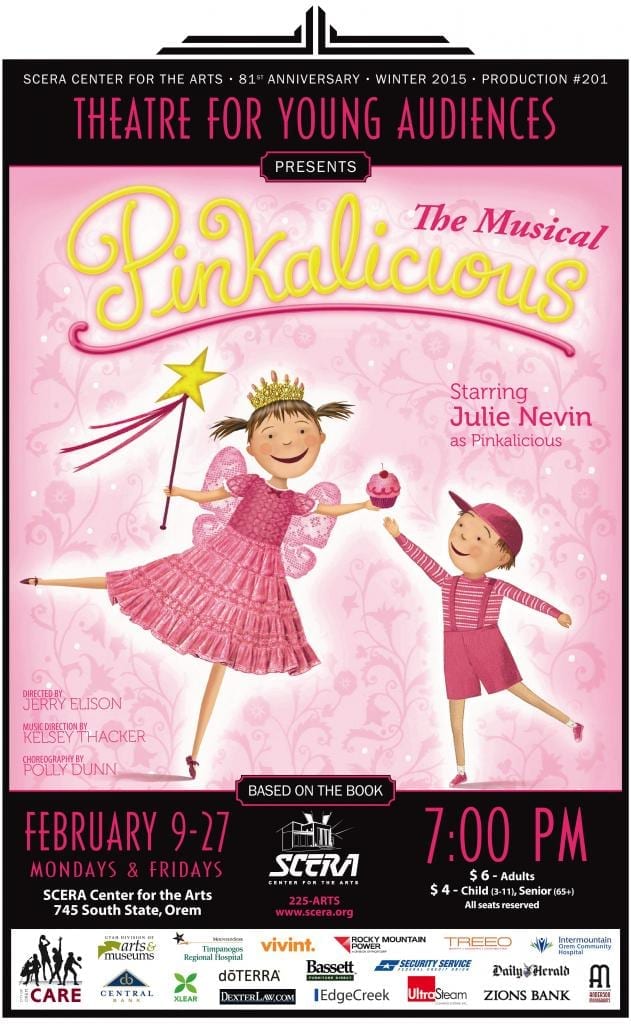