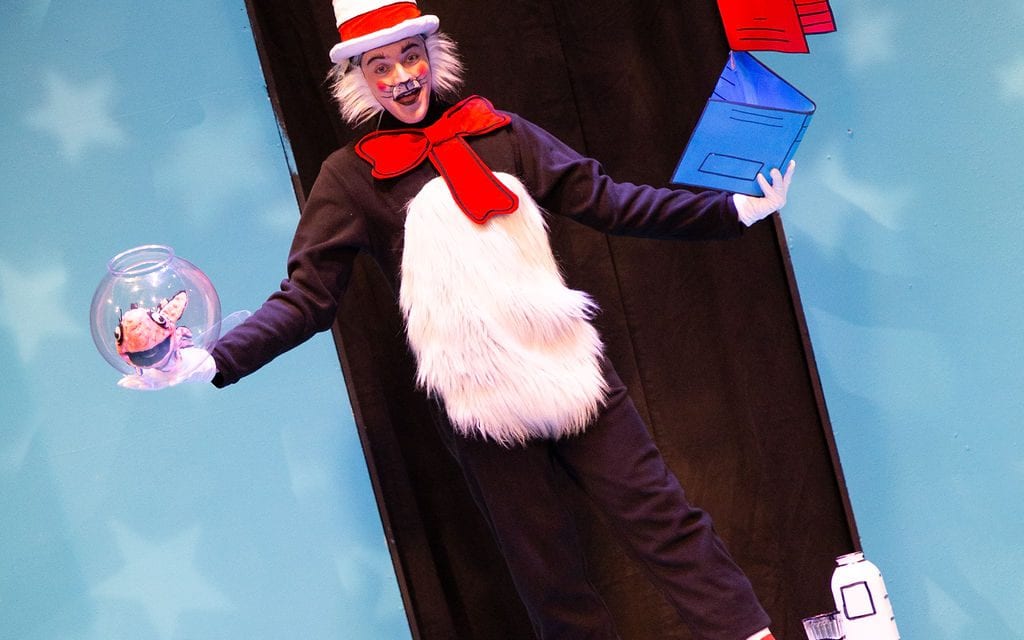 If you find your day is too adult-wordy,

And you want your world to be topsy turvy,

Then sit down with your kids and have a chat,

That you want to spend time with a particular cat…

When you walk into the Parker Theatre, be prepared to walk into the familiar world of Dr. Seuss. In this play for young audiences, the Cat in the Hat will invite you into his world to cause some chaos and giggles.

Tom Roche, who plays the mischievous Cat, said he had to really prepare to play this role. “[I had to] get comfortable speaking in rhyme and making sure I’m really physically specific,” he said. “Everything has a sound cue so if you’re not specific, the sound won’t match.”

The sound design is an integral part of the show. There are many cues and noises that immerse the audience into his world. “I think the tennis [scene] is one of my favorites — the clean up machine is a lot of fun, too! But the real star of the show is the sound and props,” Roche said.

Meighan Smith, the director, said, “Sound also plays a huge role in this piece, it’s basically another character. There will be so much for the audience to take in and they are going to have a blast watching it.”

Because the script is pulled directly from the book, it typically lasts only a half hour. To give the audience their money’s worth in laughs, Smith and the rest of the crew extended the show with an original piece that includes a character called “A Stink In My Think.” This character exists solely to bother Dr. Seuss as he tries to write.

“The first act revolves around [Dr. Seuss] trying to get rid of his writer’s block and I think we tie it into The Cat in the Hat in a really clever way,” Smith said. Adding this original storyline to the world-renowned story creates a unique and exciting chance to see something no one else has ever seen.

If you need to lose your wiggles as the day gets darker,

Get in your flamboodles and drive to the Theatre Parker.

There you’ll find a bedazzled show and lots of snacks,

As you sit down to watch The Cat in the Hat!

The Cat in the Hat runs from January 25th to February 22nd. Shows are Fridays and Saturdays at 7:00 with Saturday Matinees at 1:00 and 4:30. Tickets can be found at parkertheatre.org. 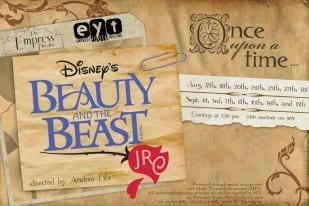 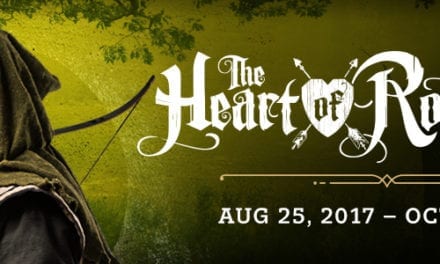 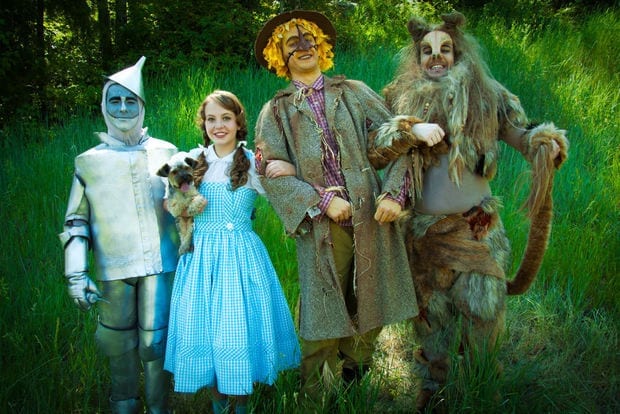 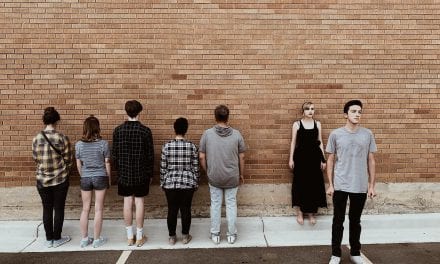