SYRACUSE — With a brief welcome by a Syracuse City Council member, this rendition of Disney’s Broadway musical Beauty and the Beast was everything the audience was promised: the product of “a community that embraces the arts.” With music by Alan Menken, Howard Ashman, and Tim Rice, this “tale as old as time” performed at Syracuse High School was quaint and charming. Directed by LeAnna Hamblin, the production used the entirety of the stage throughout. Individual actors and actresses had their moments to shine, which was an incredible feat considering the gargantuan size of the cast. Thanks to this unique aspect of the production, there was always something interesting happening onstage, regardless of any scene’s mood. Near the beginning of the play in the French Village, countless townspeople went about doing their business as the song, “Belle,” was being sung. There was even one young man who could be seen getting up the courage to give a flower to someone across the stage; Hamblin made sure that every role was important.

There were a couple of small areas in which some improvement would make a large amount of difference in the production. Stage managers Jenny Kingsford and Emily Sorensen should take some extra time to rehearse with stage hands and cast members who are moving pieces in and out of the stage. Set pieces were often being moved at the start of scenes, distracting from the dialogue and story, particularly because the stage hands were completely lit while the actors were not. This set change lag was also highlighted by poor timing on the stage’s lighting, designed by Logan Chugg. Though the colors were bright and appropriate when they were on cue, there were several instances where lights were on during set changes, then turned off when the scene started. More than once, lights would only shine on the background and not on the performers in the foreground until late into the scene. Chugg’s design was good, but the execution of the lighting design was not. A little extra rehearsal would help this production to improve by leaps and bounds.

The set, designed by Jennifer Rowbury, was absolutely wonderful and arguably stole the show. No detail was overlooked. Foldable and movable flats came in and out on the stage to transform the French village, into Belle’s home, and into the enchanted castle. Rowbury created a set that included layers and sections to clearly place characters where they ought to be. In the Beast’s castle, a large painted piece that looked like a circular stained glass window with a rose was the centerpiece for the majority of the play, and was one of my favorite details. In the final scenes when the castle’s inhabitants became human again, this stained glass window was replaced with another art piece straight from the Disney movie. Every piece of the set was worthy of applause—well done, Rowbury.

Costumes that complemented the intricate set were also incredible. Costume designer Lexie Ostler did fabulous work creating outstanding outfits, especially for those characters who were household items in the enchanted castle. Lumiere had large tufts of white ruffled fabric coming out of his sleeves, which he always held up like a Saguaro cactus; Ostler created the perfect candlestick. Another costume to note was that of the operatic Wardrobe. As a living dresser, the Wardrobe was able to open up her own drawers to reveal clothing inside, and she even pulled out a dress for Belle to wear to dinner. The costume and set designs alone are worth the theater experience.

Many of the performers were incredibly talented, and I wish I had the time to mention them all. Belle, played by Mallory Thomas, seemed nervous at first. The first several times she sang on stage, her vocal performance was off key and pitchy; however, by the time Thomas sang, “Is This Home?” in the sixth scene, her confidence helped her vocals shine. Thomas has both the acting and singing abilities necessary for her role and should remain confident in her capacity to do this Disney princess justice.

The Beast was portrayed by Tyler O’Bagy. O’Bagy was good at being angry and at allowing his emotions for Belle to grow and change naturally and convincingly. His true talent lies within his own vocal aptitude and range, which O’Bagy was able to showcase each time he sang, specifically in his performance of the song, “If I Can’t Love Her.”

I must also mention Chip, played by young actor Ty Swensen. The young actor carried his teacup costume effortlessly and was genuine in his naivety and childlike nature, but was never out of place. Swensen has great potential as an actor.

From dancing dinnerware to can-canning cutlery, Syracuse City Arts Council’s production of Beauty and the Beast presented a heartwarming story with the soul of community theatre. Though nothing incredibly spectacular, this show would make for a fun, family night out.

The Syracuse City Arts Council’s production of Beauty and the Beast plays in Syracuse High School’s auditorium (665 South 2000 West, Syracuse) on Mondays, Thursdays, Fridays, and Saturdays at 7:30 PM until June 20, with a matinee show at 2:00 PM on July 20. Tickets range from $5-11. For more information, visit their website. 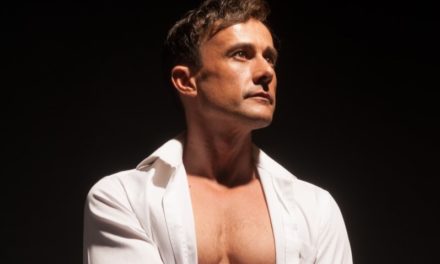 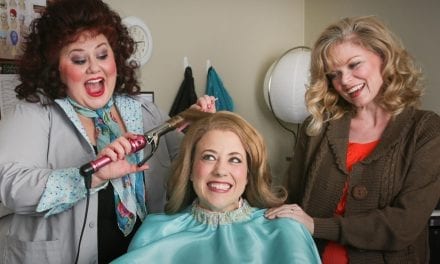 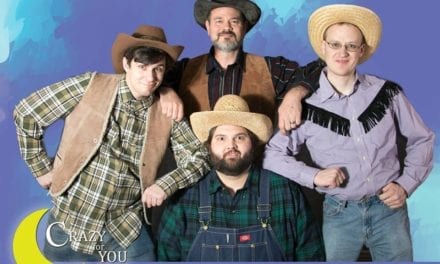