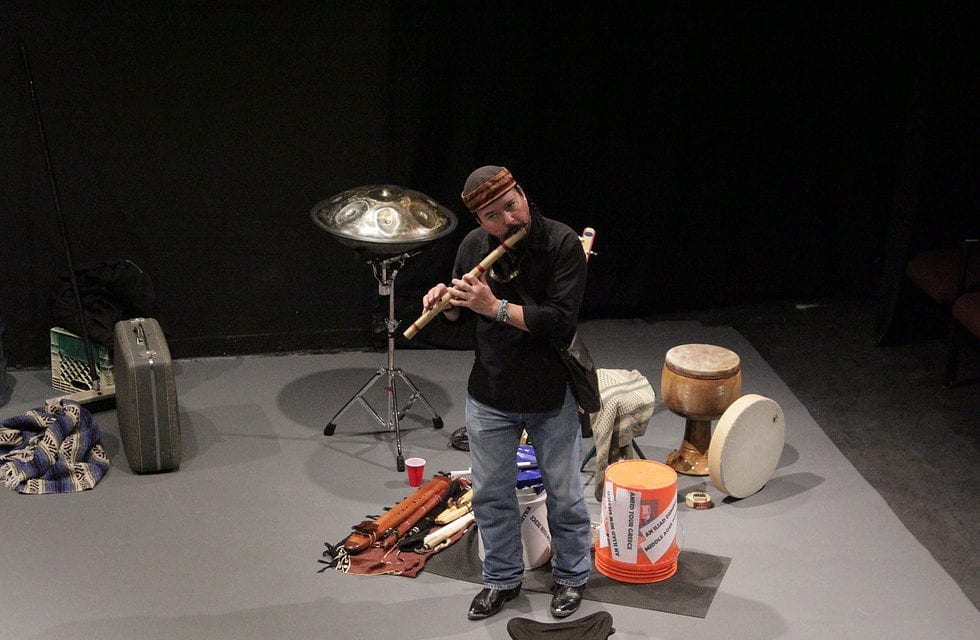 SALT LAKE CITY — American mythologist, lecturer, and writer, Joseph Campbell writes in his seminal work The Power of Myth, “We need myths that will identify the individual not with his local group but with the planet.” This idea of myth connecting us is at the heart of Songs of Un-Creation, written and performed by Algernon D’Ammassa and Randy Granger of Theater Dojo (from New Mexico) and performing at the Great Salt Lake Fringe Festival. Songs of Un-Creation hails back to the earliest form of theater: storytelling. The show consists only of two performers on stage, telling stories and creating music with percussion and flutes. There is no real set to speak of, only the musical instruments artfully laid out which does add to the tone and feel of the show. D’Ammassa and Granger are both engaging storytellers. In the hot basement that is the main stage at the Great Salt Lake Fringe Festival is would easy to feel restless as an audience member, but I found myself hanging on every word.

It’s not difficult to see the parallels for our modern world reflected in these ancient myths of destruction. D’Ammassa and Granger allow those parallels to speak for themselves. One of the strongest aspects of the show was how joyful and funny it was. It’s easy to take the subject of the environment very seriously. It is a serious subject. But to talk about it in a way that was entertaining and light and even hopeful instead of fear-inducing was incredibly powerful.

The final “song” was about the importance of joining together and holding each other up, and in that vein they closed the show with the audience creating their own song. The fact that they were able to include an audience participation element that I enjoyed speaks to the charm and charisma of the writers/actors.

The only real criticism I have is that it was clear that it was a piece of a larger whole. Only when looking at the program while writing this review did I see the note that “Songs of Un-Creation is an abridged version of a new work in progress.” But even without this note it was clear that the ideas were explored but never fully fleshed out in this performance. All the same it was a joyful theater experience and I’m glad I got to see even a piece of this work.

The Theatre Dojo production of Songs of Un-Creation played The Fringe Factory (2334 S. Highland Drive, Salt Lake City) as part of the Great Salt Lake Fringe Festival from July 29 to 31. For more information about the festival, visit www.greatsaltlakefringe.org. To learn more about Theatre Dojo, visit www.theatre-dojo.org. 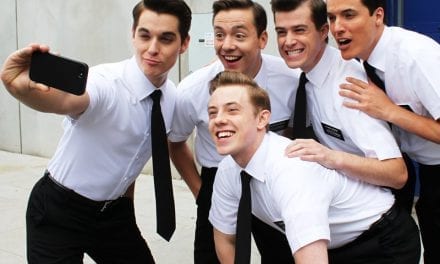 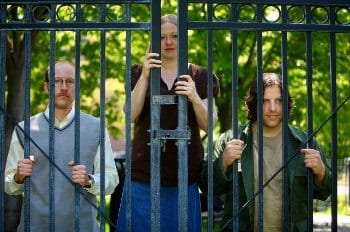 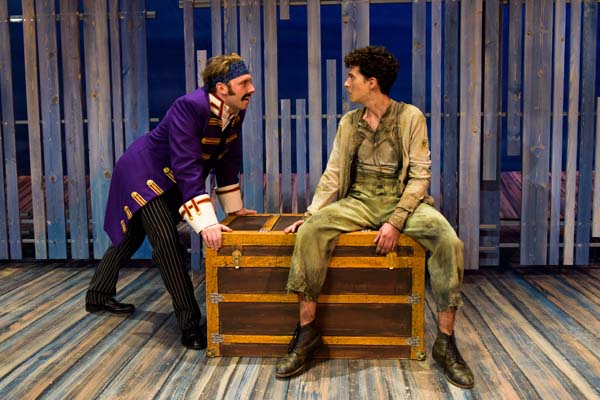