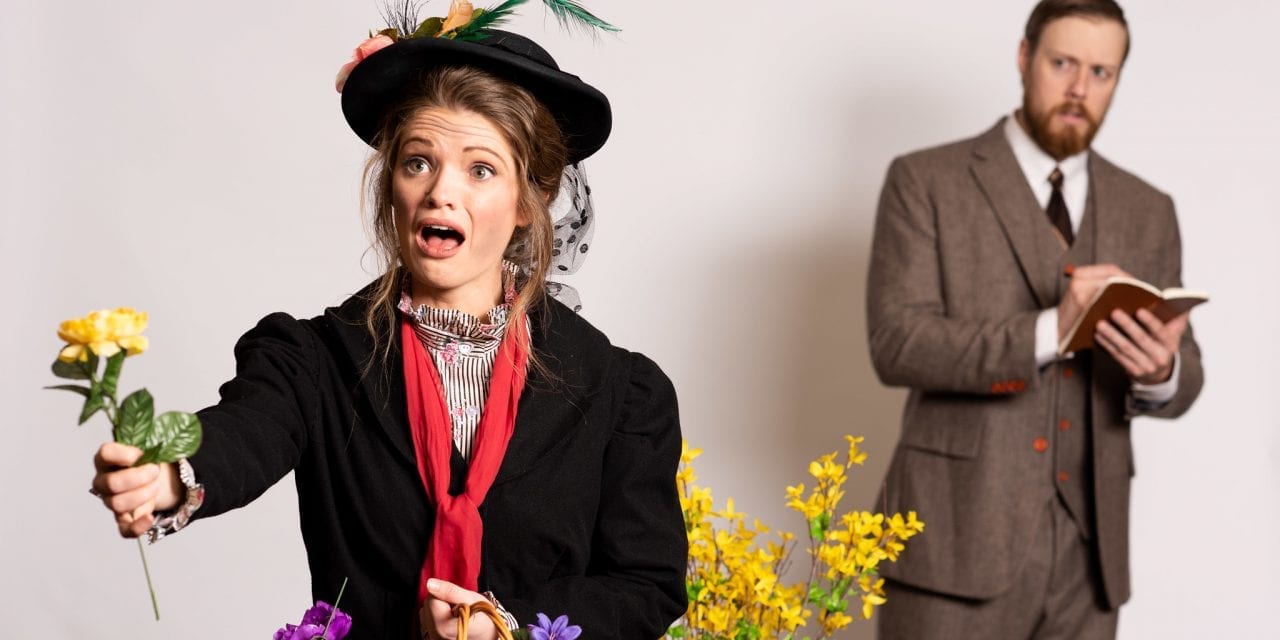 CENTERVILLE — CenterPoint opened My Fair Lady, the classic story based on George Bernard Shaw’s Pygmalion and written by Alan Jay Lerner and Frederick Loewe. The musical first opened in 1956 and is iconic for its stars, Julie Andrews and Rex Harrison, and also the later movie with Harrison and Audrey Hepburn. The CenterPoint production, directed by Maurie Tarbox, is true to the traditional feel of the story that is known so well by many, and fans of the show will be pleased with this rendition. The story follows Eliza Dolittle (played in the cast I saw by Sarah Jane Watts), a young flower seller with a cockney accent and a rough upbringing that has put her in a lower class in London society. Eliza falls into the acquaintance of professor Henry Higgins (played by Andrew Heyward), a rather self-absorbed and confident, albeit talented, linguistics professor that is certain of his talent to teach a person the ability to pass off as upper class in speech and behavior. With the help of his friend and much kinder Colonel Pickering (played by Kevin Burtenshaw) the pair work with house staff lead by Mrs. Pearce (played by Angela C. Brown) to help Ms. Dolittle go from a common flower seller to passing for an upper class woman at a ball. In the process of this transformation, little regard is given for Eliza’s feelings, station in life, and the challenges that may come to her as a part of the experiment.

As a production, the execution of this selection was flawless. I was taken by the set design by Ricky Parkinson, especially the intricacies of Professor Higgins’s study. From the books in the study to the tools for learning, the study did appear as though this would be the space of a man who had chosen to spend most of his time lost deep in thought rather than learning the art of true conversation and connection. Additionally, the costume design by Laurie Oswald was of course something to look forward to when seeing a production of My Fair Lady, and Oswald did not disappoint. The costumes for the Ascot number were a particular favorite, but the ball costumes and even the opening number costumes for the sellers in the street were fun, as were the different outfits chosen for Eliza. Music direction by Tara Wardle was lovely, and the harmonies were spot on, especially some of the chorus numbers, such as moments in, “Get Me to the Church on Time,” and, “With a Little Bit of Luck,” where several of the ensemble gentlemen formed barbershop harmonies that were fantastic to listen to. Added to the ensemble in these numbers was the comic relief of Eliza’s father, Alfred P. Dolittle, played by Chuck Gilmore. Gilmore shows a great deal of talent in these numbers, and the choreography, by Marilyn Montgomery, was also best showcased in these songs. It would be a shame to not also mention the endearing character of Freddy Enysford-Hill, played by Christian Lackman, and his lovely song, “On the Street Where You Live,” that was the sweetest way to end the first act. Lackman had a clear voice and was a joy to listen to. As the two leads, Watts and Heyward had a strong chemistry that played well off of each other and that built an interesting relationship. The direction given by Tarbox left me with an interesting feeling about the full production where I am left to wonder if I even like the play itself. This observation is not a criticism of CenterPoint’s execution of the show, which I found flawless, but of the original source material by Shaw, Lerner, and Loewe. Watts was on par completely with her growth as a character, and I felt my own blood boil for her, especially in the number, “You Did It,” at the top of act two when the two gentlemen characters fervently congratulate themselves for all of the hard work that Watts as Eliza so aptly portrayed throughout the show. Moving further throughout that act, as Heyward amusingly yet even more absurdly sings a, “Hymn to Him,” about how he wishes women would be more like men, showing his own carelessness in not noticing just how unkind his behavior to Eliza was. The frustration in me as an audience member had built so that when Watts sang the number, “Without You,” with such power and strength I felt the need to almost stand and applaud as she hit her final note. I was then bewildered with her choice in the final scene, hence my confusion as to my opinion of the overall piece of work. I commend the team of actors for their ability to put such depth into the characterization that it left me with a great deal to ponder, but I am still not sure that I understand the motivation behind Eliza’s final choice. What was it that Shaw wanted us to feel about Eliza? And what should we learn about others when we look at them and judge them because they speak differently than us?

CenterPoint’s My Fair Lady immersed me in the world and story with their excellent costume design, set design, and music direction. Their actors were likewise magnificent, making their characters so realistic and deep that I was forced to think about the meaning and implications of the story in a way I haven’t before. CenterPoint does the show justice; fans will not be disappointed.

My Fair Lady plays nightly (except Sundays) at 7:30 PM and Saturdays at 2:30 PM through July 13th on the Barlow Main Stage at CenterPoint Legacy Theatre (525 North 400 West, Centerville). Tickets are $19.50-27. For more information, visit their website. 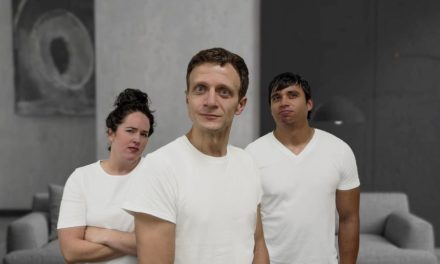