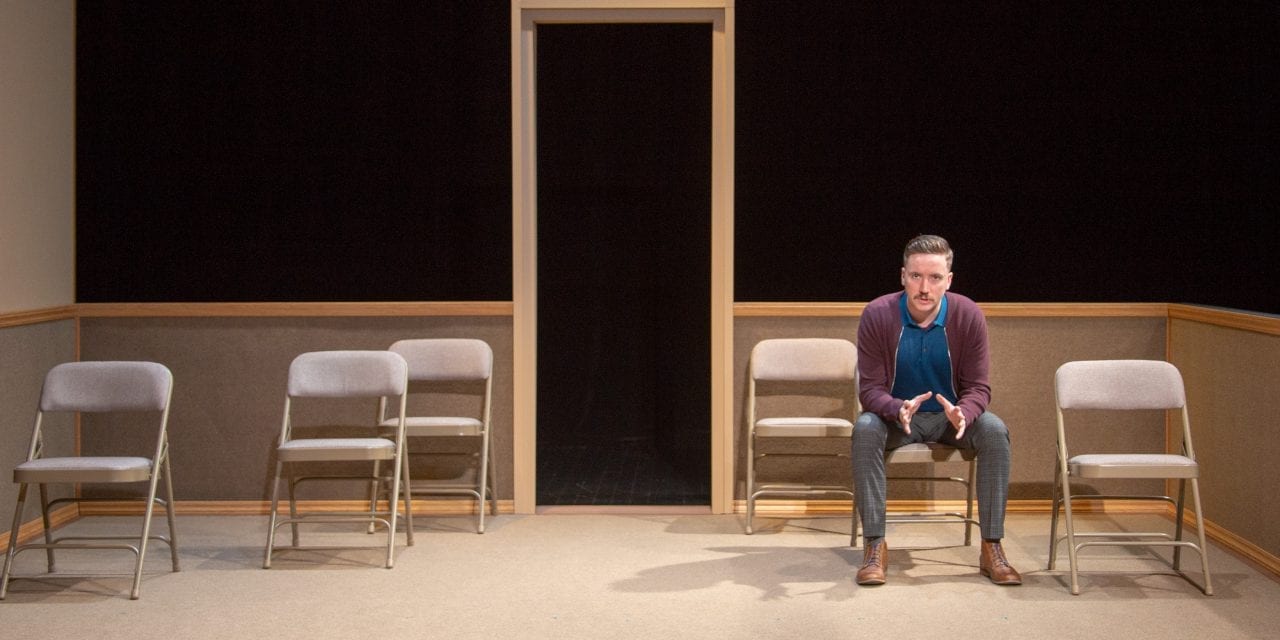 I took my sister-in-law with me because she has a strong connection to the LGBT community and was very interested in seeing this show. It was a very emotional experience for both of us, but for her especially. The play tells the story of a gay man who, the day after marrying his boyfriend gets a letter from the Mormon church (which now prefers the name of The Church of Jesus Christ of Latter-Day Saints, but I’ll stick with Mormon for better clarity on the reader’s part), telling him he is invited to a disciplinary court to make a decision on his membership in the church. Then each member of the disciplinary council, or “council of love” as Greene puts it, speaks through the one-man performer, Austin Archer, with his opinion and belief about what should be done.

As the show began, my sister and I admired the clear handiwork of the set, designed by Keven Myhre, with the inner wall of the church meeting room having that scratchy carpet-like material on the bottom half, and the cushioned folding chairs lined up along the back wall. (For us, it was a good Halloween experience because our memories of that space were scary.) At the center was a door frame with a single stage light set up high on the black wall behind, which was used at the end of the play, causing a powerful back lighting effect on Archer as he makes a final statement. Matthew Taylor was the lighting designer, and it seemed the lights dimmed or brightened based on whether Archer was speaking as a character in the room or narrating the backstory. 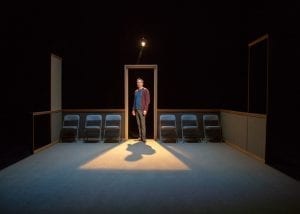 Director Jerry Rapier was able to draw an interesting effect by having Archer slowly move the chairs further forward while speaking as each character, and at the point where they all take the same side, the chairs have all moved from a straight line along the back wall to a straight line downstage, like a wall of judges staring out into the audience. I also thought the movement and blocking was engaging, like when Archer crosses from stage left to down stage right to break out of a character back into himself and give some of his opinions of what had been spoken, adding some humor to the serious and embarrassing situation he was experiencing.

Archer did an amazing job playing each role. As Brother Stillman, he took on a more elderly persona, and through the way he talked, I felt like I could see his big gray comb mustache. When he became the more easygoing character, Archer had a bouncy note in his voice and more generous looking mannerisms, spreading his arms wider and more frequently. Not only were the different voices fun, but he delved deep into the emotions of each character so that I could see the real person behind each voice. As a result, I felt like I could empathize with each one, no matter what they said or believed. That was an amazing feat by Archer because he could have easily made a couple characters seem less human and merely “bigots.” But he chose to make them as real as possible so that we the audience could choose based on our own experience, rather than be led by the actor’s preconceived opinions.

The ending was tearful for many in the audience, including my sister, and I was touched by the message I got from Greene’s handiwork. I am grateful they shared this story, and all the experiences contained in it. This is appropriate for adult audiences and the content is specifically valuable to anyone with past experience in the Mormon church. I’m glad I got to see the 75-minute, one-man show, and I hope to see more of Greene’s shows in the future. 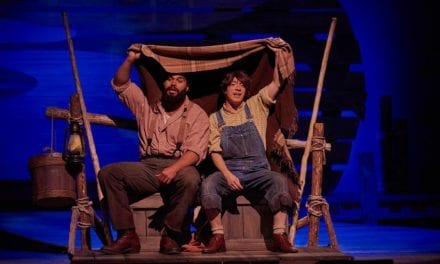 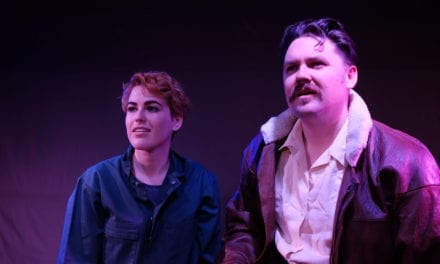 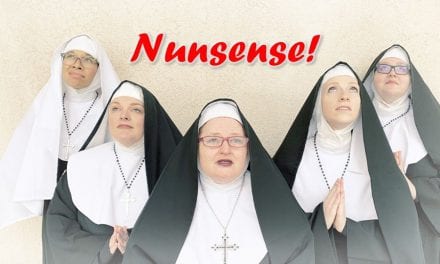