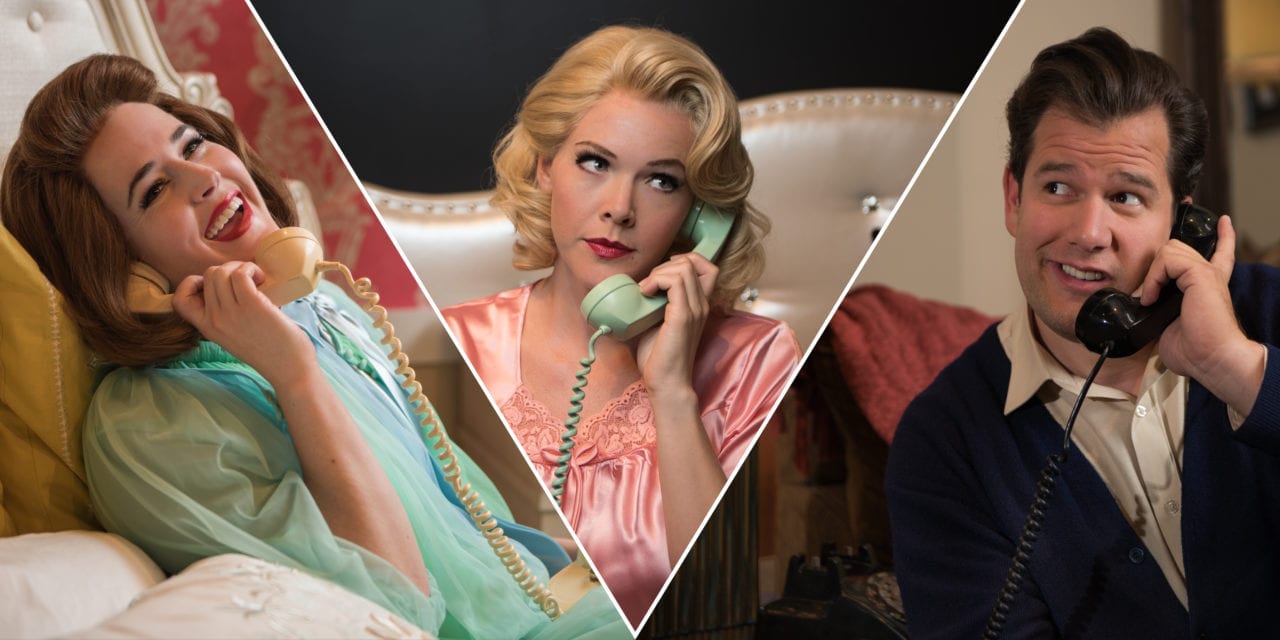 OREM — Pillow Talk, played at the Hale Center Theater in Orem, was a delightful experience. The movie was adapted to a play by Christopher Sergel, and this performance was directed by Barta Lee Heiner. 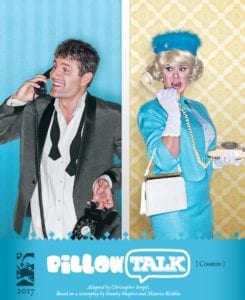 Set in 1958, this romantic comedy follows the drama of two professionals working from home and sharing a telephone line. A woman named Jan is running her interior design business from her home and can’t get and calls though because the man she shares a party line with, Brad, is always on the phone with different women. Unbeknownst to Jan, Brad uses the party line to work on writing his music for a show. The producer of that show is Johnathon, who is also a millionaire who is friends with and interested in marrying Jan. Brad finds out who Jan is from his friend Johnathon and proceeds to play a joke on her by pretending to be Rex from Texas. But Brad really falls in love with Jan, only to have the moment cut short by the Johnathon and others showing up. Once Jan knows the truth, she sets out to play a mean joke on Brad, and by the end she realizes she’s in love too. It was a fun story with lots of laughs.

Heiner must have been an expert at black box blocking, because I rarely had to look at an actor’s back for long, despite the thrust stage. I also appreciated the use of pregnant pauses to add to the humor like when Baird says, “Lack of competence makes you overcompensate.” There were multiple moments like this that I thought were well planned out. Heiner also made good use of the small space, having Geoff Means (as Johnathon) looks out into the audience at a “mirror” on the wall to slick his eyebrows and wink at himself. (Although I was the lucky one he happened to look at this time, so it was more flattery than vanity. Thank you, Means.) But there was a problem with the fluency of the last fifteen minutes. It stopped flowing once Brad commissioned Jan to decorate his apartment and then thinks she will marry him. I didn’t see any hints from her, which could have been helpful. And when he sees the apartment and gets so mad, he doesn’t seem like someone Jan would fall in love with, yet she does. I think breaking the physical touch barrier more during these moments would have helped this problem.

Means, was by far the most engaging actor, followed up by Alma, Jan’s maid (played by Karen Baird). These two had the majority of the punchlines, and they also had a lot of energy about them. A lot of Means’s humor came from his reactions when he wasn’t speaking. For example, after he heard Jan was breaking their date to go out with another man, he flung his arms sideways in a half-hearted attempt to steady his balance and dropped his jaw in between a look of shock and about to barf. It was a priceless moment. Another was when Brad took his glasses off and tossed them, which suddenly made Means nearly blind as I could clearly see from his facial expression change from direct and piercing to startled and confused. Alma was so fun with her Italian sounding accent and big arm movements that always emphasized what she was saying. Her posture and mannerisms fit her character so well that it was hard to imagine her being anyone else offstage.

Heather Shelley performed as Jan. I loved her impression of the kind of acting often seen in 1950’s flicks. She was so good at her little movements, expressions, and mannerisms, like when she is talking to the telephone company secretary. However, the first five minutes she was on the far north side of the stage and being on the south side audience, I had to strain to hear her. Additionally, Shelley seemed to struggle with energy, and sometimes I was bored watching her, such as when she was complaining to her maid about men. Shelley performed her role well enough for the show as a whole to work, though. On the other hand, her business partner, Pierot, played by Jaren Hinckley, was wonderful at his mannerisms. With his gray mustache, he looked just like Will Ferrell on SNL, and that was endearing for me. 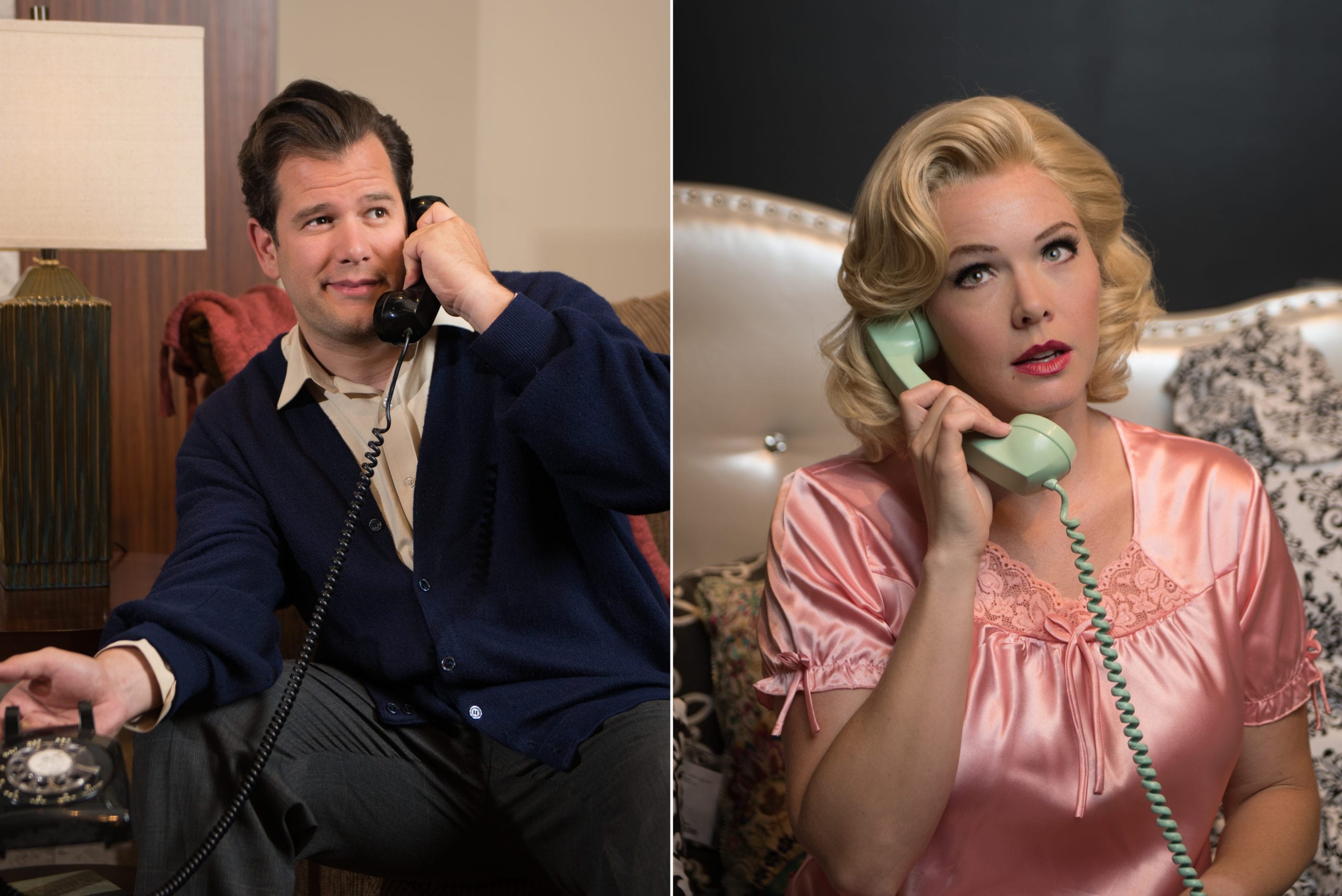 Brad was played by Kevin Goertzen, and though he was talented and able to pull off the role effectively with his smooth transition between a New Yorker and a Texan, I didn’t notice much energy supporting his character throughout the night. His character has moments of tiredness, but those were all meshed into the whole performance. As a result, when he reached the transition to believing the girl would fall for him, I didn’t see his acting as truthful. It looked more like he had gone off his rocker at that point. Yet, there was one big highlight of this show that Goertzern pulled off that truly made Pillow Talk an enjoyable romantic comedy, and that was his first kiss with Jan. It was slow and meaningful and sensual and all the things a theater-going girl ever wants to see in a romance.

I appreciated the way set designers Bobby Swenson and Cole McClure chose to set the stage in such an intimate space with a large audience. There were two apartment living rooms set up diagonally back to back by each other and the walls and front doors were cut in half in an artistically pleasing way and low enough that while sitting on the south side of the stage I could see both sides satisfactorily. The actors were wonderful at maintaining the image of the rest of the walls and doors throughout the show so that the illusion was not shattered, with the exception of one unique moment I will discuss further down. Cody Swenson‘s lighting design and Andy Keele and Cole McClure’s sound design were pretty classic for this play, and there was even a moment when I was astounded at the perfection of how quickly the lights shut off after the punchline “the Saint Regis,” which made that moment particularly funny. I did wonder, however, why there was no background music throughout the show. The audience listened to fun dancing music of the 1950’s before the show began and during intermission, but without any background music in scene changes or at other times, this show seemed too quietly unnatural.

And now for the unique moment with Johnathon which I promised to share with you. This was the highlight of the whole night, the funniest moment, ending with nearly the entire audience laughing so hard, including myself and the actors, who almost broke character and couldn’t say their lines for a couple minutes over the uproar. Means was about to burst into the apartment and see the pair kissing, thus convincing him he had “lost the lady.” He tried the doorknob a few times and it was stuck. He was late for his cue. They tried to keep kissing, but he still couldn’t get though. Finally, he reached “through” the invisible top half of the door that all actors had worked so hard to keep the illusion of, and turned the inside handle to open it and stepped in. The explosive laughter was deafening and went on for minutes before they could finish the show. As there were only a few lines left, the punchline at the very end was not nearly as satisfying as the moment before. However, I also thought that ending could have been written better.

So there you have it! Go see Pillow Talk, if not for the fun of the comedic romance, do it for those two actors, Means and Baird. I hope you enjoy your time with them as much as I did.

Pillow Talk plays at Hale Center Theater (225 West 400 North, Orem) nightly (except Sundays) through September 23 at 7:30 PM, and 11 AM and 3 PM matinees on Saturdays and 4 PM matinee on Mondays. Tickets are $14-24. For more information, visit www.haletheater.org. 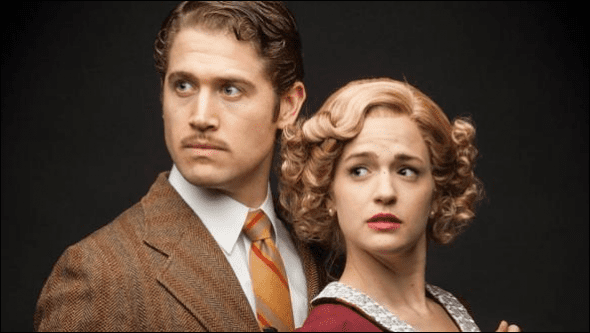 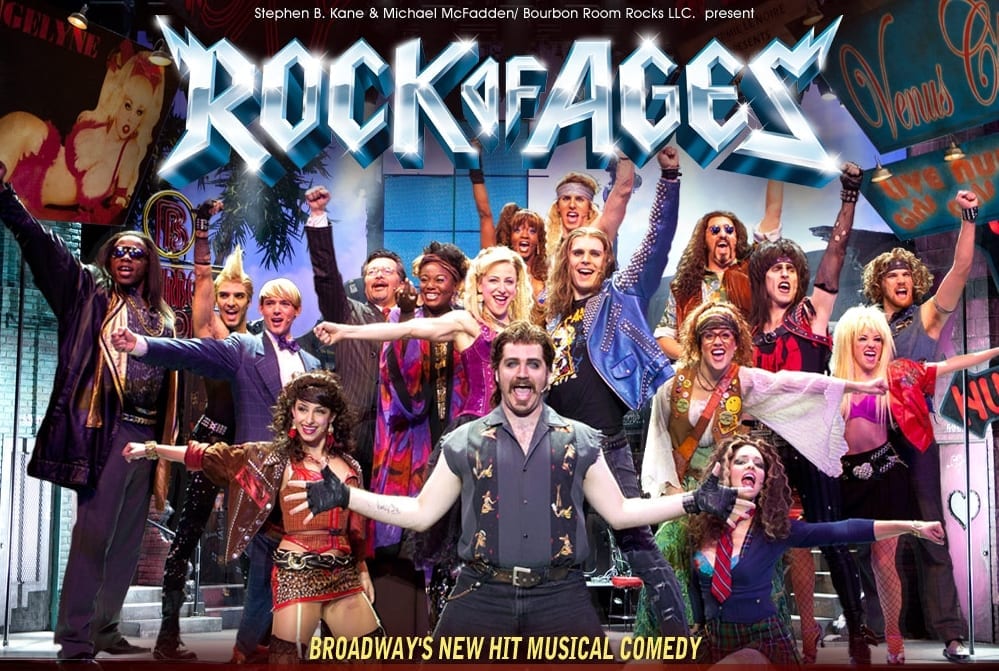