CEDAR CITY — Adaptation is a staple of entertainment.  Yes, capitalizing on a good story in one medium might certainly decrease the risk and up the profits of producing it in another.  And that certainly may have been part of the reasoning behind The 39 Steps when the adventure novel was brought to the screen by Alfred Hitchcock, but I don’t think that sort of reasoning completely follows the intent behind the recent stage adaptation of the film (take special note of those last two words).

The 39 Steps, currently performing at the Utah Shakespearean Festival, is not a stage adaptation of the book.  Definitely not.  It is a literal transplantation of Alfred Hitchcock’s film to a live theatre with an added twist: four actors play all the parts.

The story of the play follows the unremarkable Richard Hannay, sitting at home, desperately alone and dangerously depressed when thrust into the middle of an international spy conspiracy.  What follows is a mad-cap chase across the Scottish countryside mixed with mistaken identities, near-death train acrobatics, deceit and romance as Hannay goes head to head with the mysterious organization known as “The 39 Steps.”

The book/movie is engaging and follows the line of both adventure tale, detective story, and existential quandary as the audience joins the protagonist in a healthy state of confusion with only the hope of understanding at the end of a long journey of carrying on the best we can.

A transplantation of Alfred Hitchcock’s The 39 Steps to the live theatre?  Yep.  When Richard Hannay peers out the window to the street below, two actors in trench coats quickly enter with a 10-foot tall lamppost at their side.  A chase on the train equally follows those quick camera cuts as actors/scenery/props are turned any which way to provide similar perspectives to the stationary audience in the theater.  Director Eli Simon leads a highly inventive collaboration between performer,  designer and technician to bring a fresh, exciting reminder that the boundaries of the stage can always be challenged by our imagination.

Vaughn plays the single role of our protagonist—our only constant in the story.  I felt the strongest connection with Vaughn when Richard Hannay finds himself at a political rally and is mistaken for the featured speaker of the night.  There is real discovery and change in Vaughn’s character as Hannay rallies the crowd to carry on, taking life by the horns and riding out the adventure with the promise that if that’s all you can do, then that’s all you can do.

Ivers and Galligan-Stierle were unabashedly incredible in their performances of well over 100 characters throughout the show featuring femme fatales, spies, farmers (and their wives), salesmen and even the faceless bog.

Throw into the mix Johnson’s unassuming and witty comedy as the several female leads in the production and you have three chameleons of the stage, all honest, witty, and completely convincing.

Regarding the technical aspects of the show, what a thrill to watch.  The lighting, set and costumes really brought film noir to the gilded stage and melded seamlessly into the script and performance.

As a transplantation of the film to the stage, this play is genius, instantly funny, provoking and inventive.  As a farce, this production (I hesitate to place all responsibility on the script) falls a little lacking.  I’m not certain if it was the throw-away references to other Hitchcock films.  Perhaps it was the fact that the play has been advertised as a farce, but the pacing echoed more that of the film which left for quick & witty moments interrupted by much slower and more subtle comedy.  I’m not entirely certain if that pairing works for me.

Still, The 39 Steps follows suit with the quality of production one expects at the Tony-award winning Utah Shakespearean Festival.  These incredible actors, designers, directors and technicians bring a beautiful passion and magic to theatre in Utah.

The 39 Steps plays through August 27, 2010 at the Utah Shakespearean Festival in Cedar City, UT.  Tickets are $29-68.  For more information visit Bard.org. 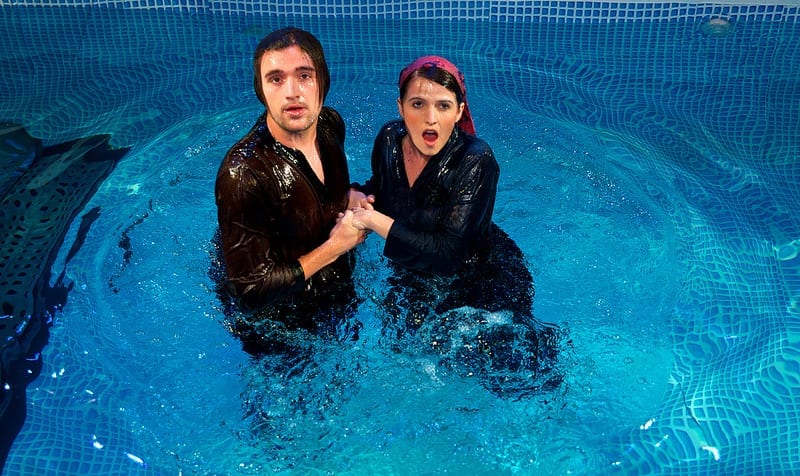 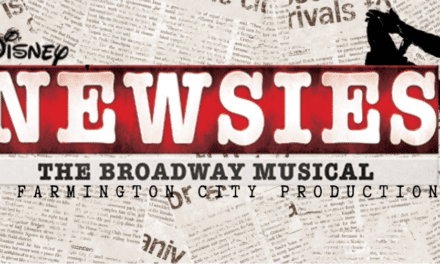 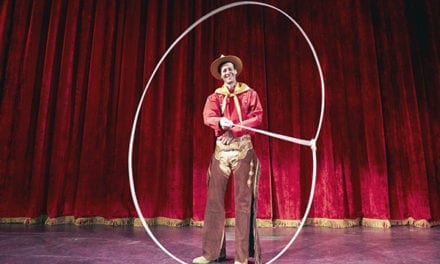 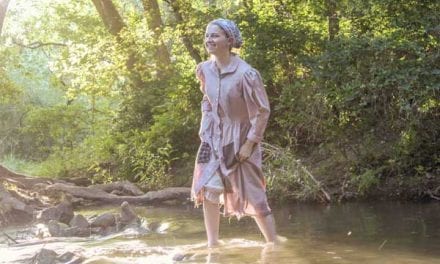